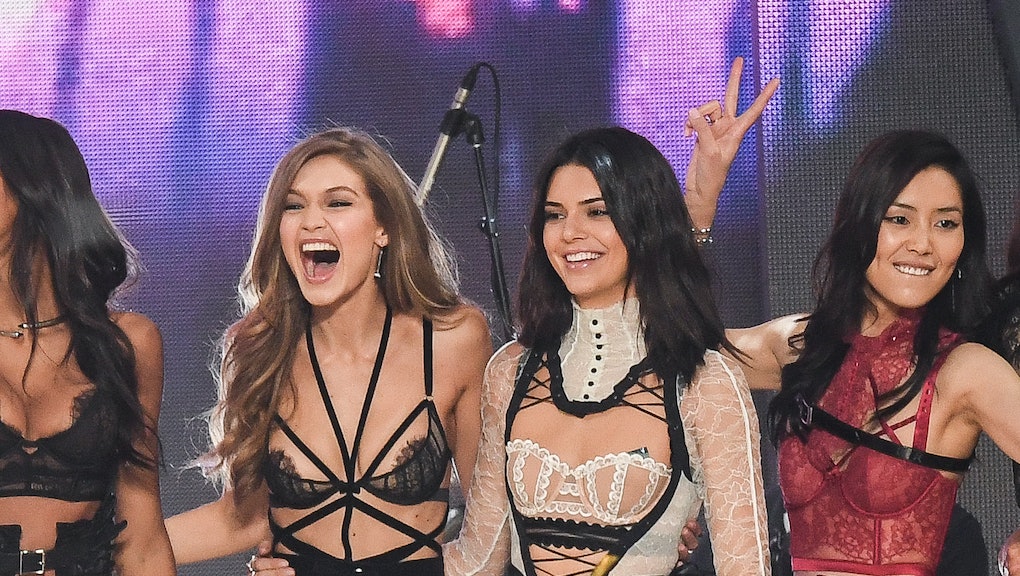 On Thursday, shoe designer Brian Atwood confirmed that models Kendall Jenner and Gigi Hadid will return to the Victoria’s Secret Fashion Show after a season off for both.

“Can’t wait to show you what we have done for the show!!!!” Atwood wrote to his more than half-a-million fans.

While the prospect of two of the highest paid and most high-profile models returning to the Victoria’s Secret runway will likely bolster ratings, it certainly will do nothing to remedy the show’s total and complete lack of plus-size models — a subject Mic wrote about following 2017’s event.

And there’s much reason for 2018 to be the year that things finally change at the VS runway, considering the issue of ratings mentioned above. According to the Hollywood Reporter, the 2017 show dipped nearly 30% from its previous year. Worse, that was just the latest in a trend that’s seen the show’s viewership continue to tick down over the past several years.

One thing those 16 women and the seven mentioned before them all have in common? They’re are all straight-size models.

The most obvious choice for a plus-size model on the VS runway would of course be Ashley Graham. “Victoria’s Secret call me. I will walk your runway. I will wear those wings, honey. And I will wear it with confidence,” she said on Andy Cohen’s Watch What Happens Live in 2017. She even went so far as to post an edited image of her wearing the wings, a photo that garnered 774,000 likes and nearly 10,000 comments.

So could 2018 be the year of Graham? Likely not, considering Graham’s schedule: She just launched her podcast and is hosting an upcoming reality competition show, American Beauty Star.

Still, there are a number of other plus-size models worth consideration: Precious Lee, Tess Holliday, Anita Marshall, Candice Huffine and Liris Crosse, just to name a few that come to mind. There’s certainly no shortage of in-demand plus-size models — only a lack of interest from the folks producing the Victoria’s Secret show.

One might think, given that recruiting stars like Lady Gaga, Rihanna and Harry Styles to perform still haven’t helped bolster ratings, maybe the change is less about star power and more about changing what the show stands for. Perhaps for Victoria’s Secret to buck its continued ratings downfall they need to better represent those tuning in to watch.