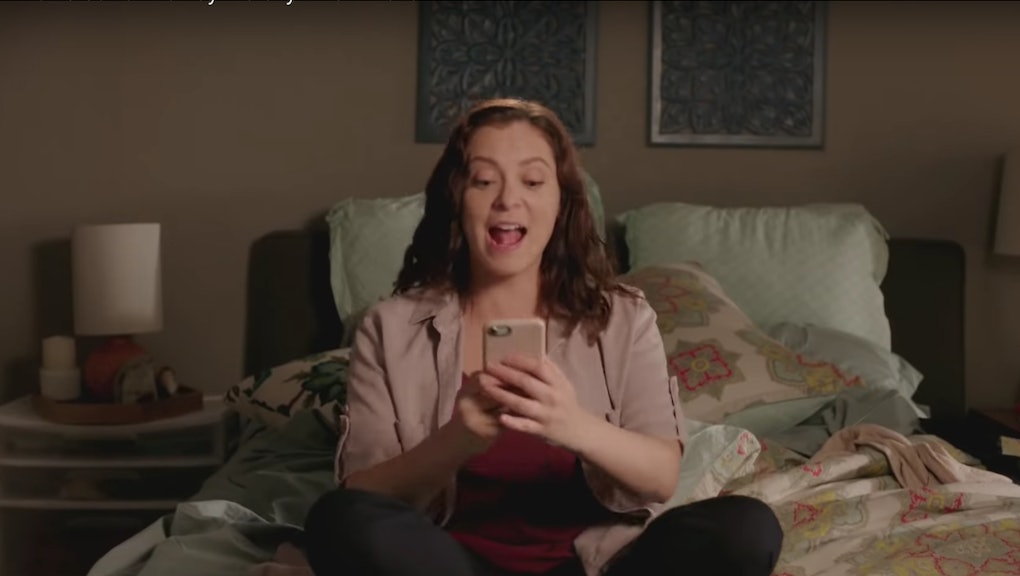 Two episodes into its final season, the wacky, charming and often poignant CW musical series Crazy Ex-Girlfriend is continuing to deftly tackle mental health — all while managing to include at least two original songs per episode.

In the latest episode, which aired on Friday, the show managed to marry a classic, spooky Halloween sitcom episode with a lesson about the ways in which anxiety can manifest in new symptoms. The show’s flawed hero Rebecca Bunch — played by series co-creator Rachel Bloom — is newly sprung from prison and dealing with the public humiliation of being dragged by her local paper, the Daily Covina.

Yet again, the show treats Rebecca’s mental health — this time it’s her anxiety-related agoraphobia — as an essential part of her character, not an external element or a dramatic twist. Getting trapped in her house by her own fears is sort of funny, sort of sad and mostly matter of fact.

Her friends see what’s going on and try to encourage her to come out, because they’re good friends, but that doesn’t work, because friends can’t always help. She makes an appointment with her therapist, Dr. Akopian, but feels too anxious to actually go outside and show up. Ultimately, it takes some time — and the excitement of a ghost story — to get Rebecca to leave her house again.

The episode-long arc is another standout turn in a show that has done a singularly great job among TV comedies of representing a main character’s ongoing exploration of her mental health. Season one saw Rebecca coming up with all sorts of wild, rom-com schemes to land her true love, Josh. Season two made it clear that maybe some of Rebecca’s wild ideas and poor judgment are symptomatic of a larger issue, and that maybe the goofy exploits women take on in rom-coms aren’t actually healthy ways to handle life’s ups and downs. The third season gave Rebecca an official diagnosis of borderline personality disorder, got her on meds and had her in both group and individual therapy.

And even though Rebecca has done a lot of the right things — seeking help from professionals and figuring out treatment plans, which are the sort of unsexy steps that rarely get play on television — this latest episode shows there will always be new challenges for her to work through. Like the song goes, it’s “Two steps forward, four steps back, five more steps back and now I’m back in bed.”