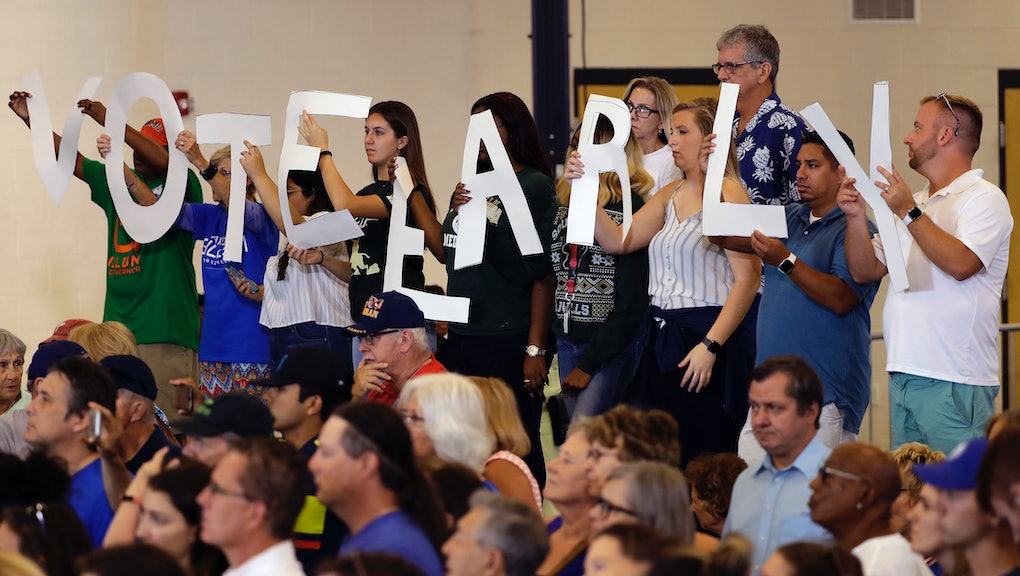 Early voting has begun. Here’s why you should be wary of reading too much into turnout numbers.

Election Day isn’t for another two weeks. However, a number of key states across the country — including Florida, Georgia, Nevada and Texas — have begun to open early voting locations, allowing residents to cast ballots ahead of Nov. 6.

Secretaries of state are releasing data about the demographics of the early voting population, including age, gender and party registration. And a number of reporters are posting those breakdowns, leading onlookers to draw inferences about the midterm election outcome.

But early voting numbers should be taken with a grain of salt for a number of reasons.

First, despite knowing some of the characteristics of the electorate, just looking at those breakdowns doesn’t tell you how those voters voted — especially in a year like 2018, where we’re seeing signs of a realignment of suburban women voters from Republican to Democrat.

Second, it’s impossible to know by simply looking at early voting numbers whether the early vote is coming from habitual voters who always cast ballots, or whether they’re from new or irregular voters who are expanding the electorate.

If the early vote is coming from people who always vote, then it’s possible that each party is simply “cannibalizing” their vote ahead of Nov. 6.

Pollsters will also try and model the early voting population in their surveys, so polls of states with early voting will account for those who have already cast ballots in their results.

We do know, however, that some states are seeing robust early voting numbers.

They include Texas, which saw a much higher turnout Monday — the first day of early voting — than the state did in 2014, a GOP wave election.

Nate Silver, the elections guru at FiveThirtyEight, tweeted that the early voting numbers suggest turnout in the Lone Star State will likely be higher than past midterms.

“I don’t make a ton of inferences from early voting, but Texas is sort of a perfect storm for having MUCH higher turnout than in past midterms,” Silver tweeted.