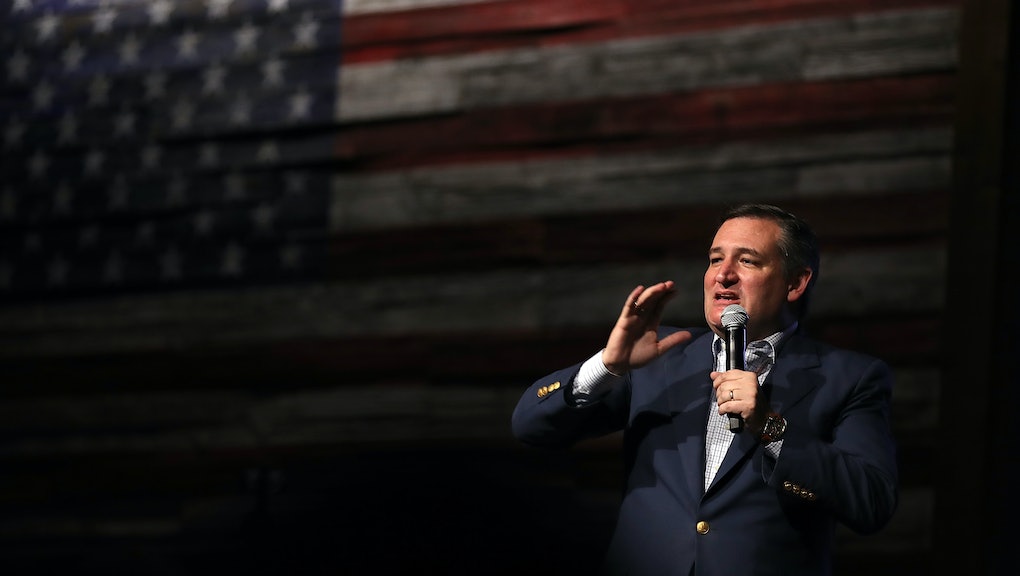 Texas Sen. Ted Cruz beat back a tough midterms challenge from his Democratic rival, U.S. Rep. Beto O’Rourke, narrowly hanging onto the U.S. Senate seat he has occupied since 2013.

On Tuesday, the Associated Press reported that Cruz had defeated O’Rourke 51.1% to 48.3%, with 32% of precincts reporting.

In the months since O’Rourke secured the Democratic primary nomination, he had consistently trailed Cruz — a sitting senator backed by President Donald Trump who was widely seen as the favorite to win the Senate seat in deep-red Texas.

But steadily, O’Rourke began picking up steam. During the July 1 to Sept. 30 fundraising period, he reported that his donations had topped out at $38.1 million — shattering the previous record for most money raised by a Senate candidate in a single quarter. He shored up support from independent, young and Latino voters in Texas, all while touting an unapologetically progressive platform that advocated for reforms to the criminal justice and health care systems.

The victory marks a blow to the progressive movement in Texas, which had seen a surge of energy that had helped to gin up voter turnout and set the stage for the first competitive Senate race the Lone Star State has seen in recent memory.