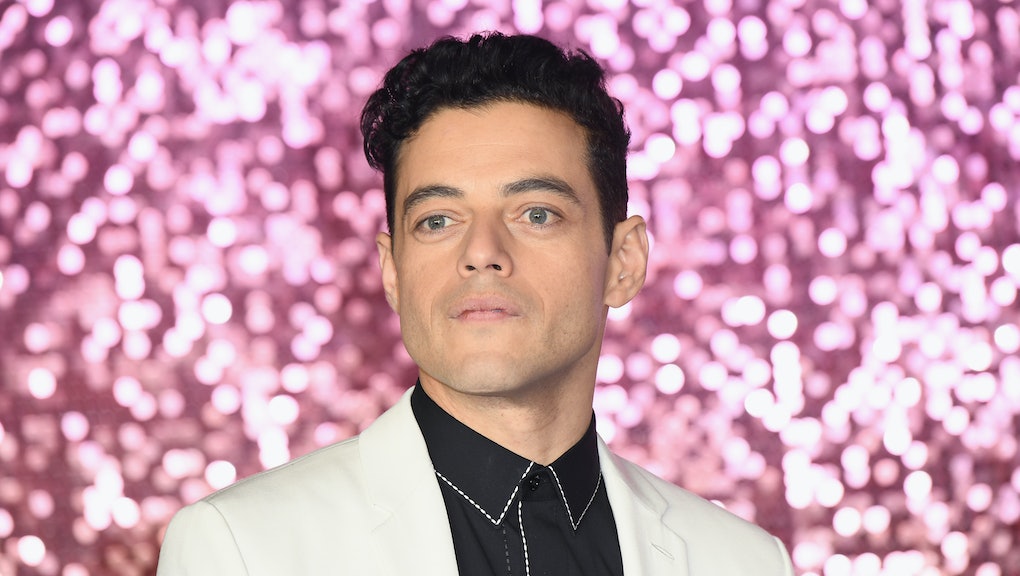 Rami Malek, who plays singer Freddie Mercury in the new Queen biopic Bohemian Rhapsody, was asked in a recent interview with Into whether he sees Mercury as a gay icon. His roundabout answer likely won’t do much to assuage fears that the new film “straight-washes” Mercury’s story and dismisses his queerness.

“What’s really great about him is he never, uh, wanted to, or thought of himself as being boxed into anything,” Malek said. “He just was. ... He says, ‘I’m just me.’ So ‘icon,’ I think encompasses, whatever the way you identify, I think. If he’s an icon to one there’s no reason that it requires another adjective, as far as I see.”

Over the course of his life, Mercury had many relationships with men, although by all accounts he made his relationship with Mary Austin – who he once called the love of his life — central even as he had long-term gay relationships. As Into reported, Mercury never officially “came out,” but his queerness was well known to people around him. His stage presence as the frontman of Queen was undeniably flamboyant — and the song “Bohemian Rhapsody,” from which the new film borrows its title, was seen by some as a “coming out” song, as the Advocate reported in 2016.

Mercury died of AIDS-related pneumonia in 1991 — so it’s impossible to know how he might have identified his own sexuality by today’s standards. But from the moment the first trailer for Bohemian Rhapsody dropped in May, some feared that his well-known and documented queerness was being left out of the story.

A new trailer was released in July that seemed to contain more allusions to Mercury’s queerness and references to his eventual death from complications caused by AIDS.

But Malek’s halfhearted answer to the question of whether or not he sees Mercury as a gay icon may again concern fans who fear that Mercury’s sexuality isn’t getting the spotlight it deserves. Bohemian Rhapsody hits theaters on Nov. 2.