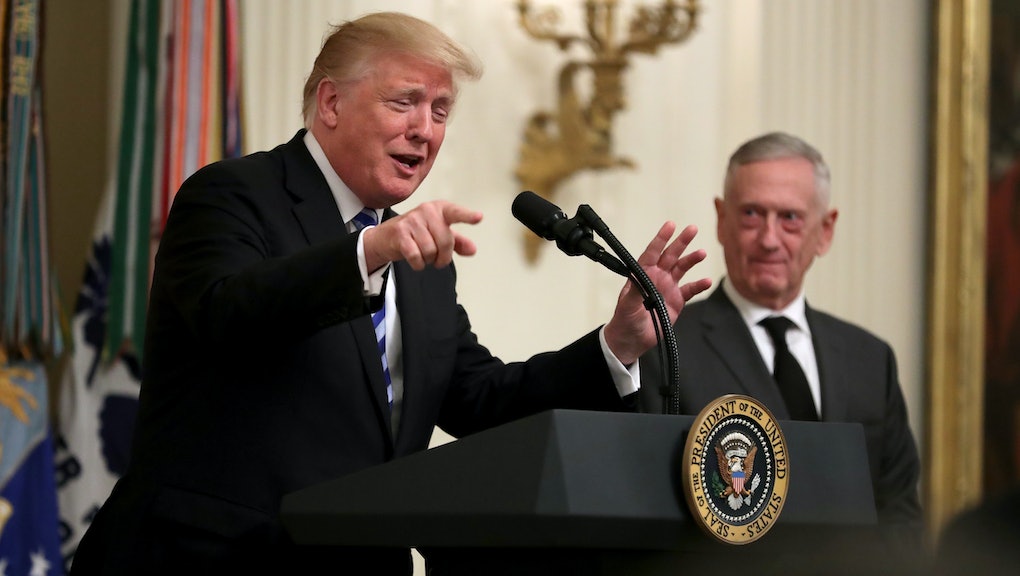 We’ve made it to the end of another work week, readers. With just 11 days to go until the midterms and the FBI on the hunt for an attempted serial bomber, the final days of the 2018 election are feeling as heated as ever.

While the first thing on most people’s mind is who would wage an attempted bombing campaign and why, I’ve gotten questions about whether this bombing attempt will matter on Election Day.

My honest answer? No one knows. Assessing how singular events will impact an election that’s been going on pretty much since the day after the 2016 campaign ended is a futile endeavor.

What I do know is that 2018 is and continues to be about Trump and voters’ feelings toward him. In a midterm election, when the only way to voice your approval or disapproval of the president is by voting for or against members of his party, members of Congress in areas where Trump is unpopular are in a precarious spot.

As for predictions, I think prognosticators (myself included) feel skittish after 2016’s surprising finale. But I will lay out what I think will happen in the newsletter on the morning of Election Day. You can send me your thoughts to TrumpsAmerica@mic.com, and I’ll include some of your predictions as well.

It seems Trump had a case of insomnia Thursday night, as he was up and angrily tweeting at the media at 3:15 a.m.

“Funny how lowly rated CNN, and others, can criticize me at will, even blaming me for the current spate of Bombs and ridiculously comparing this to September 11th and the Oklahoma City bombing, yet when I criticize them they go wild and scream, ‘it’s just not Presidential!’” Trump tweeted.

Trump’s reaction to the spate of attempted bombings — which were targeted at politicians and a news organization he has attacked relentlessly since the 2016 campaign — has been anything but usual.

After striking an even-keeled tone shortly after the first improvised explosive devices were discovered, Trump tossed out any semblance of civility and went on to blame the media for the “anger we see today.”

The Trump administration is mulling an executive order that would block people in the caravan from seeking asylum at the U.S.-Mexico border, an action similar to the travel ban that caused chaos at U.S. airports in the early days of Trump’s presidency, the San Francisco Chronicle reported.

The order would limit people’s ability to claim asylum by banning Central Americans from the list of nationals who can legally claim asylum at the border, according to the Chronicle. Trump would make that order under the Immigration and Nationality Act, the same law he used to craft the travel ban that the Supreme Court upheld in June.

“The administration is considering a wide range of administrative, legal and legislative options to address the Democrat-created crisis of mass illegal immigration,” a White House official told the Chronicle. “No decisions have been made at this time. Nor will we forecast to smugglers or caravans what precise strategies will or will not be deployed.”

Trump has been focused on the caravan in the final days of the 2018 midterms, an effort to juice Republican turnout.

The attempted bombings across the country have pushed the caravan out of the news over the past two days. But a travel ban-like executive order, along with Trump’s decision to send 800 troops to the border, could help put it back in the news.

Voter suppression?: More than 4,700 vote-by-mail applications in DeKalb County, Georgia — one of the most Democratic-leaning counties in the state — went missing, leading to more accusations of voter suppression, according to the New York Times.

“Right now?”: Secretary of Homeland Security Kirstjen Nielsen sat down for an interview with Fox News on Thursday in which she said border patrol agents don’t have plans to shoot at caravan migrants “right now” but are authorized to use force if they deem necessary.

“We do not have any intention right now to shoot at people, but they will be apprehended, however,” Nielsen said in an interview with Fox News’ Martha MacCallum. “But I also take my officer and agent, their own [personal] safety, extraordinarily seriously. They do have the ability of force to defend themselves.”

Beaucoup bucks: Sen. Heidi Heitkamp, the vulnerable North Dakotan Democrat facing re-election this cycle, raised more than $12 million after announcing she was voting against now-Supreme Court Justice Brett Kavanaugh. Heitkamp looks to be the Senate incumbent most likely to lose re-election in less than two weeks, but Democratic voters still rewarded her for voting against Kavanaugh.