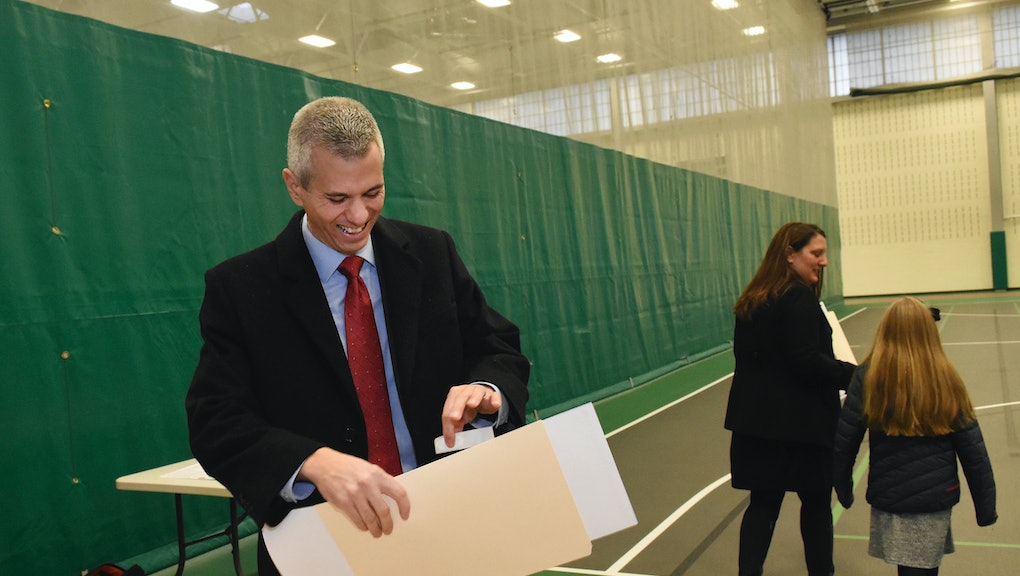 Although Tenney had represented New York’s 22nd District since 2017, her 2018 re-election campaign garnered national scrutiny for its decidedly Trumpian tenor.

In a contentious interview with WKTV in February, Tenney said it was “interesting that so many of these people that commit the mass murders end up being Democrats, but the media doesn’t talk about that.” She would later double down on the controversial remarks.

It was also reported in September that Tenney had accepted money from Steven Alembik, the Florida-based Republican activist and megadonor who called former President Barack Obama a “Muslim n—” on Twitter.

Tenney — a fervent Trump supporter — had received significant support from the first family during her campaign.

During a stop in Utica in August, Trump himself helped Tenney raise more than $650,000 in campaign donations; the president’s son, Eric Trump, traveled to New Hartford, New York, to stump for the congresswoman in October.

“She’s been doing a great job,” Eric Trump told the crowd. “She sticks with the Second Amendment. She works with the Constitution, and we’re proud of her.”