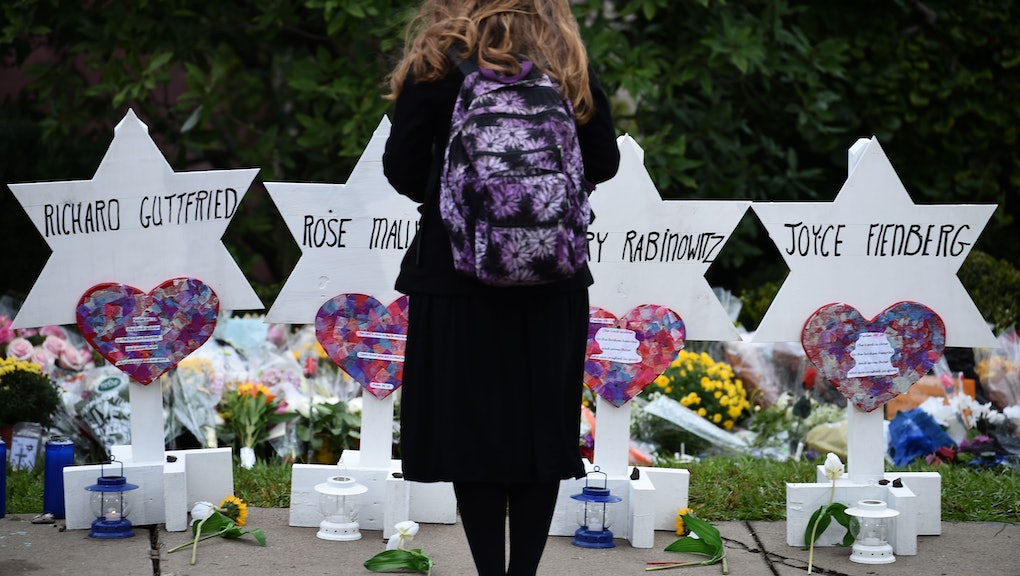 “We apologize for nothing”: Social media site Gab suspended in wake of synagogue shooting

The social media site Gab has been suspended in the wake of Saturday’s deadly synagogue shooting in Pittsburgh after suspect Robert Bowers was found to have posted anti-Semitic messages on the platform.

Gab posted Saturday evening on Twitter that hosting provider Joyent had revoked its hosting service, citing a breach in the company’s terms of service. On Sunday, Gab shared that GoDaddy threatened to suspend the site’s domain if it did not transfer to a new provider. Visitors to the website are currently being directed to a message explaining Gab will be “inaccessible for a period of time” as it transitions to a new provider.

The website has also claimed it’s been banned by other internet companies, including PayPal, Medium and Stripe, in the wake of the Pittsburgh shooting. Google removed Gab’s app from Google Play in August 2017 for violating its ban on hate speech, and Apple rejected the app from its App Store.

“Gab has been no-platformed by essential internet infrastructure providers at every level,” the company wrote on its homepage. “We are the most censored, smeared and no-platformed startup in history, which means we are a threat to the media and to the Silicon Valley oligarchy.”

The suspension has temporarily shut down one of the biggest platforms for the country’s far-right fringes, who have used the site as a way to share views that may not be tolerated on more “mainstream” platforms like Facebook and Twitter.

Founded in 2016 by Donald Trump supporter Andrew Torba in reaction to what he saw as the censoring of conservative voices on other social media sites, Gab combines aspects of Twitter, Facebook and Reddit and allows users to follow each other, use hashtags to group topics and “upvote” or “downvote” other members’ posts.

Gab has attracted some of the far-right’s biggest names: Milo Yiannopoulos joined the site after being permanently banned from Twitter. Other members, the New York Times noted in 2016, have included reality star Tila Tequila — who was similarly banned from Twitter for “posting racial slurs and pro-Nazi stuff” — Infowars head Alex Jones and far-right personalities Ann Coulter and Mike Cernovich.

“There’s obviously Gab, which is an interesting medium,” white nationalist Richard Spencer said in a November 2016 YouTube video after being suspended from Twitter. “I think that will be the place where we go next.”

Those espousing extreme views have found a home on Gab thanks to its broad guidelines, which prohibit “calling for the acts of violence against others” and “threatening language or behavior that clearly, directly and incontrovertibly infringes on the safety of another user or individual(s)” but does not explicitly ban hate speech.

“Twitter and other platforms police ‘hate speech’ as long as it isn’t against President Trump, white people, Christians or minorities who have walked away from the Democratic Party,” Torba told the Times after the Pittsburgh shooting. “This double standard does not exist on Gab.”

As a result, the site has hosted a number of extremist views, including the advocation of white supremacist ideology and conspiracy theories about “Pizzagate” and Hillary Clinton.

“Gab became [the far-right’s] safe haven because it was actively recruiting the worst of the worst,” Joan Donovan, a media manipulation researcher with the nonprofit organization Data and Society, told the Times. “Gab’s users have complained of a global Jewish conspiracy to control the internet, where Gab is the only place online where they can network with one another.”

Among those who espoused anti-Semitic views on Gab was Bowers, who signed up for Gab in January, the Times reported. According to the Anti-Defamation League, Bowers made a number of overtly anti-Semitic remarks on the site, referring to Jewish people as “the children of Satan,” “oven dodgers” and “filthy vile degenerates.”

In one of Bowers’ final posts, which the ADL noted may have been from the morning of the shooting, he wrote that the Hebrew Immigrant Aid Society “likes to bring invaders in that kill our people. I can’t sit by and watch my people get slaughtered. Screw your optics, I’m going in.”

For its part, Gab said it has cooperated with federal authorities investigating Bowers and submitted evidence of his activity on the platform, and Torba condemned the Pittsburgh shooting in an interview with NPR. The CEO added, however, that he does not believe Bowers’ messages warranted removal from the site.

“Do you see a direct threat in there?” Torba told NPR. “Because I don’t. What would you expect us to do with a post like that? You want us to just censor anybody who says the phrase ‘I’m going in’? Because that’s just absurd.”

“And here’s the thing: The answer to bad speech or hate speech, however you want to define that, is more speech,” Torba added. “And it always will be.”

The reports of Bowers’ use of Gab came days after it was revealed Cesar Sayoc Jr., the suspect in a recent string of mail bombs sent to CNN and a number of Democratic leaders, previously made threatening comments on Twitter that the social media platform ignored.

Despite the controversy and the site’s rejection by a growing number of internet partners, however, Gab vows the site “isn’t going anywhere.”