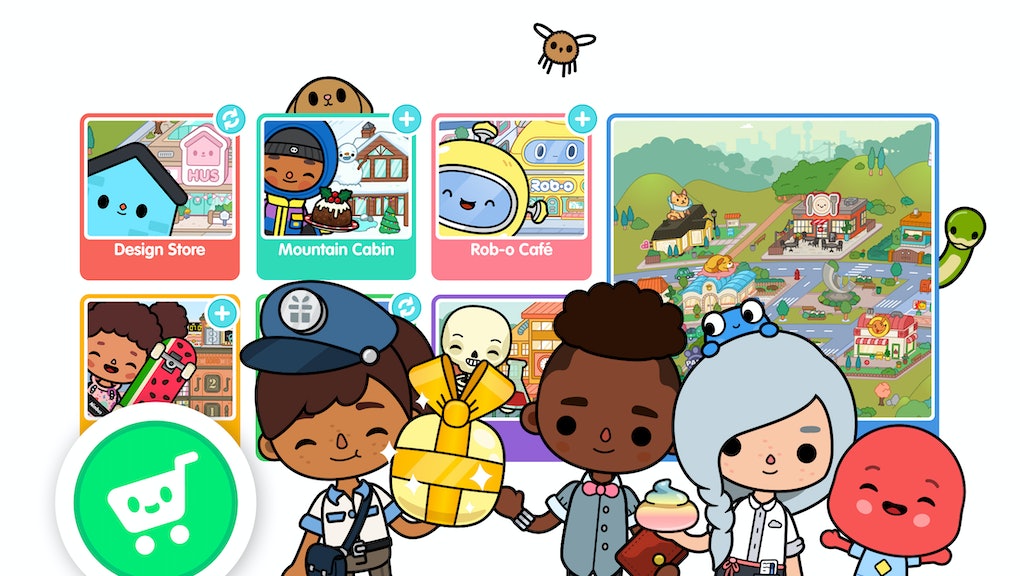 Run a search for “hair salon” in your phone’s app store. Of the games that surface, how many feature an app icon that stars a white woman with long, flowing hair? If you came across any icons with a black girl, a tan girl or Santa Claus, odds are the app was made by Toca Boca, a game development studio based in Sweden.

In an interview with Mic, Toca Boca’s president and COO Caroline Ingeborn explained the ways that inclusion was at the top of the company’s priority list. When Toca Boca’s newest game, Toca Life: World, launches on Nov. 22, it will be the culmination of all the studio’s work, roping in characters from across all of their other games, like Toca Life: Neighborhood and Toca Life: Office, for the first time.

Ingeborn compared the marketing of children’s apps to toys back in the day.

“The toy industry, still, is absolutely not diverse in certain ways,” Ingeborn said in a phone interview. “Toys are marketed to white children first, and then to boys and girls, with boy aisles full of blue and girl aisles full of pink. But by serving all kids, regardless of gender or race, you reach more people. That’s Toca Boca’s goal with children’s apps.”

Like toys, similar stereotypes exist on the virtual shelves of the app store. Toca Boca’s goal is to subvert these tired tropes. “Kids compare themselves to the characters they see in the media,” Ingeborn said. “They learn what is acceptable and important through those models and may even feel peer pressure to be a certain way. We’re not starting from a pink and blue toy shelf perspective.”

Toca Boca’s apps are meant for young children. The games are especially simple, with the added cherry on top of being representative of the larger world, using various skin tones and allowing for many different perspectives — centered on the user’s preferences.

“We didn’t want to fall into the trap of the stereotypical family of a mom, a dad, a son and a daughter,” Ingeborn said. “Children are able to recreate the family that looks like their family.”

Diversity of skin tones, however, is where Toca Boca has many apps beat. According to Ingeborn, Toca Boca’s characters represent hundreds of different pigments. “We have more than 300 different characters. No two characters that have the same skin tone.”

“There are differences between countries; there’s less of a discussion about gender in the United States, while, in Sweden, there are fewer talks about race,” Ingeborn said. “Even though we started in Sweden, we always keep in mind that our apps are available in app stores in 250 regions worldwide.”

The 300 different characters have become popular since Toca Boca’s games have seen success. A spokesperson for the company noted that Toca Boca is in very early talks to license the characters to physical toy makers, if only to show other toy makers who rely on gender-stereotyped marketing that they’re not playing around.