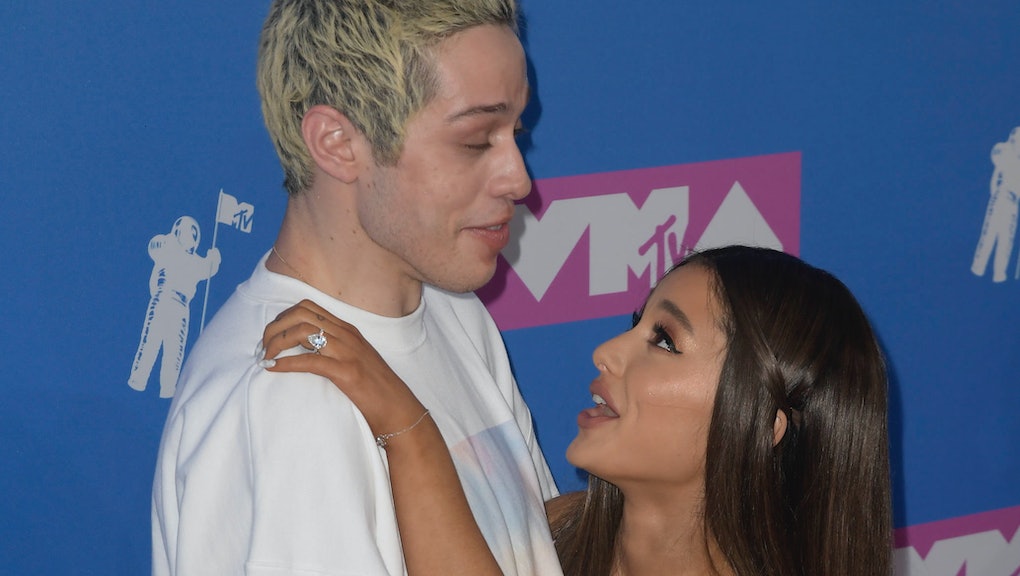 Wow, is it Friday already? Can’t believe another week has gone by — and that we’re just days away from the midterm elections. Anyway, let’s get into the day’s entertainment news.

Seems like there’s some bad blood between recent exes Pete Davidson and Ariana Grande, who broke off their whirlwind engagement in October. The latest Saturday Night Live promo, which debuted on Thursday, has Davidson jokingly proposing to musical guest Maggie Rogers — apparently riffing on the fact he and Grande met when she appeared on SNL.

Well, Grande didn’t seem happy about the new promo, according to USA Today. Shortly after it went live, she tweeted, “For somebody who claims to hate relevancy u sure love clinging to it huh.” That tweet has since been deleted — but ouch, the sting lingers.

Oprah Winfrey stumped for Georgia Democrat Stacey Abrams on Thursday, going door to door to encourage voters to turn out for Abrams. The beloved icon canvassing like a normal mortal resulted in adorable videos of her surprising ecstatic voters, like this one.

Oprah also spoke to a crowd in Marietta, Georgia, at a town hall-style event on Thursday, where she delivered an impassioned call for voters to exercise their hard-won rights. “For anybody here who has an ancestor who didn’t have the right to vote and you are choosing not to vote wherever you are in this state, in this country, you are dishonoring your family,” she said. “You are disrespecting and disregarding their legacy, their suffering and their dreams when you don’t vote.”

Akon is apparently thinking of running for president in 2020

In more political celeb news, singer and producer Akon is reportedly considering running for president in 2020 to challenge Trump. Akon told Newsweek in a recent interview, “I’ve been thinking about running for 2020 very seriously. But I didn’t want to just do it because I feel like I want to continue doing what I’m doing and hope that builds me enough momentum [for people] to say, ‘You know what, if you run we’ll support you.’”

He added he personally feels “more unsafe” and “unempowered” in Trump’s America. “Honestly, I feel it’s gonna be a fight,” Akon said. “I feel like I should be always prepared for the unexpected. I feel very uncomfortable.” Well, if Akon actually wants to run for president he’s got some time to figure it out. He doesn’t have to decide right nah nah nah. Get it?

Will Smith and Martin Lawrence announced via Instagram on Thursday that a third Bad Boys movie is officially happening, Deadline reported, and Smith and Lawrence will reprise their roles as Detectives Mike Lowery and Marcus Burnett. The new film will apparently be titled Bad Boys for Life and is currently scheduled for a Jan. 17, 2020 release date.

If you can believe it, the original Bad Boys film came out all the way back in 1995, and its sequel, Bad Boys II, premiered in 2003. That’s more than two decades of Bad Boys!

Put this on your radar: Carly Rae Jepsen’s new song

Carly Rae Jepsen dropped her highly anticipated new single “Party for One” on Thursday, and depending on who you ask, it’s either a bop or it’s not. Check out the music video here, and keep an eye out for details about Jepsen’s new album, coming sometime in 2019.