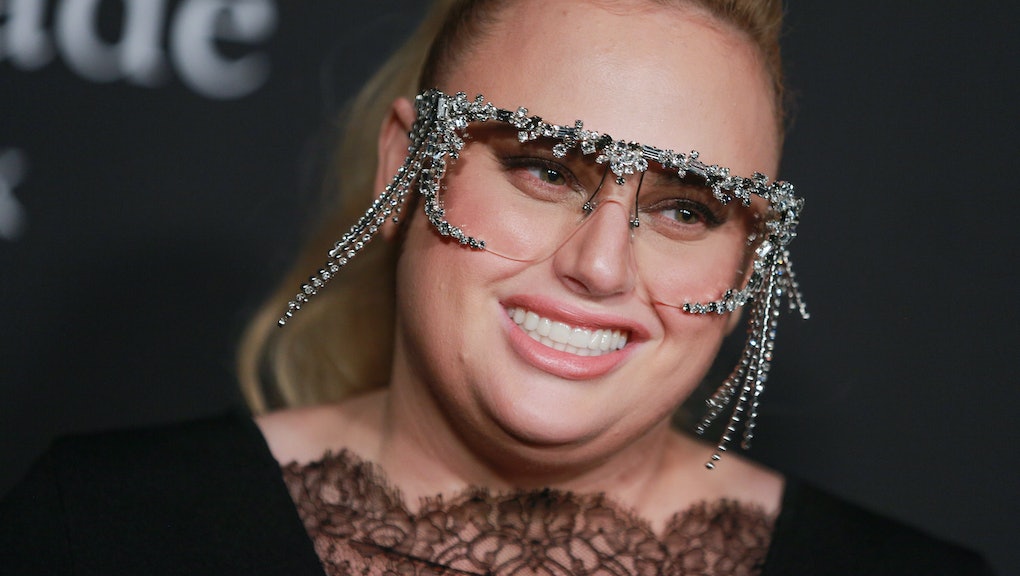 On Wednesday, during an appearance on Ellen, actress Rebel Wilson pulled a Sam Smith at the Oscars claiming she was the first plus-size woman to be the star of a romantic comedy.

In fact, there have been two notable actresses before her, including Academy Award nominee Queen Latifah in 2006’s Last Holiday and 2010’s Just Wright and Academy Award winner Mo’Nique in 2006’s Phat Girlz.

The story first made the rounds via a tweet from Huffington Post. The accompanying story, however, which has a clarification note at the bottom, does not include the quote and uses a contradictory headline to the tweet: “Rebel Wilson Praises ‘Isn’t It Romantic’ For Abandoning Tropes About Plus-Size Women,” the article reads.

“Queen Latifah says hi,” one Twitter user wrote in response to the HuffPo tweet. “Mo’Nique said what’s up,” another user added. Other names mentioned were Jill Scott and Melissa McCarthy, both of whom have supporting roles in romantic comedies (Scott in 2013’s Baggage Claim and McCarthy in 2011’s Bridesmaids) as well as Ricki Lake in 1988’s Hairspray (though that film is not technically considered a romantic comedy).

“Here we have another example of the work of black women who did it first being erased,” The Root columnist Monique Judge tweeted.

On Thursday, Wilson responded to a fan that called out the inaccuracy, writing “Hey girl! Yeah I of course know of these movies but it was questionable as to whether: 1. Technically those actresses were plus size when filming those movies or 2. Technically those films are categorized/billed as a studio rom-com with a sole lead. So there’s a slight grey area.”

This is a strange instance of doubling down, as these women were plus size while filming as evidenced by the films. Wilson’s pointing out of what she calls the “grey area” only serves to indicate that she didn’t realize that she was wrong in the first place.

“I fully take all the comments onboard though so thank you,” Wilson wrote in a follow-up tweet, that did not appear to renege on her original claim.

If there is any good to come out of this it is perhaps the excuse to rewatch Last Holiday, which the late Roger Ebert called “a comedy that is just plain lovable.”