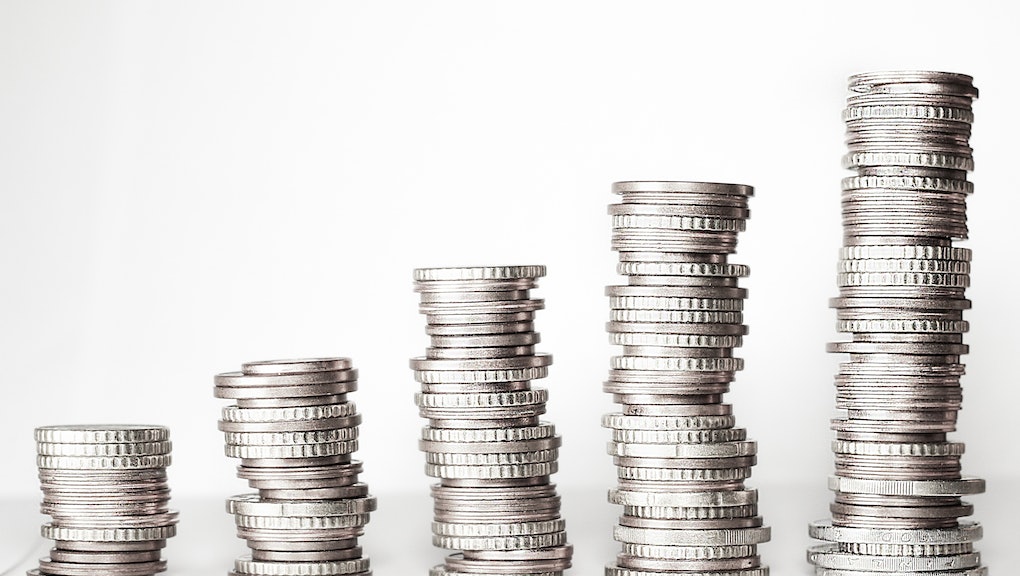 A software engineer collected salaries in the tech industry. Here’s her advice for employers.

The tech industry has disrupted how we hail cabs, couch-surf and even choose presidents. But it’s having a hard time shaking its wage gap problem.

Studies show that across industries, women are generally paid less than men. According to an analysis of median hourly earnings by the Pew Research Center, women earned 82% of what men did in 2017. Meanwhile, studies from the Department of Labor show that women are more likely to work in lower-paying jobs than men and tend to be underrepresented in higher-paying occupations.

According to the statistics portal Statista, the gender wage gap is a bit smaller in the tech industry, but still pervasive: On average, women in tech in the United States make 84% of what their male counterparts make. Google workers staged a walkout Thursday to protest pay inequity as well as the alleged repeated incidents of sexual harassment at the company.

Jackie Luo, a software engineer at Square, has made it her mission over the past seven months to collect salary numbers and job titles. In a recent Medium post, Luo revealed what she’s learned so far.

According to data Luo collected, the average software engineer garners a salary that can reach six figures: Early-career engineers earn an annual base pay of roughly $98,000, Luo found, while managers make closer to $300,000 before stock options and bonuses. Unsurprisingly, average earnings were higher in California than they were nationwide.

In an interview with Mic, Luo said the responses were “revealing.”

“It was interesting seeing men’s career trajectories and how they’re paid over the course of their career,” Luo said. “It shows how their current salary number really is a product of big amounts that came before it. Without that context, it just looks like this person gets paid way more for their role.”

Luo also noticed a difference in how she handled job offers compared to men.

“Hearing how people negotiate has been interesting,” Luo said. “I rarely negotiated job offers but I’ve seen that many people who submitted have. In one case, a woman I spoke with told a recruiter their desired number and the company met her at that number. When she told a friend, a white man in tech, the number they agreed upon, he told her she needed to go back and ask them for more money.”

According to PayScale’s “Raise Anatomy” report, women are generally less comfortable when it comes to negotiating salaries.

“There’s a much bigger gap between men’s comfort level with negotiating salary and women’s,” Lydia Frank, vice president at PayScale, said in a phone interview. “Men had slightly higher rates of getting a raise before they had to ask.”

PayScale’s study also noted other anomalies, like how men of color were 25% less likely than white men to receive a raise.

Frank attributed the issue of women neglecting to ask for more money to subconscious bias.

“Unfortunately, we have these societal norms that dictate what it means to be feminine and a woman,” Frank said. “A lot of what we expect can influence how we feel when a woman may be more aggressive about asking for higher pay. Studies show that when women negotiate for themselves, they tend to be penalized for it by both men and women.”

What employers should be doing

Frank stressed that it’s not a woman’s job to prove they deserve to be paid as much as their male colleagues. Rather, companies should take steps to shrink the wage gap prior to the hiring stage, she said.

“Price the job, not the person,” Frank added. “It’s important to do the homework around what that role will cost in the market and what your organization is willing to pay for that position.”

Frank also recommended that employers take career trajectory out of the equation.

“Fortunately, we’ve already seen some states [like New York and California] outlaw talks about salary history when negotiating job offers,” Frank said. “One [other] metric to keep an eye on is promotion velocity. Look at how quickly people are moving forward and examine what groups might be advancing more slowly.”

Frank advised employers to not only examine who is moving up the ladder but also to evaluate how a potential employee’s role and and salary are determined. Ultimately, a standardized process should pay off.