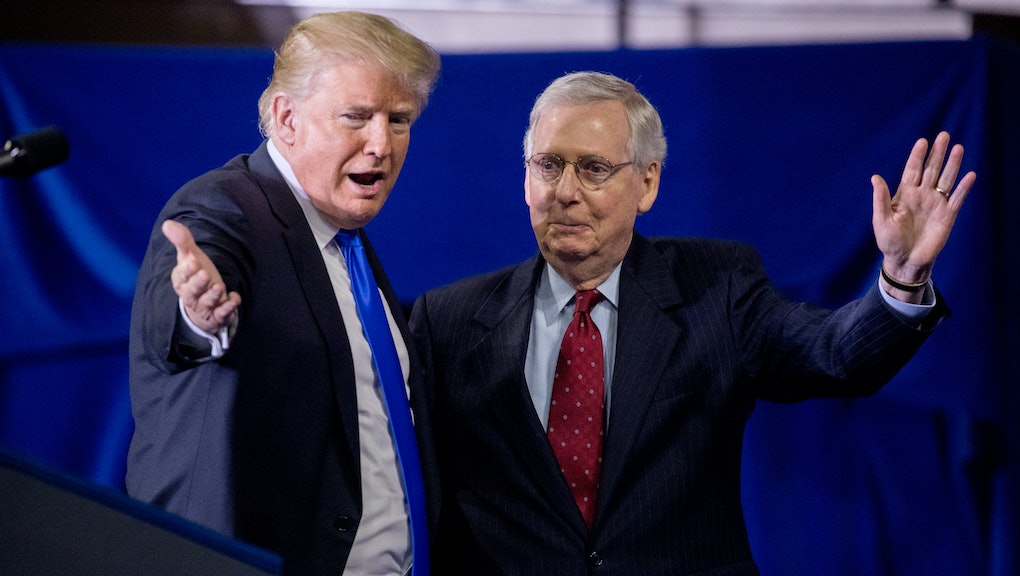 Republicans maintained control of the Senate on Tuesday, ensuring President Donald Trump can continue adding conservative justices to the federal court system — including the Supreme Court — for the next two years.

Republicans will head into the final two years of Trump’s first term with at least 50 votes.

A number of Senate races are still outstanding, but Democrats lost incumbents in Indiana and North Dakota and failed to pick up Republican-held districts in Tennessee and Texas. Republicans also currently lead in Florida, which could give Republicans another pick-up seat should Rick Scott defeat incumbent Sen. Bill Nelson.

Democrats could blunt their losses if they pick up Nevada and Arizona, two outcomes that are currently unclear. Regardless, Democrats will not have a majority in the upper chamber come January, when a new Congress is sworn in.

Republicans started the cycle with an advantage, as Democrats were defending 10 seats that Trump carried in the 2016 election.

(This story is breaking and will be updated.)