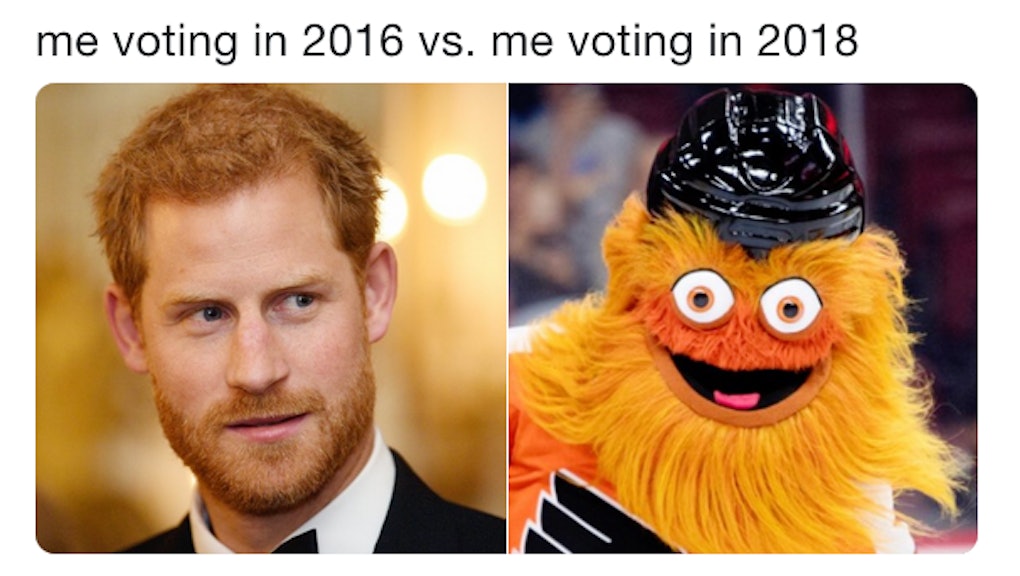 It’s been a long two years.

Two Novembers later and the midterm elections are upon us, where a potentially record number of voters will show up to make their voices heard. Many of those who voted in 2016, though, are markedly different now — the current political climate has changed them, and the internet has been responding accordingly.

Wakanda for a couple years

From Prince Harry to Gritty from Philly

Leonardo DiCaprio has seen some things since 2016

Mic alumnus Cooper Fleishman used to be so happy

Guy Fieri in 2018 is now worried for this election

Macaulay Culkin has become Willem DaFoe since the 2016 election

Make sure to vote this Election Day.