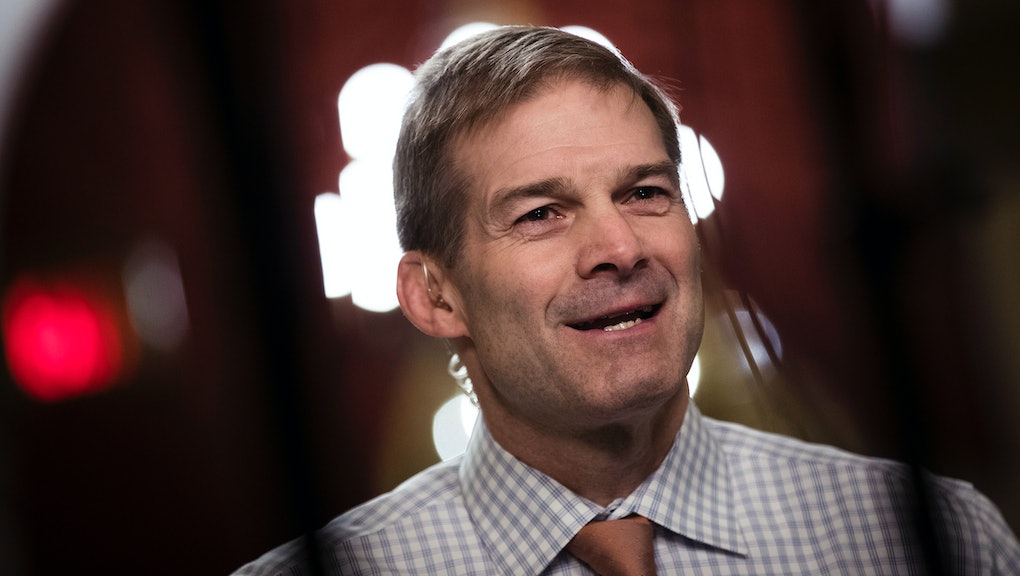 Rep. Jim Jordan (R-Ohio), one of President Donald Trump’s most ardent supporters on Capitol Hill, has been re-elected to Congress — despite being enveloped in a sexual abuse scandal at Ohio State University.

The Associated Press called the race for the Ohio conservative at 8:18 p.m. Eastern.

Jordan, a strong Trump ally who was first elected in 2006, is a co-founder of the right-wing House Freedom Caucus.

He’s been one of the most prominent critics of the FBI investigation into Russia’s election interference in 2016 and has had his eyes set on replacing Rep. Paul Ryan (R-Wis.) as House speaker.

Jordan has been facing scrutiny since July, when he was accused of turning a blind eye to the alleged sexual abuse of members of the Ohio State University wrestling team while he was the team’s assistant coach. Although Jordan was not personally accused of abuse, several former athletes claimed he was aware of the alleged abuse and did nothing to stop it.

Jordan defeated Democrat Janet Garrett, who was running a longshot bid to unseat the controversial congressman.