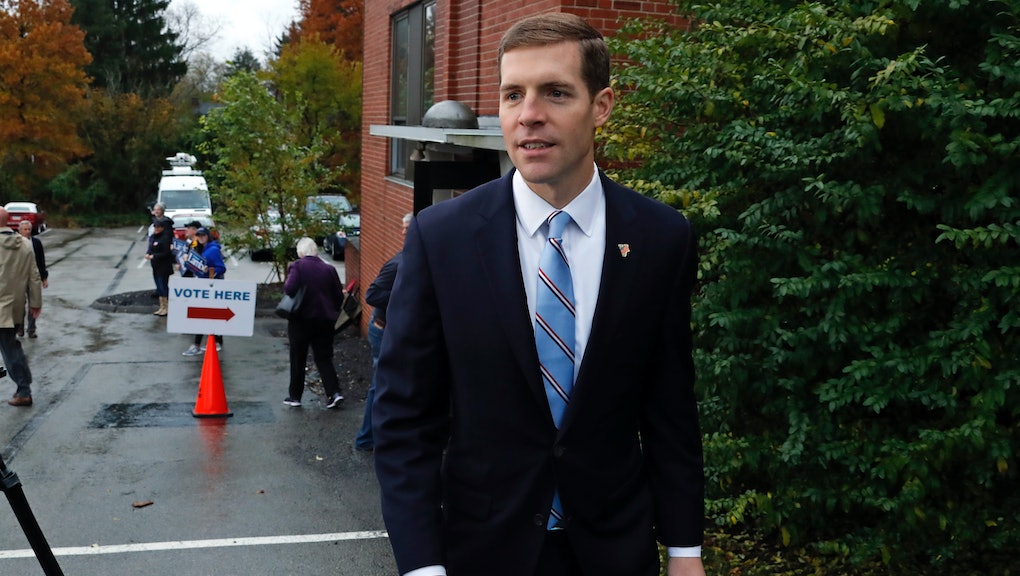 The Associated Press called the race for Lamb just before 10 p.m. Eastern.

Lamb, 34, burst onto the scene in March when he won a special House election in a deep-red southwestern Pennsylvania district. That unexpected victory made Lamb a rising star in the Democratic party, and gave Democrats hope that they could make gains in Trump Country.

To pull off that upset victory, though, he took conservative positions on several issues, including on gun control, leading to accusations that he ran as a “Trump Democrat.”

Opponents, including President Donald Trump, have attempted to link him to Rep. Nancy Pelosi (D-Calif.).

But Lamb has explicitly said he would not support Pelosi for House Speaker if Democrats take the House of Representatives, citing a need for “new leadership on both sides.”

That could set up a rift within the party if Democrats make gains in the House.

Lamb, a former Marine, defeated Rothfus, who was endorsed by Trump. Rothfus has represented Pennsylvania’s 12th District since 2013.

The two incumbents were battling for the state’s newly-drawn 17th Congressional District.