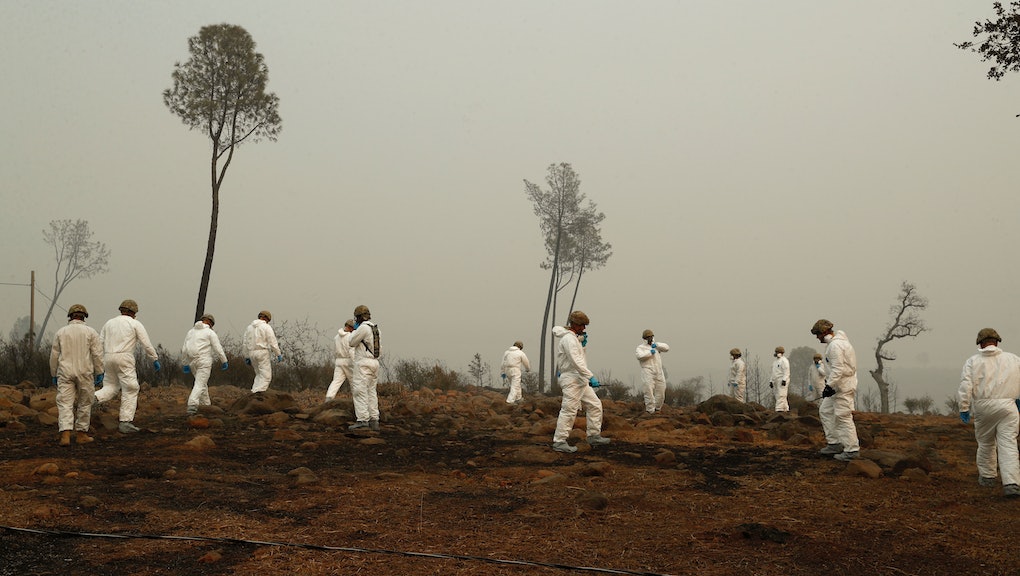 Before we jump into the top stories from Mic today, here’s a special announcement: If you’ll be in New York City on Tuesday, you’re invited to join us at Mic’s headquarters in One World Trade Center for a special event commemorating Transgender Day of Remembrance. You can read all the details and RSVP over on Facebook. We hope to see you there.

Here’s yet another instance of a white person calling the police to solve a non-existent problem. Read more.

As death toll from the California Camp Fire mounts, residents say officials could have done more

California is still grappling with the deadliest fire in the state’s history — and some wonder whether officials did enough to help residents. Read more.

Sam Shields, a Georgia resident attending school in Virginia, requested multiple absentee ballots for the midterm elections. They never arrived, so he took matters into his own hands. Read more.

The thirstiest ways cities begged for the Amazon headquarters deal

In case you hadn’t heard, Amazon CEO Jeff Bezos announced the locations of his company’s newest headquarters — bringing to a merciful end all the congratulatory, cringy self-promotion from cities hoping to get a slice of that Amazon pie. (We’re still waiting for you to change your name to “Amazon Cuomo,” as promised, governor.) Read more.