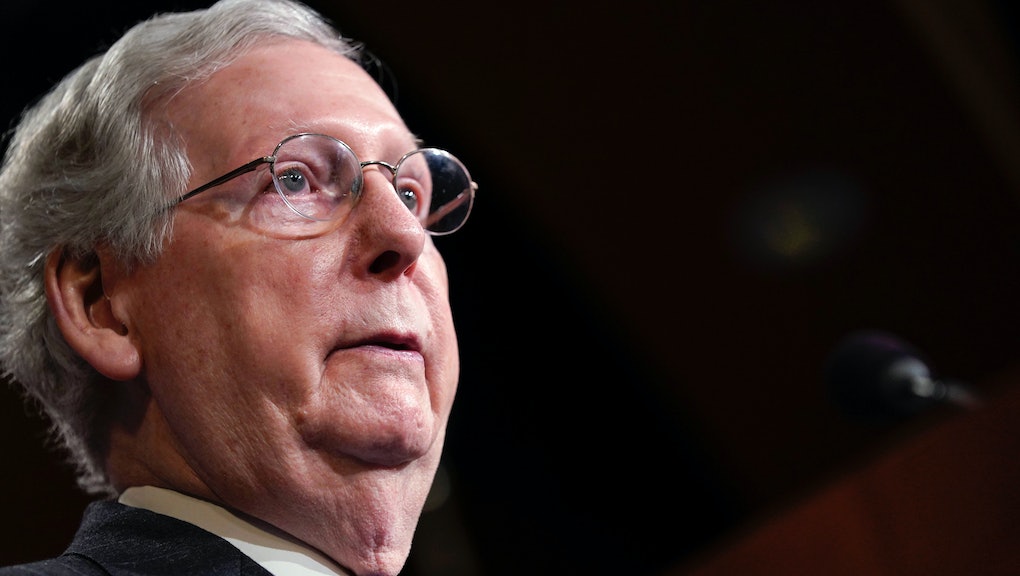 If only people under age 44 had turned up to vote on Tuesday, Democrats would have flipped the Senate, with the party holding a 52-to-48 seat majority, according to CNN exit poll data analyzed by Mic.

Had the electorate been comprised only of those under 44 years old, every Democratic incumbent, save for North Dakota’s Heidi Heitkamp, would have won. Democrats also would have picked up seats in Tennessee, Texas and Arizona, along with the seat in Nevada that Democrats already flipped, sealing a Democratic majority, according to the analysis.

However, while the youth vote was up in many states, the data show younger voters were still far outpaced by voters aged 45 and up — a demographic that broke towards the Republicans and helped the GOP expand its Senate majority.

That led the GOP to expand its Senate majority by at least two seats.

Florida’s Senate race is likely headed to a recount, though GOP Gov. Rick Scott currently has a narrow lead. Arizona also has yet to be called, though Republican Martha McSally currently has a slim lead. If Scott and McSally ultimately win, Republicans will have netted three seats, leaving them with a 54-to-46 majority.

As for governor’s races, Democratic rising stars in Florida, Georgia and Ohio would have also defeated their Republican opponents had only voters under the age of 44 voted, according to CNN exit poll numbers crunched by Mic.

In Florida, Tallahassee Mayor Andrew Gillum would have crushed GOP Gov.-elect Ron DeSantis, 61% to 34%. However, Gillum lost by a 0.7% margin, with voters under age 44 making up just 25% of the electorate.

In Georgia, Democrat Stacey Abrams has yet to concede to her Republican opponent Brian Kemp, and the race is still too close to call — though Kemp currently has a slim lead. But had only voters under 44 voted, Abrams would have won in a blowout, 59.2% to 39.2%. But in Georgia, just 40% of the vote was under the age of 44, according to CNN exit poll data.

The Ohio gubernatorial race would have been exceedingly close had only voters under 44 cast ballots. Democrat Richard Cordray would have bested incoming GOP Gov. Mike DeWine, 49.2% to 49%, according to CNN exit poll data analyzed by Mic. Instead, DeWine beat Cordray, 50.7% to 46.4%.