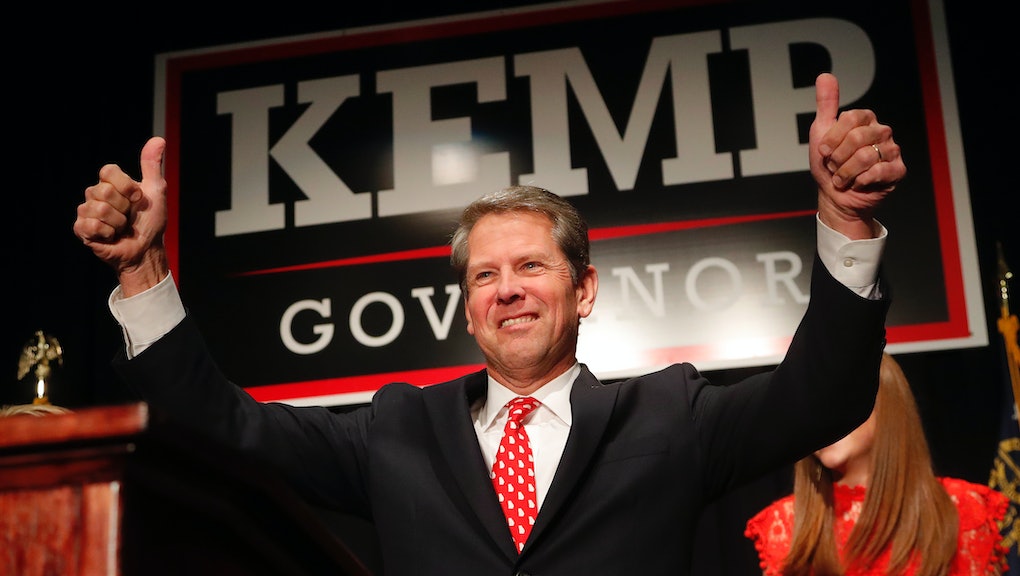 Brian Kemp, Georgia’s secretary of state, has resigned from his post as the state’s contentious gubernatorial race — in which he is also the Republican nominee — heads toward a likely recount.

The Associated Press reported on Thursday morning that Kemp’s resignation would go into effect Thursday night, as he remains locked in a post-Election Day battle for Georgia’s governor’s mansion with Democratic opponent Stacey Abrams.

Although national outlets have yet to call the Georgia’s race, and Abrams has yet to concede it, Kemp declared decisive victory on Wednesday night.

“The votes are not there for her,” Kemp said on Thursday, according to the Atlanta Journal-Constitution, adding he resigned the post in anticipation of a transition to the governor’s mansion. “I respect the hard-fought race she ran. But we won the race and we’re moving forward.”

In the event of a recount in the gubernatorial election, Kemp would have faced a conflict of interest as secretary of state, as his office would have been tasked with overseeing the recount for an election in which he was also a candidate.

Kemp also faced legal challenges and calls for his resignation in recent weeks over a mounting voter suppression scandal in which he stood accused of constructing an elaborate system in Georgia intended to disenfranchise minority voters.

In the interim, the Journal-Constitution reports Georgia Gov. Nathan Deal has appointed commissioner of the state Department of Human Services Robyn Crittenden to the secretary of state’s post.