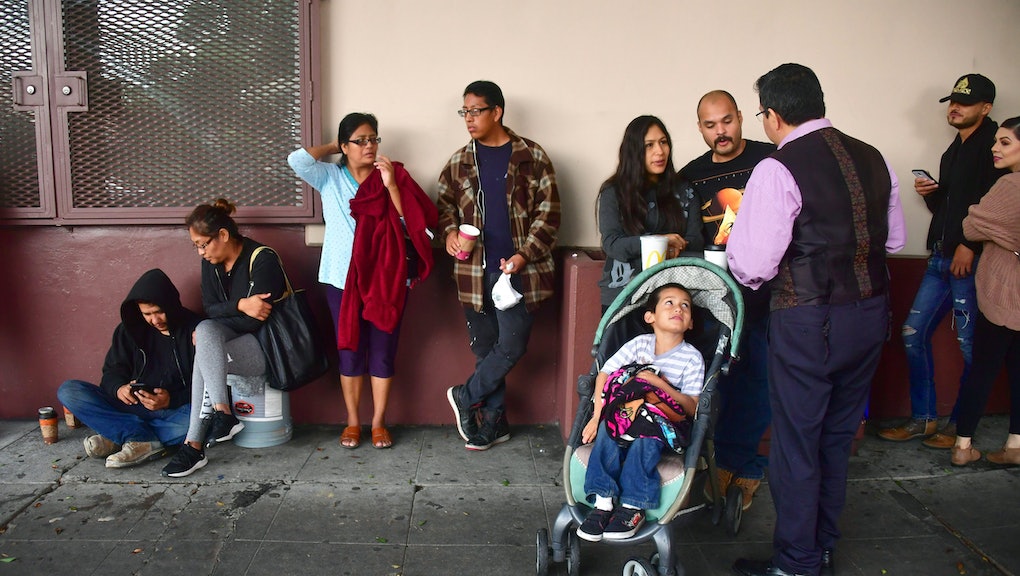 A federal appeals court has ruled that President Donald Trump cannot revoke protections enshrined by the Obama-era Deferred Action for Childhood Arrivals program, ensuring that the program will continue to benefit its undocumented recipients for the time being.

According to the Wall Street Journal, the three-judge panel specified in its ruling that the administration’s legal challengers “are likely to succeed on their claim that the rescission of DACA — at least as justified on this record — is arbitrary, capricious or otherwise not in accordance with law.”

In 2017, then-acting Homeland Security Secretary Elaine Duke issued a memo announcing the rescission of the DACA program on the grounds that it conflicted “with our existing immigration laws.” On Thursday, Judge Kim Wardlaw wrote in the appeals court ruling that Duke’s decision had been misguided, and that DACA “was a permissible exercise of executive discretion.”

In fact, Wardlaw wrote, deferred action “has been a feature of our immigration system — albeit one of executive invention — for decades; has been employed categorically on numerous occasions; and has been recognized as a practical reality by both Congress and the courts.”

The Justice Department had previously attempted to bypass the appeals courts altogether in favor of petitioning the Supreme Court to review the case directly — an action which is still pending and, if taken up, would mean that a final decision on the legality of the Trump administration’s maneuvers likely won’t be decided until June.

Since the Obama administration first implemented the DACA program in 2012, an estimated 800,000 Americans who were brought to the U.S. under the age of 16 and have lived in the U.S. since 2007 — often colloquially known as “Dreamers” — have benefitted from its protections, according to the Wall Street Journal.