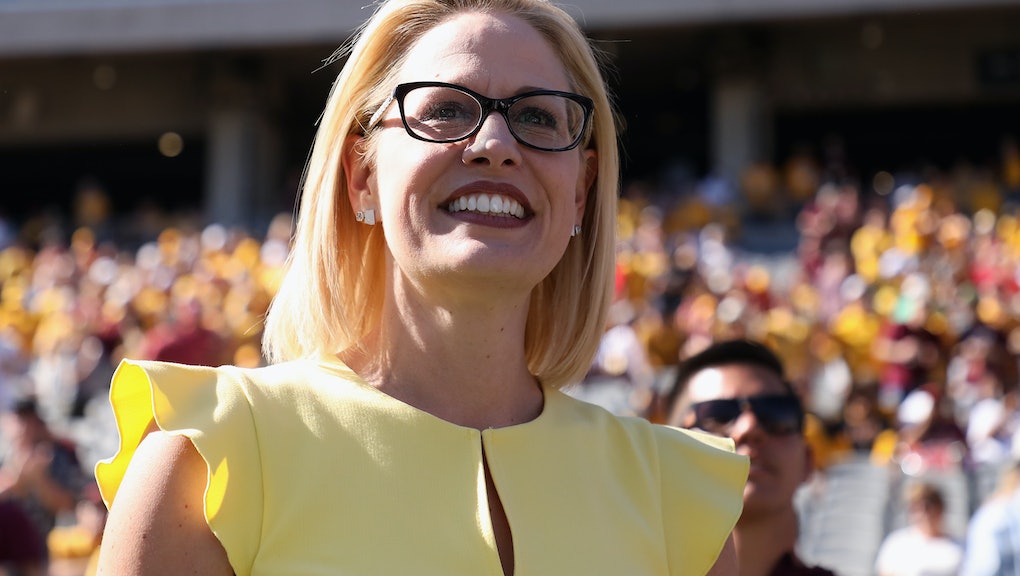 Welcome to another Monday, readers. Congress returns for the lame duck session on Tuesday, and figuring out how to fund the government is the main piece of business. Republicans will also hold their leadership elections on Wednesday, with the GOP members selecting who they want to shepherd their party through the next two years in the minority.

• There are no public events on Trump’s schedule, so you know what that means: There will be tweets. Trump already got himself in trouble over the weekend by callously blaming the devastating wildfires in California on forest management (the majority of which is actually under federal control and thus Trump’s purview) and threatening to cut funding for rebuilding efforts. The tweet came as it was announced that 31 people have died in the fire, with thousands of people losing all of their belongings as the fire rages on.

About the weekend: Trump’s Paris trip was a flop

President Donald Trump traveled to Paris over the weekend to commemorate the 100th anniversary of the end of World War I — a trip in which Trump eschewed signs of unity with other world leaders and drew criticism for his notable absence from a handful of events, thanks to rainy weather.

The White House blamed the rainy weather for the cancelation of the president’s visit to a cemetery outside the city in which American soldiers are buried. The rain and fog meant the Marine One helicopter could not fly him there, it was claimed.

And Trump was also absent from a symbolic walk with other world leaders to mark the exact moment 100 years from when World War I ended — the 11th hour of the 11th day of the 11th month in 1918. Those leaders walked shoulder to shoulder in the pouring rain.

In his final event of the trip, Trump complained about the rain as he gave a speech.

“You look so comfortable up there. Under shelter. As we’re getting drenched,” Trump said, as he looked at elderly veterans. “You’re really smart people.”

“They died with their face to the foe and that pathetic inadequate [Trump] couldn’t even defy the weather to pay his respects to The Fallen,” Soames tweeted Saturday.

“Patriotism is the exact opposite of nationalism: Nationalism is a betrayal of patriotism,” Macron said in a jab at Trump, who calls himself a nationalist.

Macron said when countries cast their relationship with allied nations aside, they “erase the most precious thing a nation can have ... its moral values.”

Late-arriving mail-in ballots, as well as provisional ballots cast on Election Day, continue to be counted in states across the country, and Democrats are making gains — especially in states in the West like Arizona and California.

Over the weekend, Democrats took the lead in Arizona’s crucial Senate race to replace retiring GOP Sen. Jeff Flake. Democratic Rep. Kyrsten Sinema now leads GOP Rep. Martha McSally by more than 30,000 votes. Sinema has yet to officially be declared the winner, but some experts say the lead is too wide for McSally to come back from, and they expect Democrats to pick up this seat.

In California, the Associated Press called the race for Democrat Harley Rouda, who has now officially ousted GOP Rep. Dana Rohrabacher. His closeness with Russia earned him the unflattering nickname “Putin’s favorite congressman.”

And the GOP’s margin in two other California House races — the 39th and 45th districts — is quickly eroding as more ballots are counted, with the possibility that Republicans may lose both of those seats.

Meanwhile, in Florida, recounts are underway in the state’s Senate and gubernatorial contests. It’s unclear how these races will shake out, and whether the recounts will push Democratic Sen. Bill Nelson and Tallahassee Mayor Andrew Gillum to victory.

Republicans have baselessly accused Democrats of trying to steal elections as the recounts move forward — a claim that was knocked down by Florida law enforcement.

Attorney general drama: Democrats have threatened to subpoena acting Attorney General Matthew Whitaker once they officially take the reins of the House in January, demanding he answer questions about how he will handle special counsel Robert Mueller’s investigation. This comes after the New York Times reported over the weekend that Whitaker interviewed with the Trump White House to be an “attack dog” against Mueller. Democrats say that would require Whitaker to recuse himself from overseeing the investigation.