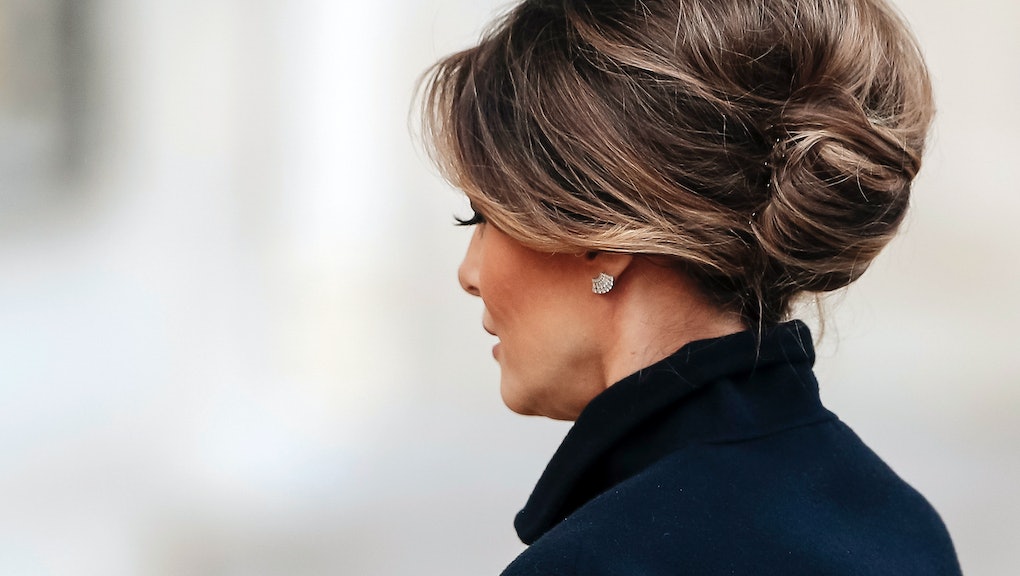 In what could be the latest Trump administration shakeup in the wake of the midterm elections, Deputy National Security Adviser Mira Ricardel is expected to be fired following a dustup with first lady Melania Trump.

Ricardel, who attended a Diwali event with President Donald Trump on Tuesday, is believed to be nearing her White House exit, according to multiple reports.

The Wall Street Journal reported earlier that she had been fired and escorted from the White House by security, but later revised the report. As of late Tuesday afternoon, Ricardel appeared to still be in her White House job but aides expected her firing would be “imminent,” the Journal’s Michael C. Bender tweeted Tuesday.

Following the Journal’s original report on the apparent feud between Ricardel and Melania Trump, the first lady’s office condemned the top aide to national security adviser John Bolton in a stark statement.

“It is the position of the Office of the First Lady that [Ricardel] no longer deserves the honor of serving in this White House,” the statement from communications director Stephanie Grisham read.

Rumors of Ricardel’s exit come after Trump and Ricardel clashed during a trip to Africa in October. According to the Journal, staffs for the two butted heads during the October visit over “seating on the plane and requests to use National Security Council resources.” Ricardel was also suspected of being the source of unflattering stories about the first lady in the press, according to the reports.

Ricardel is one of at least two members of the Trump administration whose anticipated ouster stems at least in part from clashes with Melania Trump. The other, White House chief of staff John Kelly, is also expected to be out in the coming weeks. According to NBC News, Kelly — who has clashed with other members of Trump’s staff, including Bolton — had fought with the first lady over “staffing issues and travel requests.” She had apparently become frustrated with Kelly because he repeatedly “denied her requests to promote some of her aides,” according to the report. She brought her concerns to the president earlier in 2018.

Melania Trump’s behind the scenes clashes with high-ranking White House officials, and her call for Ricardel’s ouster Tuesday, counters the image often put forth of the first lady as being on the sidelines of the administration.

The moves could be the latest in a post-midterms staff shakeup that already claimed the job of Attorney General Jeff Sessions, who was forced to resign last week and replaced by acting Attorney General Matt Whitaker — a critic of the Russia probe he now oversees.

Kelly and Department of Homeland Security Secretary Kirstjen Nielsen are expected to be leaving the administration in the coming weeks, the Journal reported Tuesday morning.

Trump has seen a number of dramatic, high-profile resignations and terminations in the first two years of his presidency. He’s had three national security advisers, two secretaries of state and two chiefs of staff as part of the turnover. But he has repeatedly defended what appears to be a chaotic administration, terming it a “smooth running machine” and claiming that people are clamoring to work for him.

“This is a hot White House,” Trump said in a wild press conference Nov. 7, a day after the midterms. “This is a White House people want to work with.”