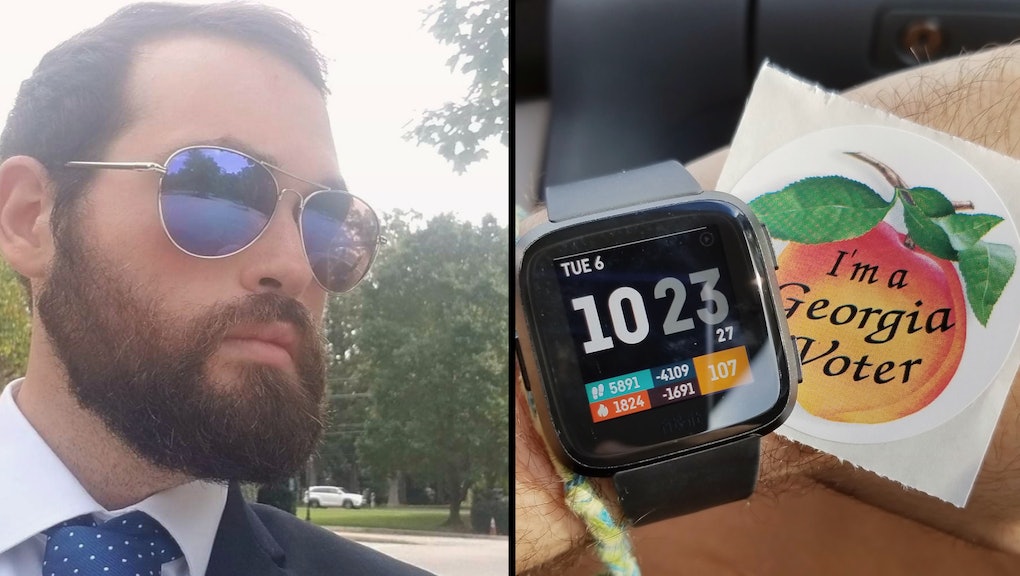 Sam Shields is the exact opposite of the stereotypical disaffected millennial voter. As one of many out-of-state students who didn’t receive the absentee ballots from their home state of Georgia, the 25-year-old graduate student and seminarian at Union Presbyterian Seminary in Richmond, Virginia, went the extra mile to make sure his vote counted in one of the most closely watched gubernatorial races in the country.

While pursuing his master’s in divinity at Union Presbyterian, Shields is registered to vote in his hometown of Columbus, Georgia. He told Mic that he requested an absentee ballot on Oct. 7, which he had not received more than two weeks later when he called to check on its status. He had a second one sent to his campus address.

“I knew this was going to be an important election for a number of reasons,” he said. “Not only the laws that we are voting on, but also the people who are running.”

He called again on Nov. 1 and found out there was an issue with the second ballot. “It turns out they had spelled the second one wrong when I gave them the information,” Shields said.

He asked for a third ballot but was unsure if it would arrive in time to be sent back by Election Day. The night before the election, he posted about the situation on Facebook, and a professor at Union Presbyterian offered to chip in for a plane ticket. In the span of three hours, Shields raised over $1,000 from friends and family and had booked a ticket to Georgia for the morning of Nov. 6. “By midnight my bag was packed,” he said.

He left his apartment in Richmond at 3 a.m. to catch a 5:30 a.m. flight to Georgia. He first had to go to the county elections office to invalidate his absentee ballot, and then went to a polling place to vote. By 8 p.m., he had voted, visited with his family and touched back down in Richmond. The irony of the situation became clear when Shields got back to his apartment on Tuesday night — there were two absentee ballots waiting for him.

“I’m still kind of amazed that I flew to Georgia and back in one day; it’s still unreal,” he said. “The silver lining in all of it is the amount of support from the community that I belong to. Even if we have a system that’s completely broken, there are communities that are willing to stand up and make this difference.”

One of the reasons Shields felt compelled to travel to Georgia was the need to have fair and open elections.

“That’s not a partisan statement by any means,” he said. “At the end of the day, if we’re going to have a fair and open election, that means that the secretary of state is not one of the potential candidates for the governor,” he said, referring to Brian Kemp’s decision not to step down as the top official overseeing elections in Georgia after declaring his candidacy.

He also found the fact that even Kemp had issues voting as evidence that the voting system in Georgia is broken.

Shields, who supported Democrat Stacey Abrams, recognizes that not everyone would have the time or resources to fly home to vote.