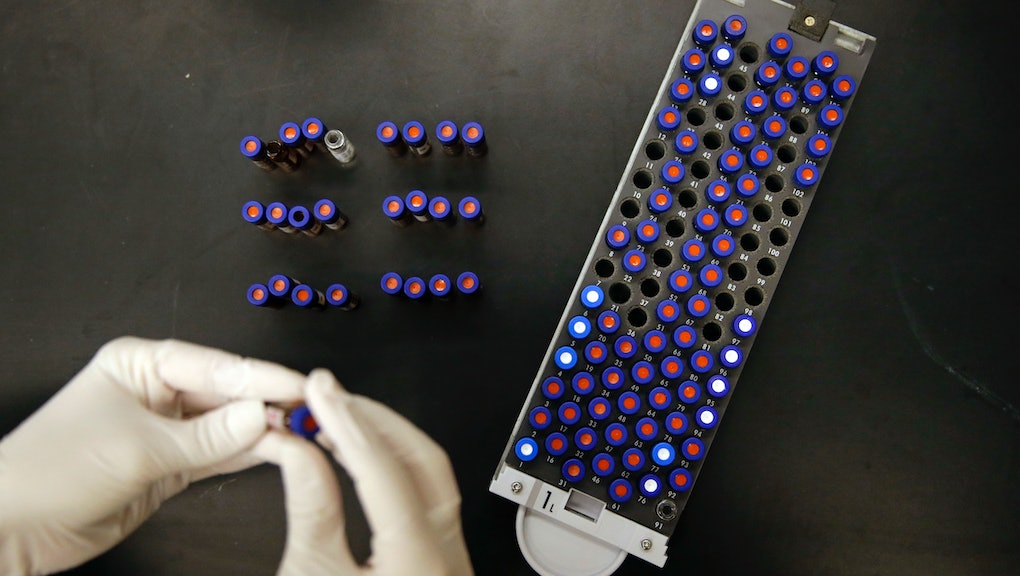 The Trump administration is continuing its crusade against fetal tissue research, with the Department of Health and Human Services reportedly holding “listening sessions” to consider views from both scientists and anti-abortion-rights advocates who oppose the practice, Politico reported Tuesday.

According to Politico, the Trump administration has been conducting meetings to consider defunding research projects that use fetal tissue. The move follows a September announcement that the HHS was conducting a review of all fetal tissue research. The National Institutes of Health previously estimated it would spend $103 million on such research in 2018 and $95 million in 2019.

The White House has reportedly held one meeting already, and the HHS has also “invited scientific organizations to make their case in a one-hour listening session scheduled for Friday.”

Fetal tissue research is medical research performed using human fetal tissue that has been obtained through abortions at or after nine weeks of pregnancy. Fetal cells offer benefits over adult tissue because they are more flexible, easier to grow and adaptive to other environments. Lawrence Goldstein, a professor at the University of California at San Diego who heads the university’s stem cell program, said in an interview at Mic that fetal cells offer particular benefits for learning more about organ development.

“If you’re studying the development or the formation of an organ such as a kidney, the fetal cells are the actual precursors to the kidney,” Goldstein said, describing fetal cells as the “gold standard.”

“You can’t get precursors to kidney cells, they just don’t exist,” he added. “They’re gone. If you want to know what the earliest steps are so you can recapitulate those in a development project, you have to have fetal cells.”

Fetal tissue is used for research on numerous diseases and disorders, as well as helping develop vaccines and being used in transplants that lessen or cure the effects of diabetes and neurological disorders. Among the numerous conditions currently being helped through fetal tissue research are HIV, Ebola, the Zika virus, hepatitis B and C, Lou Gehrig’s disease, Parkinson’s, cancer, Down syndrome and autism.

According to Centers for Disease Control and Prevention data cited by Stat, vaccines developed using fetal tissue prevented 322 million illnesses and 732,000 premature deaths from 1994 to 2013, during which it also saved $1.38 trillion dollars. The research has benefited “virtually every person in this country,” University of Wisconsin at Madison bioethicist Alta Charo told the Week in 2015.

Though fetal tissue research has taken place since the 1930s, the practice became more politicized in the wake of the 1973 abortion ruling Roe v. Wade and the 2015 release of misleading videos filmed by anti-abortion-rights advocates that claimed to show Planned Parenthood representatives admitting to “making a profit off the tissues supplied from aborted human fetuses.” The individuals behind the videos have since been charged with invasion of privacy.

Fetal tissue research is heavily regulated: Federal law prevents anyone from profiting from the sale of fetal tissue and also stipulates that “no inducements, monetary or otherwise, will be offered to terminate a pregnancy.” A code of ethics governing the use of fetal tissue from the American Medical Association requires a woman’s voluntary consent before her fetal tissue is used for research and ensures a decision to obtain an abortion is made prior to and independently of any decision regarding the donation of fetal tissue.

“It’s not like people like me want the controversy,” Goldstein said. “We’re trying to do the best medical research we can and ... We use whatever is going to work well.”

“You only get fetal tissue after it has been decided that the tissue is going to be discarded,” Goldstein added. “So if you do the research, it doesn’t change whether the tissue is discarded or not. It’s just that if the decision has been made to discard the tissue, we think it’s better to use the tissue for research than just throw it away.”

Anti-abortion-rights advocates are still vehemently opposed to the practice, however, believing fetal tissue research inspires more women to obtain abortions and could result in a “fetal harvesting industry,” according to CQ Researcher.

“Unborn children are not commodities to be bought and sold,” 85 Republican members of the House of Representatives wrote in September in a letter to Food and Drug Association Commissioner Scott Gottlieb concerning a fetal tissue research contract the FDA awarded in July.

Anti-abortion-rights advocates have been pushing the Trump administration to end the federal funding of fetal tissue research. In a September letter to HHS Secretary Alex Azar, anti-abortion groups like the Susan B. Anthony List — which Politico reported is giving input to the White House as it considers the issue — urged Azar to “end all association with those who participate in any trafficking or procurement of aborted baby organs.”

“If you look at the credentials of the people that are arguing that adult cells can do everything, most of them aren’t actually practicing scientists,” Goldstein said. “They’re driven by an ethical point of view, but that point of view overrides all scientific arguments, and in fact, they’re just frequently wrong about what the scientific data tells us.”

Goldstein said canceling federal funding would “delay the delivery of effective therapies to Americans and people around the world who desperately need them.”

“The National Institutes of Health is the major biomedical research arm of the federal government,” Goldstein said. “If you turn off funding for that agency, you’re gonna remove a large fraction of the research using fetal or embryonic cell types, and it will delay the discovery of therapies that are effective.”