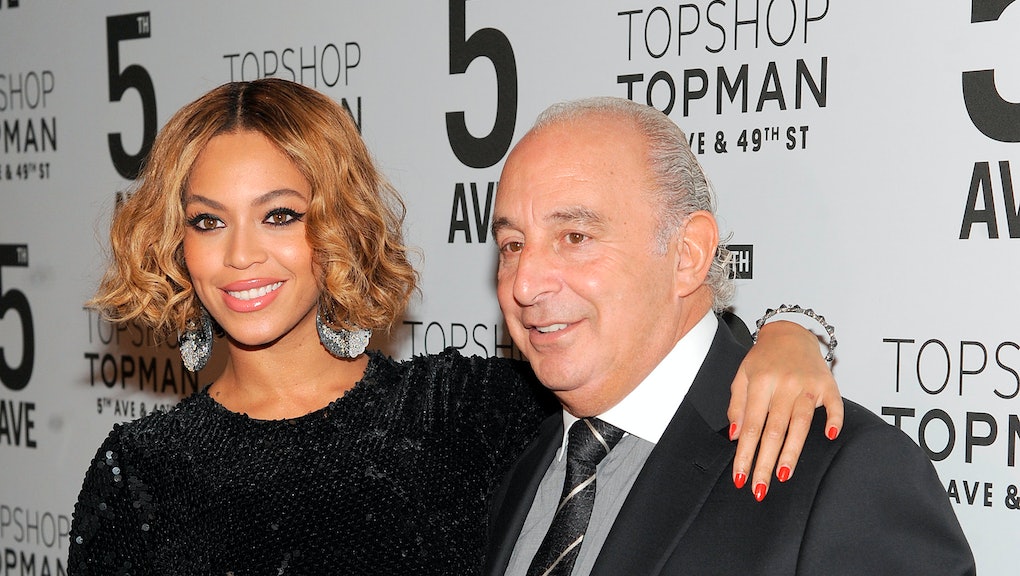 Beyoncé now owns 100% of the athleisure brand Ivy Park. The pop superstar and businesswoman bought the 50% stake owned by British billionaire Philip Green as he faces allegations of sexual harassment and racial bias.

“After discussions of almost a year, [Beyoncé’s] Parkwood has acquired 100% of the Ivy Park brand,” Ivy Park said in a statement, according to Reuters. Financial Times was the first to report the news Wednesday.

Green is the chairman of Arcadia Group, which owns popular retailers such as Topshop. Since launching in 2016, Ivy Park was sold through Top Shop. Additionally, the line is sold in Bloomingdale’s, Nordstrom and German-based online store Zalondo.

Ivy Park’s “high-functioning sportswear,” as described on the Topshop website, includes T-shirts, leggings, hoodies, bra-tops and sweatshirts. Topshop will reportedly fulfill any remaining orders for the sportswear brand in light of the news, according to Reuters.

On Oct. 26, the Guardian reported that former employees of the Arcadia Group had alleged Green sexually harassed, bullied or racially abused them. Green reportedly paid them “enormous seven-figure secret payouts” to keep the allegations from going public.

Days later, Green denied the allegations, stating, “there has obviously from time to time been some banter and a bit of humor, but as far as I’m concerned there was never any intent to be offensive.”