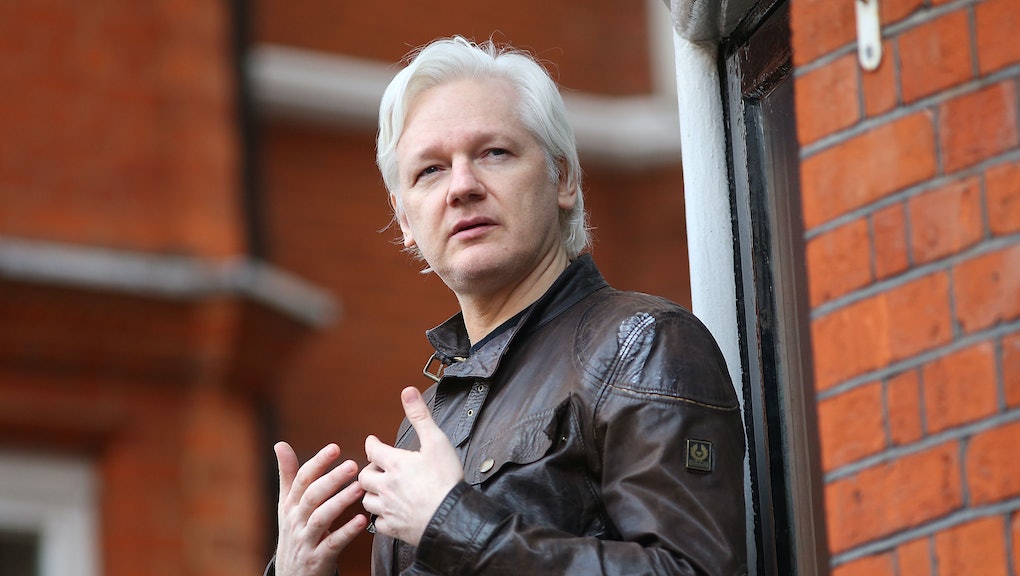 Report: WikiLeaks founder Julian Assange has been charged by US government

WikiLeaks founder Julian Assange has been charged by the U.S. government, the Washington Post reported Thursday. The charges are under seal and have not yet been formally announced.

The charges against Assange were revealed in an unrelated court filing in the U.S. District Court of Eastern Virginia, in which Assistant U.S. Attorney Kellen S. Dwyer wrote, “due to the sophistication of the defendant and the publicity surrounding the case, no other procedure is likely to keep confidential the fact that Assange has been charged.” Dwyer later added the charges against Assange “need to remain sealed until Assange is arrested.”

Assange’s charges were unintentionally revealed in the Aug. 22 court filing, which centered on a sex trafficking case with a perpetrator who was also detained for “his substantial interest in terrorist acts.” Dwyer is the attorney for both that and the WikiLeaks case, and the language appears to have been copied from the WikiLeaks filing.

“The court filing was made in error,” Joshua Stueve, a spokesman for the U.S. attorney’s office in the Eastern District of Virginia, said in a statement to the Post. “That was not the intended name for this filing.”

The filing error was first spotted by Seamus Hughes of the Program on Extremism at George Washington University, who shared the filing on Twitter Thursday. The discovery comes after the Wall Street Journal had reported on Thursday that the U.S. Department of Justice was preparing to prosecute Assange.

It still remains unclear what charges Assange will face. The WikiLeaks founder, who is currently living under asylum at the Ecuadorian embassy in London, has been under investigation by the U.S. government since 2010, when Chelsea Manning provided classified government documents to WikiLeaks. The charges could include violation of the Espionage Act, which prohibits disclosing national defense information, the Wall Street Journal noted.

The Obama administration previously declined to prosecute Assange, though Post noted the Trump administration has taken a more aggressive approach against Assange and government leaks. The WikiLeaks founder could also be a person of interest in special prosecutor Robert Mueller’s investigation, as Mueller has explored WikiLeaks’ publication of emails from the Democratic National Committee and Hillary Clinton’s campaign chairman John Podesta.

Assange’s attorney Barry J. Pollack told the Wall Street Journal he had been unaware that a prosecution against Assange was in the works. In a separate statement to the Post, Pollack said, “The only thing more irresponsible than charging a person for publishing truthful information would be to put in a public filing information that clearly was not intended for the public and without any notice to Mr. Assange.”

“Obviously, I have no idea if he has actually been charged or for what, but the notion that the federal criminal charges could be brought based on the publication of truthful information is an incredibly dangerous precedent to set,” Pollack said.