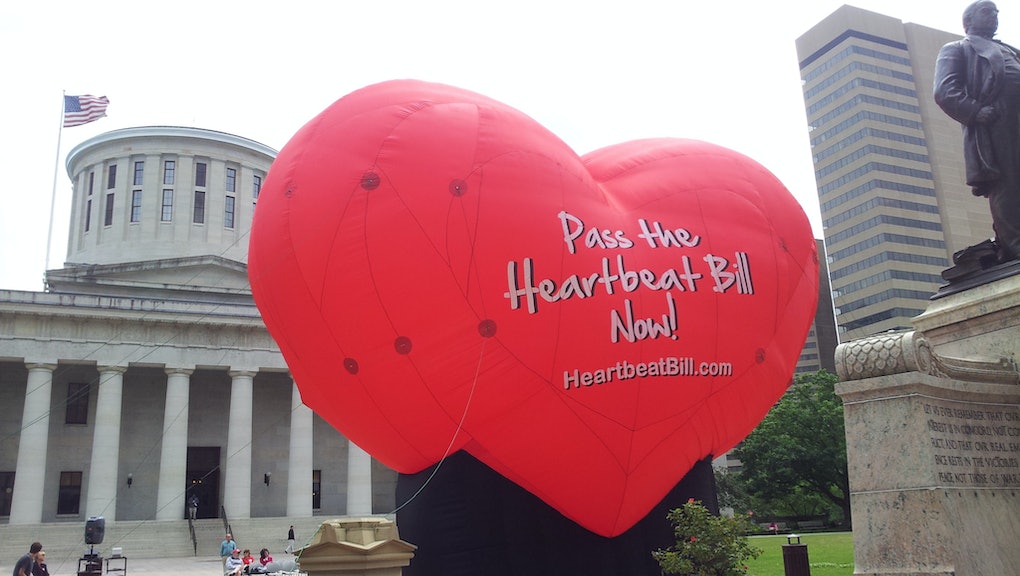 The Ohio House of Representatives has revived efforts to pass a controversial “heartbeat bill” that would severely restrict abortions, passing the contentious legislation Friday in a vote of 60-35.

The law would ban abortion after a fetal heartbeat can be detected, except in cases where the parent’s health is at risk. Heartbeats can be detected as early as six weeks, which can be before a person even realizes they’re pregnant.

Though the legislation still has to clear the Ohio Senate, this attempt at passing the heartbeat bill could have better odds, as the House’s 60-vote majority is enough to override a potential gubernatorial veto. Though the bill did garner support from two Democrats, the House vote was largely along party lines, with several House Democrats speaking out against the bill.

Under the bill, those who perform abortions after a heartbeat is found could be charged with a fifth-degree felony and subject to one year in prison and a $2,500 fine.

Friday’s House vote marked the Ohio legislature’s latest attempt at passing the legislation, which has failed multiple times in the past. In 2016, both chambers of the state Congress passed the legislation, but the bill was vetoed by Gov. John Kasich, who believed the policy would be struck down in court. Similar bills have passed in Arkansas, North Dakota and Iowa, and all have been blocked by the courts.

If the bill becomes law, it will likely be challenged in court — and could give the U.S. Supreme Court and new Justice Brett Kavanaugh the chance to rule on Roe v. Wade. The bill’s lead sponsor, Republican Rep. Christina Hagan, told the New York Times the bill was specifically crafted to challenge the landmark abortion ruling, which many believe could now be at risk after Kavanaugh’s ascension to the high court.

“We believe Ohio is best positioned to send this through the Circuit Courts and to the federal Supreme Court,” Hagan told the Times.