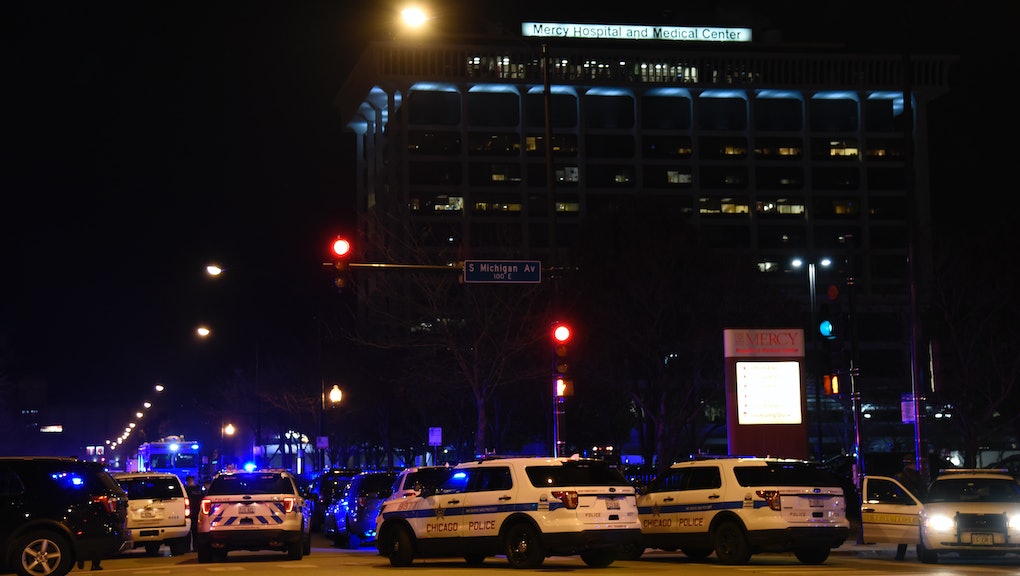 The killing of Dr. Tamara O’Neal reflects the alarming stats about black women and domestic violence

On Monday afternoon, Dr. Tamara O’Neal, a 38-year-old emergency room physician at Mercy Hospital in Chicago was shot and killed by her ex-fiancé 32-year-old Juan Lopez. The deadly incident started when Lopez and O’Neal got into a domestic argument in the hospital parking lot, according to the Associated Press.

The events escalated when Lopez opened fire on O’Neal and later shot and killed a police officer, Samuel Jimenez, 28, and pharmaceutical assistant Dayna Less, 25. Lopez was also shot dead. Lopez and O’Neal were engaged for almost a year, but their wedding was called off in September, WLS reported.

O’Neal’s tragic killing is yet another case of intimate partner violence and the incident should be a dire reminder that black women are more likely to experience domestic violence than white, Latina and Asian/Pacific Islander women, according to a 2017 report, the Status of Black Women in the United States, from the Institute of Women’s Policy Research.

More than 40% of black women experience intimate partner violence during their lifetimes compared to 31.5% of all women, the report states.

Black women are two and a half times more likely to be murdered by men than their white counterparts. In these cases, the majority — more than 90% — knew their killers. The average age for black female homicide victims was 35, compared to 40 for all women.