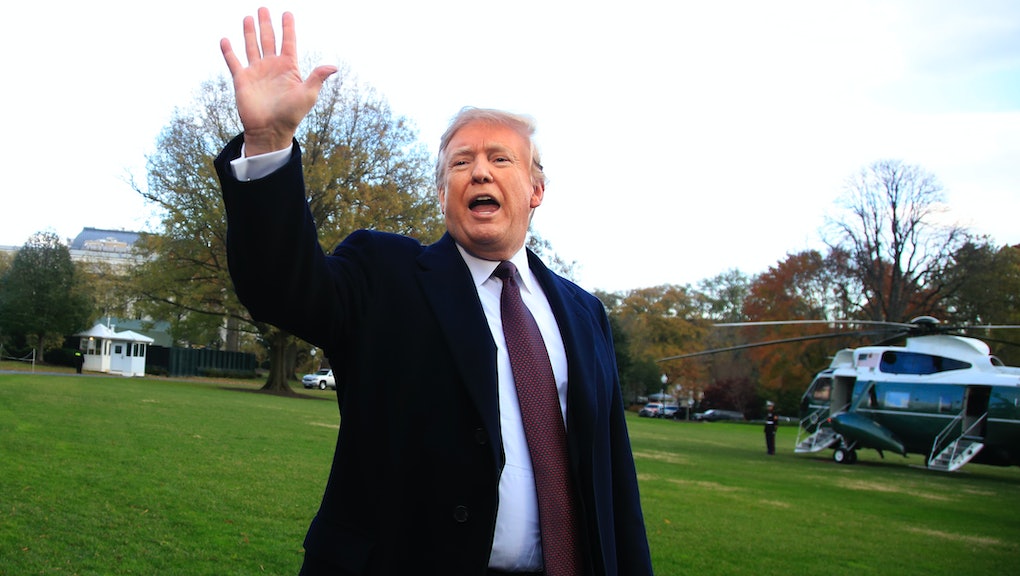 Good evening, Mic readers. At our New York City offices on Tuesday, we’re marking Transgender Day of Remembrance — a day to acknowledge transgender lives lost by anti-trans violence — by hosting a panel of experts who will discuss issues and opportunities facing the trans community. Check out our Twitter and Instagram for updates from the event throughout the night.

Here are the top five stories out of Mic today.

Some members of the Women’s March board have been dogged by their alleged political affiliations as of late, leading for calls — including from the founder of the march — for these members of the board to step down. They aren’t budging. Read more.

In looking the other way on Saudi Arabia, Trump again shows he will always side with the strongmen

President Donald Trump on Tuesday backed Saudi Arabian leadership, saying Crown Prince Mohammad bin Salman could have been aware of plans to kill dissident journalist Jamal Khashoggi, “and maybe he didn’t!” According to Mic’s Eric Lutz, this is just the latest in an all-too-common pattern of Trump’s behavior: Sucking up to strongmen. Read more.

The killing of Dr. Tamara O’Neal reflects the alarming stats about black women and domestic violence

More than 40% of black women experience intimate partner violence during their lifetimes — compared to 31.5% of all women. Read more.

Green Book, a new movie in theaters nationwide on Wednesday, borrows its name from a very real series of books, the Negro Motorist’s Green Book. They provided resources for black Americans in the ’30s and beyond who sought to travel the country not just enjoyably — but safely. And the movie adaptation misses the importance of that history, according to Mic’s Chauncey Alcorn. Read more.

Donald Trump claims to love the military. So why can’t he stop disrespecting veterans?