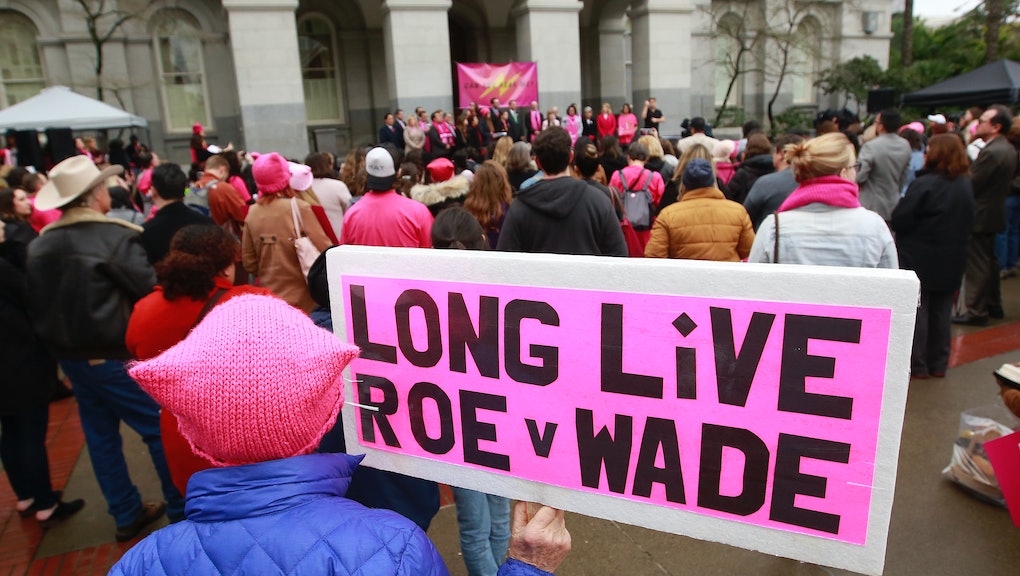 A federal judge in Mississippi forcefully struck down the state’s abortion ban as “unequivocally” unconstitutional Tuesday, taking aim at the state’s unlawful actions in a blistering 17-page ruling.

The Mississippi law, which passed in March and was immediately challenged by the Jackson Women’s Health Organization, bans abortions after 15 weeks, with exceptions for fetal abnormalities or a medical emergency. U.S. District Judge Carlton W. Reeves permanently blocked the law from taking effect, saying, “As the facts establish, the Act is unlawful.”

“Mississippi’s law violates Supreme Court precedent, and in doing so it disregards the 14th Amendment guarantee of autonomy for women desiring to control their own reproductive health,” Reeves wrote. “There is no legitimate state interest strong enough, prior to viability, to justify a ban on abortions.”

In a footnote to the ruling, Reeves went on to say that Mississippi’s professed interest in protecting women’s health — the justification used for the 15-week ban — was “pure gaslighting,” as the state’s leaders “are proud to challenge Roe but choose not to lift a finger to address the tragedies lurking on the other side of the delivery room: our alarming infant and maternal mortality rates.”

The injunction on the Mississippi law will also block a similar ban in Louisiana, which contained a clause stipulating the law would only take effect if the Mississippi law was upheld in court. Nancy Northup, president and CEO at the Center for Reproductive Rights, which represented the plaintiffs in the case, said in a statement the Mississippi ruling “should be a wake-up call for state lawmakers who are continuously trying to chip away at abortion access.

“Such bans will not stand in a court of law,” Northup said.

Mississippi is one of a number of conservative-controlled states across the country that have attempted to weaken abortion’s legality through restrictive legislation; according to the Guttmacher Institute, 57% of women age 15-44 live in a state that is “hostile or extremely hostile” to abortion rights, and 288 abortion restrictions were enacted between 2011 and 2015 alone.

The recent ascension of Justice Brett Kavanaugh to the U.S. Supreme Court has raised suspicion the high court will overturn Roe v. Wade or significantly weaken abortion protections at a national level, potentially through one of the numerous abortion cases already making their way through federal court. Opportunities for challenging Roe are still arising; the sponsor of a six-week abortion ban in Ohio that passed the state’s House of Representatives Friday said the restrictive bill was written specifically to challenge Roe at the Supreme Court.

In his ruling, Reeves argued the Mississippi legislature had the same ultimate judicial aim in mind with its abortion ban, saying, “the real reason we are here is simple. The State chose to pass a law it knew was unconstitutional to endorse a decades-long campaign, fueled by national interest groups, to ask the Supreme Court to overturn Roe v. Wade.”

“With the recent changes in the membership of the Supreme Court, it may be that the State believes divine providence covered the Capitol when it passed this legislation,” Reeves said. “Time will tell. If overturning Roe is the State’s desired result, the State will have to seek that relief from a higher court. For now, the United States Supreme Court has spoken.”

The case still may in fact end up at the Supreme Court, as Mississippi Gov. Phil Bryant suggested Wednesday he would appeal the court’s ruling. The governor “fully supports the defense of this law moving forward,” spokesman Knox Graham said in a comment to the Associated Press.

Reeves emphasized in his ruling the “sad irony” of many federal court decisions on abortion: that “men, myself included, are determining how women may choose to manage their reproductive health.”

“As a man, who cannot get pregnant or seek an abortion, I can only imagine the anxiety and turmoil a woman might experience when she decides whether to terminate her pregnancy through an abortion,” Reeves said. “Respecting her autonomy demands that this statute be enjoined.”