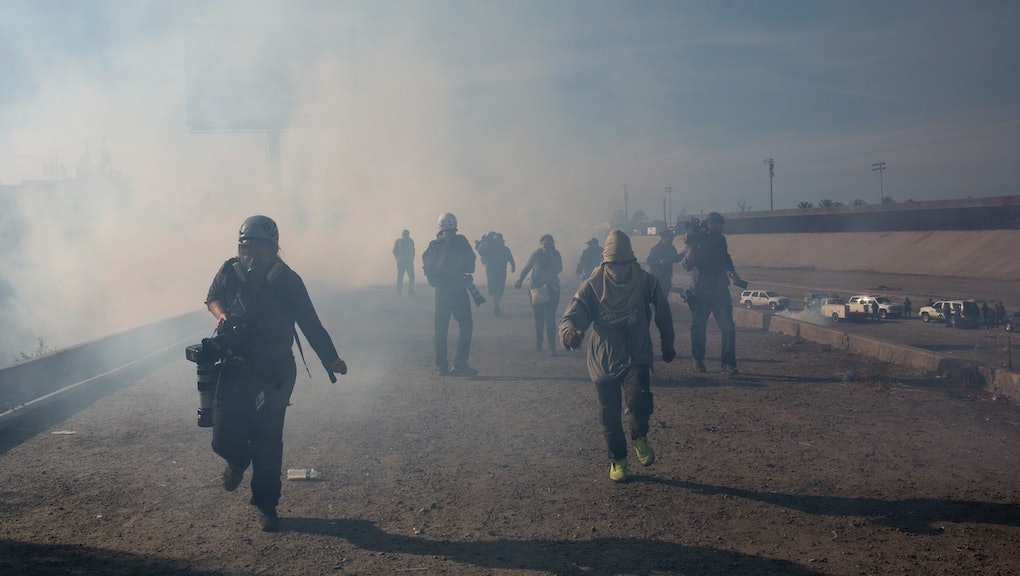 Mic Daily: Mexico requests investigation into US use of tear gas at the border

Hello, readers, and happy Tuesday to you all. Here are the top stories out of Mic today.

If a new Guardian report holds up, it could be a major finding for investigators looking for evidence of a conspiracy between the Trump campaign and Russia in the time leading up to the 2016 presidential election. Read more.

After Christine Blasey Ford testified against Brett Kavanaugh’s Supreme Court nomination in September, donations from her supporters flooded in, to the tune of $647,610. Ford used a chunk of that to protect herself and her family, who continue to be the targets of death threats. Now, she has a plan for the leftover cash. Read more.

Mexico requests the U.S. conduct “exhaustive investigation” into use of tear gas at border

Former Police Officer Jason Van Dyke was found guilty in October on second-degree murder charges and 16 counts of aggravated battery with a firearm for shooting and killing 17-year-old Laquan McDonald in 2014. Now, additional officers are facing charges — including obstruction of justice — for allegedly meeting in private before filing false reports about what actually happened. Read more.

From Nixon to Trump, a history of the White House gingerbread home — and how it’s changed over time

The internet delights in poking fun at first lady Melania Trump’s dystopian, sterile Christmas decoration choices — and that extends to this year’s gingerbread rendition of the White House itself. For those of you who think this criticism comes purely from an urgent need to dunk on anything Trump-adjacent, perhaps a bit of historical context will help. Read more.