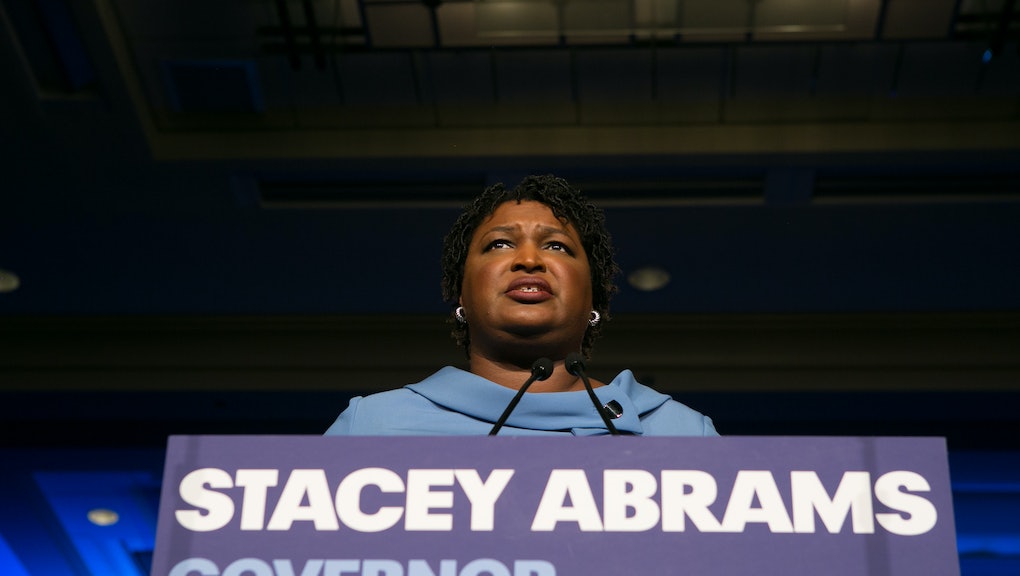 The lawsuit, filed against interim Georgia Secretary of State Robyn A. Crittenden and members of the State Elections Board, comes after a contentious gubernatorial election between Abrams and incoming Gov. Brian Kemp, Georgia’s former secretary of state. The election and vote-counting process were plagued by allegations of voter suppression efforts, including 53,000 voter registrations being put on hold over the state’s “exact match” policy, polling place failures on Election Day and issues with the process of counting provisional and absentee ballots.

Abrams vowed to file a federal lawsuit against the state for “gross mismanagement of this election” when she acknowledged her loss to Kemp, following a series of voter suppression lawsuits filed both before the election and during the vote-counting process. The gubernatorial candidate did not formally concede to the governor-elect because “concession means to acknowledge an action is right, true or proper,” Abrams said at the time.

“Eight years of systemic disenfranchisement, disinvestment and incompetence had its desired effect on the electoral process in Georgia,” Abrams said as she ended her gubernatorial bid.

Now, the organizations Care in Action and Fair Fight — a group formed by Abrams — are working to ensure future Georgia elections are not plagued by the same “gross mismanag[ment]” that plagued the 2018 race.

“In the 2018 election, Georgia citizens tried to exercise their constitutional rights but were denied the ability to elect their leaders,” the lawsuit states. “Defendants’ failed policies and limited to no oversight disenfranchised untold numbers of voters. ... Absent judicial intervention, future elections in Georgia will be no different.”

The lawsuit highlights a number of what Abrams says are flaws in Georgia’s elections process, including the “exact match” policy, which requires voters’ registration data to exactly match their information in state databases; a “use it or lose it” voter purge policy used to remove hundreds of thousands of voters from voter rolls; and inaccurate maintenance of voter registration rolls.

The lawsuit also notes instances of registered voters not appearing on the rolls at their polling location, including voters who registered on or near the registration deadline, those who registered when receiving a drivers license and some voters who had voted consistently at the same polling site for years.

The legal challenge also takes aim at the state’s election technology, which it alleges is “vulnerable to hacking and manipulation”; the state’s use of “unreliable” voting machines that, in some instances, changed votes for Abrams to votes for Kemp; the moving and closing of voting precincts; and the state’s failure to provide adequate resources to polling locations. The lawsuit also criticizes Georgia officials for their allegedly inadequate oversight and training of elections officials on the proper processes for provisional and absentee ballots.

Georgia’s systemic failures in its elections process have violated the First, Fourteenth and Fifteenth Amendments, along with the Voting Rights Act and the Help America Vote Act, the lawsuit alleges. The organizations argue that these failures particularly impact voters of color in violation of the Equal Protection Clause of the U.S. Constitution, the Fifteenth Amendment’s ban on racial discrimination in voting and section 2 of the Voting Rights Act.

The lawsuit comes as voters prepare to elect Georgia’s next secretary of state who will have control over implementing any new election policies — or, should the suit not succeed, keeping the older policies in place. The complaint notes the secretary position is “the chief elections officer in Georgia” and is “responsible for [Georgia’s] election system as a whole” alongside the State Election Board, which the secretary of state chairs.

After neither candidate secured a majority of the votes on Election Day, Republican state Rep. Brad Raffensperger and Democratic former U.S. Rep. John Barrow are headed for a runoff election Dec. 4.

Raffensperger, whom President Donald Trump endorsed, has championed stricter voting rules, including strengthening voter ID policies and keeping Georgia’s voter rolls “clean and accurate.” Barrow, meanwhile, has emphasized his desire to expand voting rights, writing in an op-ed for the Atlanta Journal Constitution, “Anything we do that makes it harder than necessary for honest citizens to register, stay registered or vote undermines their right to vote.”