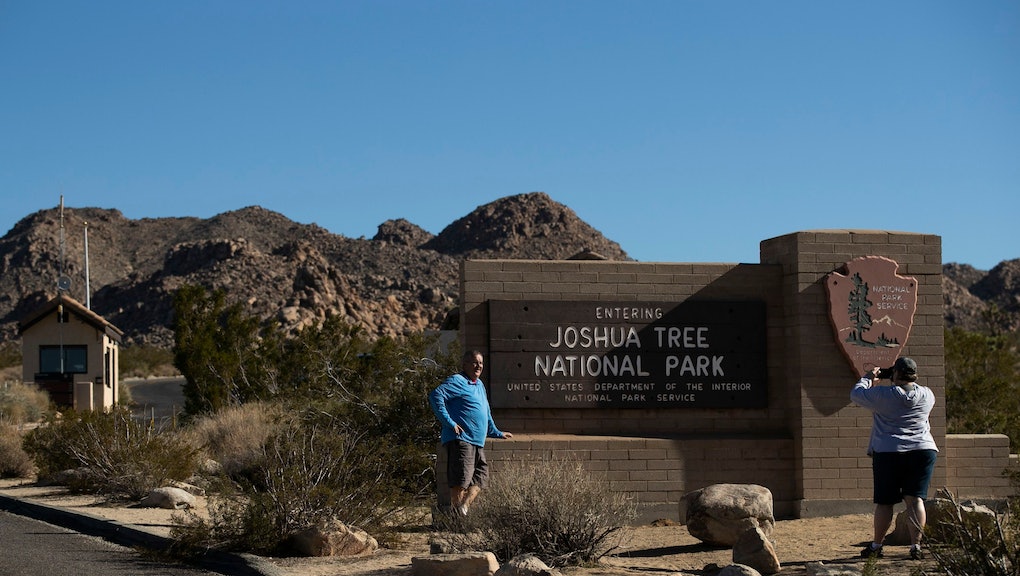 Three ways our national parks are suffering during the government shutdown

As the partial shutdown of the United States government enters its third week, more effects from the closure — which is impacting 800,000 federal workers — are being felt. Along with a stoppage of some Food and Drug Administration food safety inspections, government employees are calling in sick, choosing to search for alternative means of employment as they work without pay.

The consequences of the shutdown have also reached national parks, resulting in temporary park closures and sites littered with garbage. Although some destinations continue to see tourists, not every park has been able to function normally. As the shutdown lingers on, here are three ways our national parks and their surrounding communities are suffering.

As reported by The New York Times, President Donald Trump made the decision to keep national parks open during the shutdown, a drastic shift from what occurred during the 2013 government shutdown under President Obama. (During the 17-day shutdown, President Obama faced criticism for his decision to close parks and national monuments, as reported by USA Today.) Visitors fees are currently funding parks, allowing them to remain operational. However, visitors may find that certain park areas are closed, and some park services — including trash collection and restroom cleaning — are suspended.

Due to the temporary loss of funding, national parks are understaffed. With nearly 80% of park staff now on furlough, park visitors remain unsupervised, and as The Washington Post reported, vandalism and damage have occurred. According to The Washington Post, visitors to Joshua Tree Park have destroyed some of the park’s historic trees, while other areas of the California park have been tarnished with graffiti.

In a press release, a Joshua Tree park official confirmed the damage, saying, “While the vast majority of those who visit Joshua Tree National Park do so in a responsible manner, there have been incidents of new roads being created by motorists and the destruction of Joshua trees in recent days.”

If you’re planning a trip to a park, Jorge Moreno, information officer with California State Parks, reminded visitors that even if a park is understaffed, normal guidelines still apply. “Visitors can keep parks clean by following park rules such as taking their trash home or by placing trash in designated receptacles,” he said. “We also encourage our visitors to stay on designated trails, use the buddy system when hiking and view wildlife from a safe distance.”

Preservation is at stake

As a result of the vandalism and the lack of park staff available to keep areas clean, wildlife and areas of cultural importance are at risk. In an interview with WBUR, John Garder, senior budget director of the nonprofit National Parks Conservation Association, explained that garbage and unclean restrooms pose a potential threat to park wildlife. With visitors not obeying rules enacted to protect wildlife and the park — including guidelines on camping sites and bringing in pets — there’s concern that the park environment and its animal inhabitants could be disrupted.

Additionally, John Lauretig, a retired law enforcement ranger at the park and executive director of the nonprofit Friends of Joshua Tree National Park, told WBUR he’s concerned about the potential historical impact. “There [are] other parks that have just a gold mine of artifacts and resources that are basically unprotected right now, and I would hate to see those pieces of our history and heritage disappear during this shutdown,” he said.

As Moreno explained, both state and national parks provide a valuable resource for residents of the United States and visitors from around the world, and they’re worth protecting. “Parks are essential to the well-being of the environment and all people,” he said. “Children play, people exercise, families and friends bond, seniors socialize, cultures share and celebrate their differences, and everyone connects with nature. Providing access to all people and engaging younger generations is key to promoting healthy lifestyles to current and future generations.”

The shutdown’s impact also extends to the surrounding communities. More than 330 million visitors planned a trip to a national park in 2017, and those visits often include stops in neighboring towns and attractions. According to the National Parks Service, visitors spent $18.2 billion in revenue during their trips, and the National Parks Conservation Association is concerned that this shutdown could negatively impact local commerce.

During a previous government shutdown that lasted from November 1995 to January 1996, the National Parks Conservation Association estimated that businesses located centrally to national parks lost $14 million daily. Based on this precedent, The National Parks Conservation Association believes that restaurants, contractors that provide cleaning and snowplowing services, and tourism shops could potentially lose revenue during this shutdown.

Only time will tell how this government action will ultimately affect some of our nation’s most important natural treasures. As the shutdown gets closer to becoming the longest in U.S. history, there’s really no telling how much of an impact this period could have on our federal workers, our national parks, and the wildlife that call these places home.