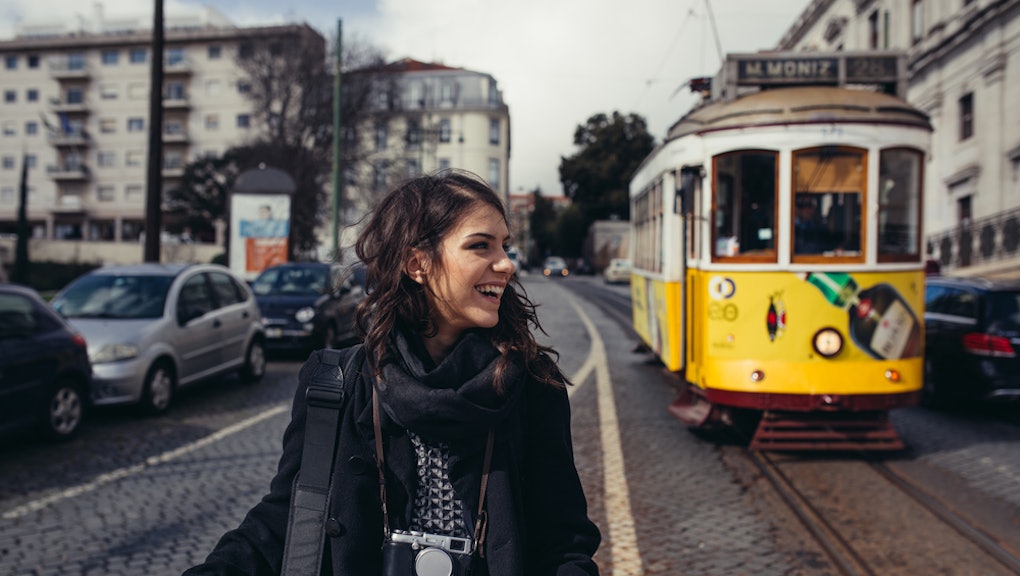 It’s no secret that studying abroad is more about what you learn outside of the classroom than in it. Sure, you might expand your social circle and discover your new favorite cuisine, but studying abroad might benefit you in ways you never quite imagined.

Research presented at the Conference on National Needs and Policy Implications suggested that that 39 percent of employers report having missed out on business opportunities due to their lack of foreign language skills and international experience.

With over 330,000 students having studied internationally in 2017, the competition to get into your top school or dorm is steep. So how do you choose the right one?

“It’s about the cultural experience and choosing the city that has both the relevant course content you want to study but a vibrant creative and cultural scene that’s affordable and accessible,” said Chris Fair, president and CEO of Resonance Consultancy, and creator of the World’s Best Cities index.

He said that if you have your eye on finance, it makes sense to spend a semester — or even a few years — in major cities like London, New York and Tokyo for a smoother transition into the work stream. But for more creative pursuits — or even just a break from your usual academic routine — the following cities offer cultural diversity, safety, public transit accessibility, housing affordability and so much more.

Dubai’s low-key cousin is a goldmine for cultural and professional opportunities, making Abu Dhabi the perfect place to spend a semester and perhaps eventually return for good. “It’s interesting in terms of the cultural investments. The Louvre Abu Dhabi museum just had a billion dollar investment. If I was studying history or interested in that area it might be a good part of the world to look at,” Fair said.

If you’re looking for a study break on weekends, the Hyperloop to be built next year will take you to Dubai — normally a two-hour drive — in just 12 minutes.

It’s often difficult to find affordable housing in most major cities, but Montreal has one of the cheapest costs of living in North America relative to its size and cultural offerings. According to research from multinational investment bank UBS, it ranks 26th in affordability out of 77 major cities.

Over the next 10 years, the public transit system will receive a $16 billion makeover, making it easier than ever to get to class on time. “Montreal’s growth and development was stunted but now that we’re past that we’re seeing it thrive,” Fair said.

A city that was once best known for its beaches and refreshing avatiach (that’s watermelon — a mandatory way to hydrate) transformed itself into a world leader on all things technology and science. Tel Aviv is where you go to get a rigorous education coupled with a blissful daily walk along the Mediterranean-facing pier.

“There’s a vibrant start-up scene. If I was into computer science or programming that would be at the top of my list. It’s very culturally diverse. It’s a city of the future but offers a great lifestyle,” Fair said.

Bargaining with vendors in the bustling markets is a unique take on grocery shopping. In Tel Aviv, basic everyday tasks are just a little bit more interesting.

Germany’s second largest city is also one of the most creative, according to Fair. Hamburg ranks 60th overall and 21st on nightlife on the World’s Best Cities scale, starting with the ever-trendy Reeperbahn Nightlife District.

What’s more is that diversity is at the heart of Hamburg culture. The Hamburg University of Technology has been instrumental in integrating refugees into society, and has done so by organizing a host of art exhibitions, concerts and social events open to the public. Attending each and every one them won’t be an issue given that your public transport ticket is included in your semester fee.

Think of Manchester as a budget-friendly alternative to London. Manchester U is home to world-class faculty, so you can feel good about taking the weekends to explore the city’s cultural offerings, including the largest Chinatown in the U.K.

“It has a fairly vibrant cultural scene at 29th in the world for nightlife, and it does quite well on diversity,” Fair said.

Manchester has plenty of student-run sustainability initiatives that might make your study abroad experience even better. For example, to reduce carbon emissions, student volunteers repair reclaimed bikes and rent them for £1 a week.

Hey, sure beats the price of a gym membership.