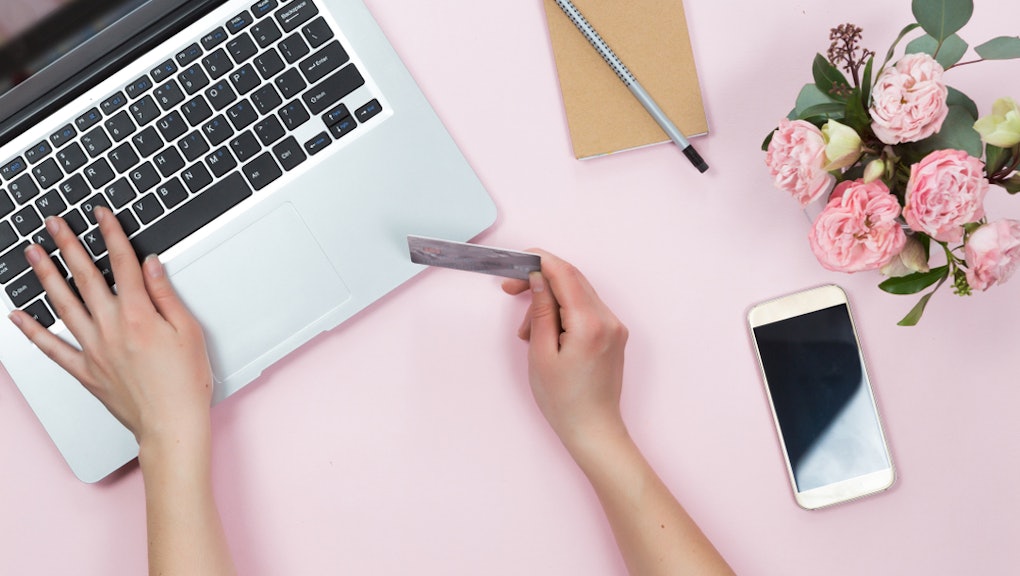 Paying in installments sounds great in theory. You have the luxury of purchasing something you desperately need in a pinch without having to make significant changes to your lifestyle. But in practice? It might be too good to be true. Over 10 million Americans use installment payment plans each year, according to research from The Pew Charitable Trusts, collectively racking up over $10 billion in interest fees.

Here’s everything you need to know about paying in installments, and how to avoid paying more than you bargained for.

If you want to set up an installment payment plan, you first need to check if the retailer in question partners with any installment services. The arrangement varies slightly by retailer, but often you’ll see a logo right beside your credit card information at checkout corresponding to a range of services. Some popular ones include:

· Afterpay, which does not charge you interest, charges you an $8 late fee after the due date, another $8 once a week after that, and caps the total late charges at 25 percent of the total cost of the purchase. Arielle O’Shea, personal finance expert at Nerdwallet, said to keep in mind that could easily top the interest you’d pay on a credit card.

· Affirm lets you choose to pay over the course of three, six or 12 months. They perform a soft check on your credit score to determine your interest rate, but you have the benefit of paying less interest if you make the installment payment earlier than scheduled.

· Klarna splits your payment into four equal installments that will automatically be processed every two weeks, so you won’t receive any alerts or have to remember to make a payment.

“I wouldn’t say any are better than others in a blanket way but you want to look at what the cost is going to be,” O’ Shea said.

When to use one

Installment plans aren’t for everyone. According to O’Shea, they’re best for someone who doesn’t currently have cash on hand or a credit card to make the purchase, but holds a steady job and expects an inflow of cash in the very near future. “You can’t buy something with money you don’t have,” she said. “Make sure you have the money available to pay it back.”

If you do have a credit card, O’Shea suggested reading the fine print of your plan and comparing interest rates against those of the installment plan. Even if the interest rates are higher on your credit card, using it (and paying it back on time!) helps build your credit score, which in turn facilitates major purchases like real estate, and may help you accumulate points for travel and cash back.

However, sometimes the installment plan is an entirely safer option than your credit card, according to O’Shea. For example, if you need to make a sizable purchase and you have a low credit card limit, that purchase will require the bulk or entirety of that limit, potentially dinging your score.

When not to use one

Because these installment plans are so readily available, they might tempt you to make purchases you don’t really need. Using an installment plan requires you to think about why you’re making these purchases in the first place. You wouldn’t use it for an extraneous purchase like a pair of shoes you’ve had your eye on. Instead, you should use it for something you immediately require, like a new washing machine to replace your broken one, according to O’Shea.

Keep an eye on your credit

A situation where you don’t want them to report to the credit bureau is during a “hard pull,” according to O’Shea. That’s when they notify the credit bureau that you’re asking for a large loan, which then signals to the credit bureau you might be on the verge of being unable to pay them back, potentially dinging your score. And, of course, If you’re late on your payments, that’s another hit to credit.

As a level of precaution, read the lender’s privacy policy outlining their level of communication with the credit bureau before using their service.

As a response to installment plans, Amex recently released Pay It Plan It, said O’Shea, which allows you to put purchases valued at $100 or more on qualifying cards, interest-free at an upfront fixed monthly cost.

“Choosing that option can be cheaper than installment plans. You make a plan and they charge you a low monthly fee,” she said. A major bonus is that, unlike installment plans, you continue to earn rewards associated with standard credit cards.