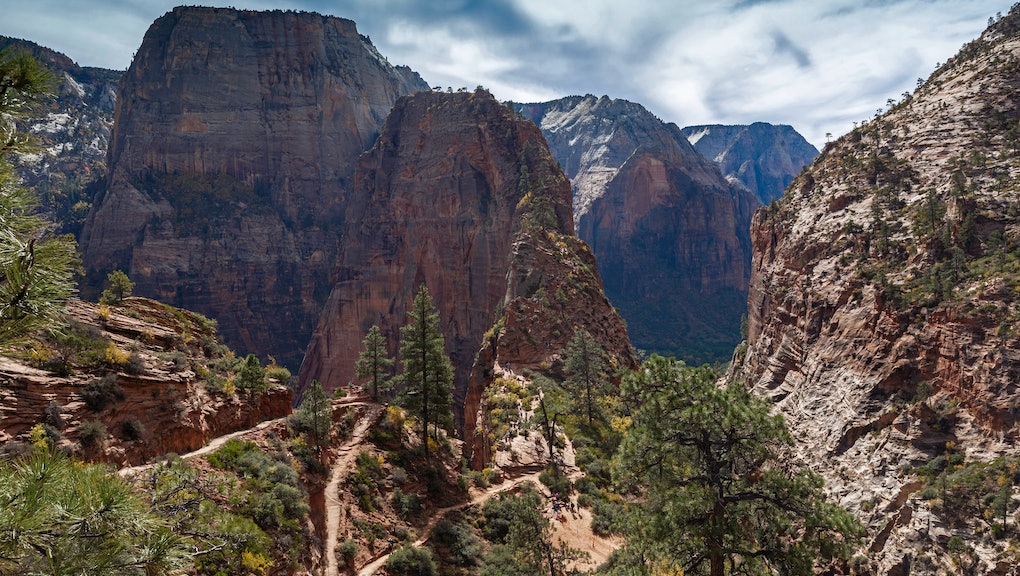 March is famously known for being Spring Break month — but students are hardly the only people who deserve a vacation. After all, particularly if you live in a winter climate, March is about that time when you probably feel the need to get away from home and treat yourself to something other than commuting to and from work in every warm layer you own. Whether you want to head somewhere you can actually enjoy the cold season or escape to warmer temperatures, here are six U.S. spots worth a visit .

Despite its desert dryness, Scottsdale’s summer heat can be oppressive for those who aren’t used to it; but in late winter/early spring the temps don’t typically get quite so high. In fact, according to U.S. climate data, the average high in March is 75 and the average low is 50 — the ideal warm days/cool nights combo that so many love. It also means the weather isn’t too hot for the area’s many outdoor activity options, including golfing at top courses like Troon North Golf Club and TPC Scottsdale, taking a mountain biking tour and hiking Camelback Mountain. If you’re a baseball fan, you can coordinate your visit with spring training, as there are multiple stadiums in or near Scottsdale. “The Cactus League...give[s] baseball fans an intimate ballpark experience to see some of their favorite players and emerging prospects play in [an] ideal, warm springtime destination,” said Julie Hall, AAA spokesperson.

And if the temps do soar, you can cool off with a day of rafting through Salt River Canyon or relaxing by the pool at a picture-perfect resort like the Omni Scottsdale Resort & Spa at Montelucia or at a vacation rental with a pool.

If Mardi Gras is on your bucket list, you can check it off by catching the tail-end in March — this year, Hall noted, the festivities conclude on Tuesday, March 5 (known as Fat Tuesday). And if you miss it, you can get a feel for the experience by visiting Mardi Gras World. “Guided tours are offered through a warehouse where Mardi Gras floats, props and figures are displayed and artists and sculptors may be seen working on their creations,” Hall said. “Visitors are welcomed with Mardi Gras beads and king cake, and the tour includes a brief film about the history of Mardi Gras and float construction.”

And if you’re not into Mardi Gras at all, there are still plenty of ways to experience this culturally rich city. You can experience all of the best flavors through a food tour with Doctor Gumbo, learn all about voodoo at the New Orleans Historic Voodoo Museum, take a stroll through the infamous and awe-inspiring French Quarter (hint: the modern and artsy Troubadour Hotel is walking distance from the action but just far enough removed if you want some space from the hustle and bustle) or enjoy live music. “Jackson Square is a year-round hub for all kinds of street performers, including solo musicians and bands, so you’re likely to find live music no matter when you visit,” Hall said. But, “beginning in March, don’t miss Wednesday at the Square, a free, 12-week evening concert series [in Lafayette Square Park] featuring a variety of great local bands.”

Washington County, home to the famous Zion National Park and the Red Cliffs Desert Reserve, is a dream destination for nature junkies. In March, “the average high temperature is around 66 degrees and provides the perfect weather for outdoor adventure opportunities such as visiting Zion…exploring any of the four State Parks in Washington County, mountain biking, canyoneering [and] ATVing,” said Sara Otto, marketing manager for the Washington County Tourism Office. There’s also a wealth of events in March, including the Hurricane Mountain Bike Festival, the Zombie Rampage Spring Break Paintball Hunt (yes to hilarious themed activities, please) and three unique shows at the Tuacahn Amphitheatre, which is set amid red rock canyons.

The county encompasses multiple cities and towns, but Otto recommended staying in St. George. It’s “a fantastic place to based out of to explore all of Washington County, from the nearby Snow Canyon State Park to Sand Hollow State Park, which is a short drive,” she said. “Zion National Park and the surrounding Springdale area are easy day trips from St. George.” There, you can stay at the Inn on the Cliff, which has views for days; or get your relaxation on at the Red Mountain Resort, which is home to an award-winning spa.

Winter may be (hopefully) winding down, but March is a great time to ski or snowboard on a mountain like Steamboat. “Spring skiing is huge in March here,” said Maren Franciosi, digital communications manager for Steamboat Ski and Resort Corporation. “The weather becomes really nice and sunny — that classic Colorado sunshine — but there’s still great snow. Conditions are a little softer (you definitely have to put on your sunscreen), and it’s just a really nice time of year to come and enjoy the mountain.”

When you’re not zooming down the mountain, you can enjoy the free concert series that takes place in the base area on Saturdays in March, or explore the surrounding area. “We are known for our western heritage,” Franciosi said. “We’re still kind of a cowboy ski town and are surrounded by ranch land, which makes Steamboat so special.” You can embrace the culture while horseback riding (even in the winter, Franciosi pointed out) or staying at a western ranch like Vista Verde, about 28 miles from the mountain. (If you want to be more accessible to skiing and other mountain activities, you can spend your nights at The Steamboat Grand hotel or one of many ski in/ski out vacation rentals.) And when you need to recuperate from all of the adventure, you can hit up one of the area’s hot springs.

Chicago’s weather is pretty unpredictable: While it could be warm (or at least mild) in March, the temps could also be pretty chilly — but it’s still a worthwhile destination for anyone who takes St. Patrick’s Day seriously. “In Chicago, home to one of the country’s largest celebrations, the Chicago River is dyed green,” Hall said, noting that this year’s downtown St. Patrick’s Day Parade will take place on March 16. (There are other parades and festivities throughout the city that same weekend.)

And while you’re there, you can take in the city’s culture and energy through indoor and outdoor activities, depending on the weather. “For travelers on a budget, some free or inexpensive attractions to check out while visiting the city include the Chicago Cultural Center (home to the world’s largest Tiffany stained glass dome), Cloud Gate (aka The Bean) [and] the Lincoln Park Conservatory,” Hall said. Chicago’s also known for its theatre and comedy scene, and there’s no lack of shows to take in: Get your musical fix through Broadway in Chicago (psst: Hamilton tickets are still available for March) or at the intimate (but just as talent-packed) Mercury Theater; take in a play at the storied Steppenwolf; or laugh your way through an improv show at The Second City, The iO Theater or The Annoyance Theatre. When you’re hungry, you’re bound to find an incredible restaurant regardless of what you’re craving (after all, Chicago has a reputation as a winning restaurant city). And there’s certainly no lack of amazing hotels, from the historic Chicago Athletic Association to the ultra-chic LondonHouse, the latter of which overlooks the Chicago River — perfect for views of the St. Patrick’s Day green water.

Napa in March can be on the cool side (according to U.S. climate data, the average high is 64 and the average low is 40), but the weather is certainly still amenable for wine tasting and taking in the beautiful scenery — and could even make for a better trip than visiting in the summer. In March, “the wineries are all open and not usually crowded,” said Christina Pedroni, senior vice president of Liberty Travel. “[It’s] also a great time to secure reservations at some of the hottest restaurants, as the crowds are much less compared to the busy spring and summer season[s]. Check out Thomas Keller’s trio of Yountville Restaurants: the always hard-to-secure three Michelin-star The French Laundry; his traditional and perfect French bistro, Bouchon; and [the] comfortable, family style Ad Hoc.”

If you want a break from eating and wine tasting, consider activities like a bike tour or a hot air balloon ride; or just zen out at the spa, like the rooftop spa at the boutique downtown Archer Hotel Napa.

This article was originally published on Feb. 14, 2019