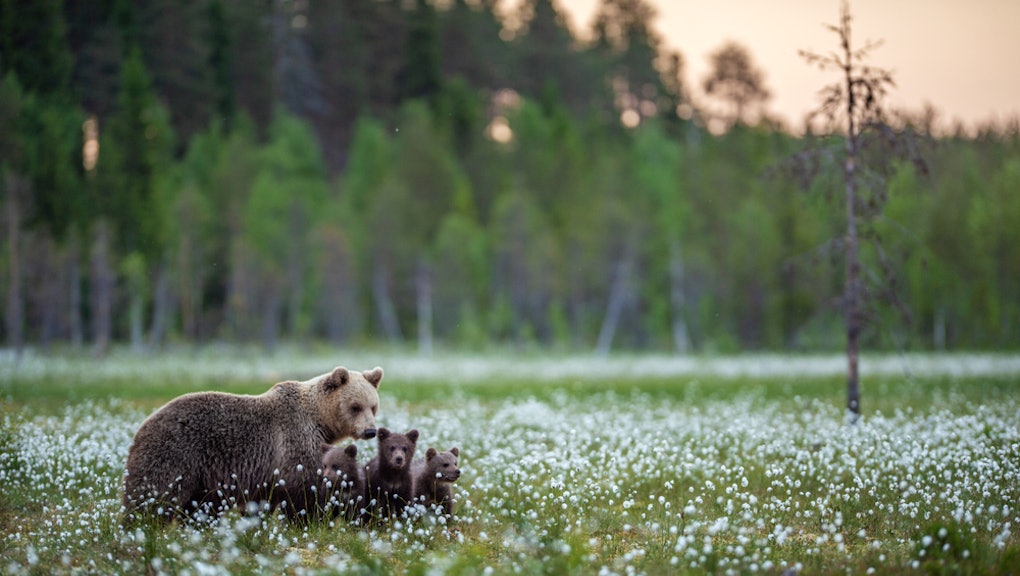 Add these ethical animal sanctuaries to your travel itinerary

Zoos and circuses are a popular way to see your favorite animals in the flesh, but they aren’t always the most ethical stop on your travel itinerary. As playful and lively as animals may be, they don’t exist purely for our enjoyment. But ethical animal sanctuaries are the perfect antidotes, allowing you to view majestic animals like elephants, bears and tigers in environments tailored to giving them the best possible lives. According to the World Ethical Animal Sanctuary Protection International, that means their mandate as a sanctuary is to rehabilitate animals from physical and psychological abuse, and offer educational and contact-free tours.

After visiting an ethical sanctuary, you won’t only walk away with a renewed appreciation for animals, but you get the benefit of supporting an organization devoted to animal welfare, contributing actively to conservation efforts. Here’s how to determine whether an animal sanctuary meets ethical standards — and a few of the best ones to visit across the world.

What to look for

There are a few governing bodies that ensure animal sanctuaries meet and adhere to specific rigorous criteria, but the one you should primarily look out for is the Global Federation of Animal Sanctuaries (GFAS), according to Delcianna Winders, VP and deputy general counsel of The PETA Foundation. ”It’s the gold standard of accrediting bodies,” said Winders. “They have a host of requirements that must be met. It’s a good and easy way to check if a sanctuary is ethical.” (Hint: Use the search function on their website for a comprehensive list of accredited sanctuaries.)

Although these animals are in captivity, they’re genetically identical to their relatives in the wild, and thus have the same physical and emotional needs, according to Winders. For elephants, bears and large cats, look for plenty of space to roam horizontally, and for primates, that means having lots of vertical space. Look for trees, lakes, plants and other natural wildlife that mimics the arrangement of their natural habitat, ensuring to do your research before you go so you know what exactly that entails. And of course, make sure they are in the company of other animals of their species.

You can probably live without that photo of a cute koala on your shoulder. In fact, any sort of physical interaction is wildly unnecessary if the animals have companionship within their own species. “They should be allowed to be themselves as much as they would be in the wild,” said Winders.

This isn’t to say that all contact with animals is problematic. When it comes to domesticated cats — the type you’d have as a pet — interaction is perfectly fine in most cases. Over the course of thousands of years, human interactions have actually altered a cat’s genetics to be able to live comfortably in a domestic setting. “They’re programmed after so many years to interact with humans,” she said.

But for many animals, the best thing is to keep hands off. In an ideal situation, she said the sanctuary will have set up webcams so that you can watch the animals from afar. This achieves two goals: It allows the animals to feel safe and comfortable, and gives you the opportunity to witness the animals behaving as their most authentic selves.

Most of what you might be accustomed to when interacting with animals in captivity is considered unethical. Riding and feeding the animals is a major breech since it robs them of their autonomy. Photos — especially flash photography — can intimidate and startle them, too.

“[Taking photos] is also a welfare issue for the animal,” said Winders. “These sorts of images on social media lead people to believe the species are doing well and causes people to donate less. And that undermines conservation efforts.”

The GFAS has accredited over 150 sanctuaries worldwide, and that’s a lot to choose from. We’ve broken down some of our favorites that are definitely worth the trip.

Spanning across two sanctuaries, Animals Asia primarily rescues bears that have fallen victim to the bile industry. In China and Vietnam, bears operate as “factory farms” in small enclosures so that bile can be extracted from their bodies through a tube and sold as a Traditional Chinese Medicine remedy. “They’re changing the entire practice and doing some amazing advocacy work,” Winders said.

At either location, you’re free to watch the bears nest in their cozy dens and wooden beds from afar.

This is where retired African and Asian elephants receive compassionate care after living as former props for movies, television and circus acts, and where formerly captive and abused bears, primates, and small and large cats receive rehabilitation.

“First of all, it’s completely massive,” said Winders. “The animals have large habitats to roam over hundreds of acres. They have pools for swimming and the companionship of other animals. A bear we rescued named Ben the Bear spent many years confined, and now he ignores people because he’s so happy to be allowed to be a bear.”

While interaction with the animals is off limits, the sanctuary organizes multiple special events each year to help visitors get to know the animals. Fall in love with one of them? Consider becoming a symbolic “adoptive parent.”

As the largest elephant refuge in North America, The Elephant Sanctuary is where 27 elephants roam free over 2,700 acres of land. They are never within the immediate vicinity of tourists, handlers or veterinarians. “They are trained for vet care through a barrier. They choose if they want their foot or ear examined through positive reinforcement,” said Winders.

You can learn more about the elephants, catch multimedia exhibits, outdoor classes and more at The Elephant Discovery Center in downtown Hohenwald. Depending on the time of day, you may even be able to catch live footage of the elephants thanks to on-site solar-powered cameras.