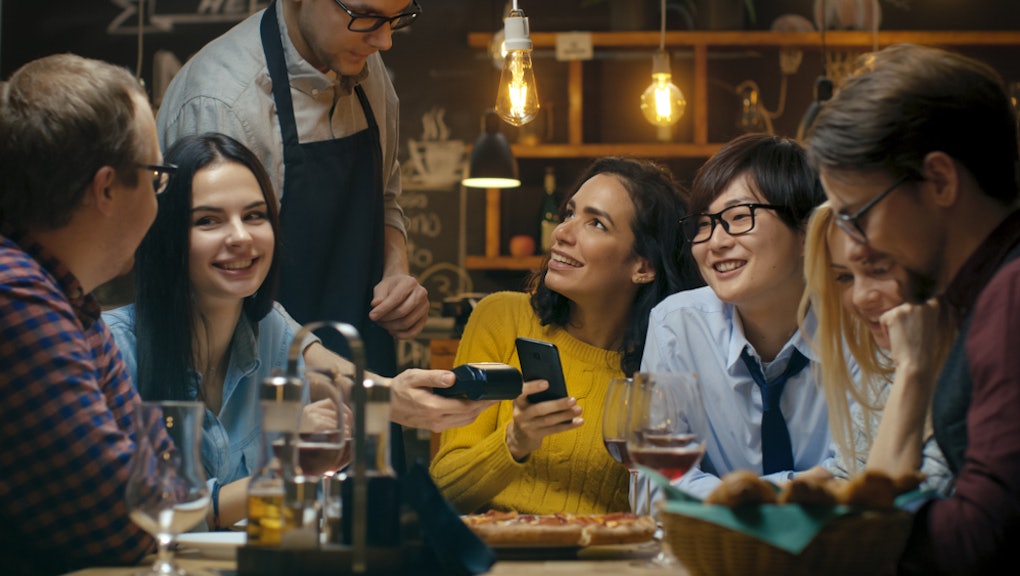 Traveling in groups looks easy from the outside — everyone’s either laughing by the beach or tucking into Instagram-worthy brunches. But behind those smiles were some potentially very uncomfortable conversations about money — ones that you, too, should be having next time you plan your next group trip.

There’s no reason to let money come in between you and your friends, though. Here’s what to do before you get there and when you land.

If you wait until you land to establish a budget for the trip, those who have extra financial leeway will have gotten their hopes up for more lavish accommodations, and those on a tight budget will have felt prematurely at ease. It’s safest to organize a group get-together ahead of time solely to plan how you’ll be allocating your funds, recommends Exantus.

“Being clear and upfront on who will pay what and how is important. Don’t leave anything to chance so make sure all scenarios are put on the table,” he says.

It can often be difficult for those on a tighter budget to voice their concerns, so make a concerted effort to book within everyone’s means. The same goes for the other way around: don’t be afraid to set boundaries about what you can and cannot afford.

“If this is a tight-knit group, lets say old college buddies or a group that has a long history together, then it’s important that the decision of budget-friendly or upscale is discussed ahead of time and all parties agree to the decision made,” says Exantus.

Once you’ve established a price range that works for everyone, he says you want to elect a single leader to spearhead all the itinerary mapping and bookings. This achieves two things: Firstly, when one person books for multiple people, you’ll likely be able to take advantage of group deals on hotel and excursion rates. Secondly, this provides the opportunity for the ring leader to communicate with group members privately about any financial concerns so no one feels singled out, he says.

However, he says that if the group isn’t particularly close — say, you’re a few co-workers traveling on business or leisure — it’s perfectly acceptable to book accommodations that suit your particular budget.

To level the playing field, Exantus says all-inclusive resorts are a particularly great option because you pay for accommodations, flights, food and entertainment in one swift transaction, with few temptations to leave the property and spend more than you planned. Popular chains with budget-friendly options include Riu, Iberostar and Beaches.

It sounds tedious, but you should definitely keep track of all your expenses on your trip. Seemingly small purchases like meals, drinks and Uber rides can add up quickly, so Exantus recommends tracking expenses by using a separate bank account for the vacation, using only one of your credit cards, or using an app like Splitwise, Splittr or Prava.

“Each have their own unique features but all have the ability to track spending within the app so that everyone knows what was spent and by who,” Exantus says.

Many restaurants won’t split the bill seven ways, so you might find it easier to pay on one credit card and figure out how you’ll pay each other back later. In this case, good old trusty Venmo is your best bet for tracking what you owe and what you have left to spend, he says.

But nickel-and-diming every transaction can be awkward and clumsy at times. If you do choose to foot the bill either from the goodness of your heart or you just can’t be bothered to do the math, do so without the expectation that your friends will return the favor.

“As long as paying for your friend doesn’t push your budget over then it is an individual choice that should be communicated up front,” says Exantus.

While money has the potential to make even the most relaxing trips stressful, just remember this: when you look back on the trip many years from now, what will matter is the great company you spent it with — not what you spent.