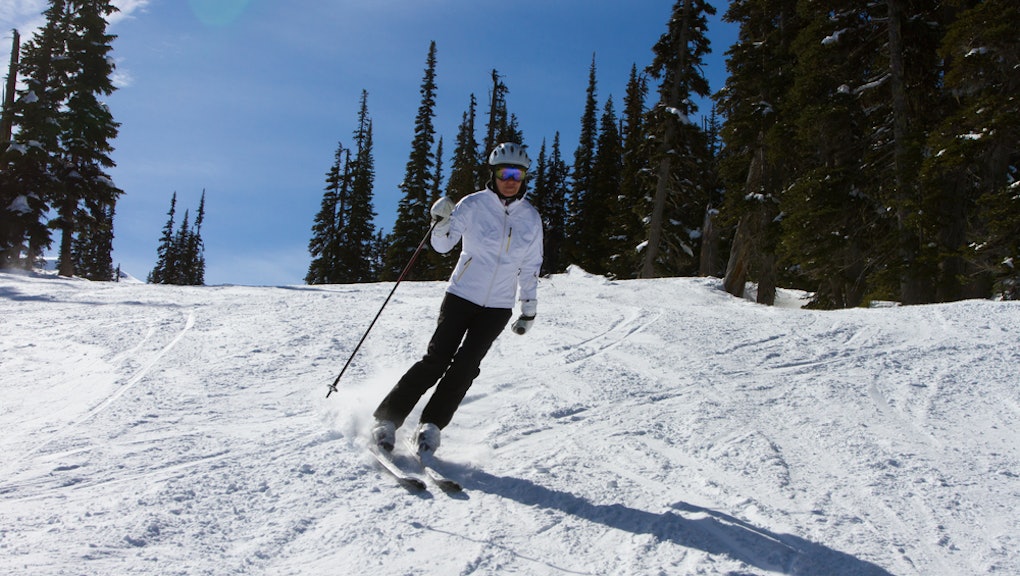 4 places you can ski well into spring

When March hits, some travelers are fully prepared to put winter behind them and focus only on destinations that involve beaches and sunshine — or are at least free of snow. But while the weather may be warming up, ski season is far from over. In fact, March and April can be some of the best times to hit the slopes. “When [people] think about spring skiing, they think about really sunny, warm days,” said Dan Sherman, chief marketing officer of Ski.com. “March is actually one of the snowiest months of the year; but that snow tends to fall at night, leaving the days bluebird [beautiful and sunny] and just really comfortable.”

When the sun is shining and the temps are warm, people can zoom down the mountains with the vents on their light snow jackets open and little worry about replacing the hand warmers in their mittens. Plus, Sherman added, the comfort level makes spring a perfect time for newbies to test the waters. “A lot of times [with] beginners, there’s a barrier to entry because of the cold — they’re uncomfortable,” he said. In the spring, though, they can hop on the lift in fewer layers and focus on the task at hand rather than get distracted by that discomfort.

And then there’s the mood: “In the spring, there’s a different vibe,” Sherman said. “There’s an overall...celebratory vibe, where another great season is coming to an end. A lot of resorts have big festivals ...concert series [and] there’s a lot of really great outdoor events.”

Ready to hit the slopes? Here are some of the best spots to ski this spring.

Breckenridge is one of Colorado’s most well-known ski destinations; and the conditions there tend to be great late in the season. “They’re located at a high elevation, so their snow stays better longer,” Sherman said. In fact, in January 2019, the mountain announced the extension of this and future seasons: Weather permitting, Breckenridge will be open to skiers and snowboarders through Memorial Day.

Bonus: “They also have really great spring festivals,” Sherman said. Breckenridge Spring Fever, for example, includes a long list of events, like a Chili Cook Off and a mountain concert series.

Park City, Utah, may be the spot that you hear about most; but Utah is home to plenty of ski destinations — including Snowbird. According to Ski Utah, Snowbird offers the longest ski season in the state, which makes sense, considering the mountain’s high elevation (11,000 feet at the highest, according to outdoor clothing and gear retailer, Marmot). As Marmot noted, the snow on Snowbird tends to be plentiful and dry in the spring, making perfect conditions for skiers of all levels.

The resort is offering a spring lift-and-lodging deal for spring skiing from April 7 through May 5, 2019 — but it’s possible the season will go even longer than that. Per Ski Utah, Snowbird hasn’t announced an official closing date yet, but the mountain is expected to be open until May 18.

Whistler, Canada was home to several 2010 Winter Olympics competitions; and it’s still a favorite destination for skiers from around the globe who come to the twin peaks of Whistler and Blackcomb mountains. But one of the coolest things about this destination is its variety: “They...have really great late season conditions,” Sherman said. “The base of Whistler is pretty low, so in the spring there could be mountain biking on the lower part of the mountain but still really great powder skiing snow conditions at the top.”

California may not be the first place to come to mind when you think of skiing, but it’s actually one of the best places you can go for consistently great conditions — especially in Mammoth Lakes, home to Mammoth Mountain, where the summit sits at an elevation of 11,053 feet. “Mammoth has the deepest snow pack in North America,” Sherman said. “They’ve announced they’ll be open through the 4th of July at least — so since they’re going to be open through mid-summer, you can bet that their spring skiing is going to be phenomenal this year.”

And when you’re not cruising through the powder in the spring sunshine, you can take your pick of events to attend. Mammoth Mountain’s calendar is full through the season with activities like the weekly Woolly’s Saturday Parade, the weeklong Oakley Invades Mammoth event and the bound-to-be-entertaining Pond Skim.

Forget winter; is it spring yet?