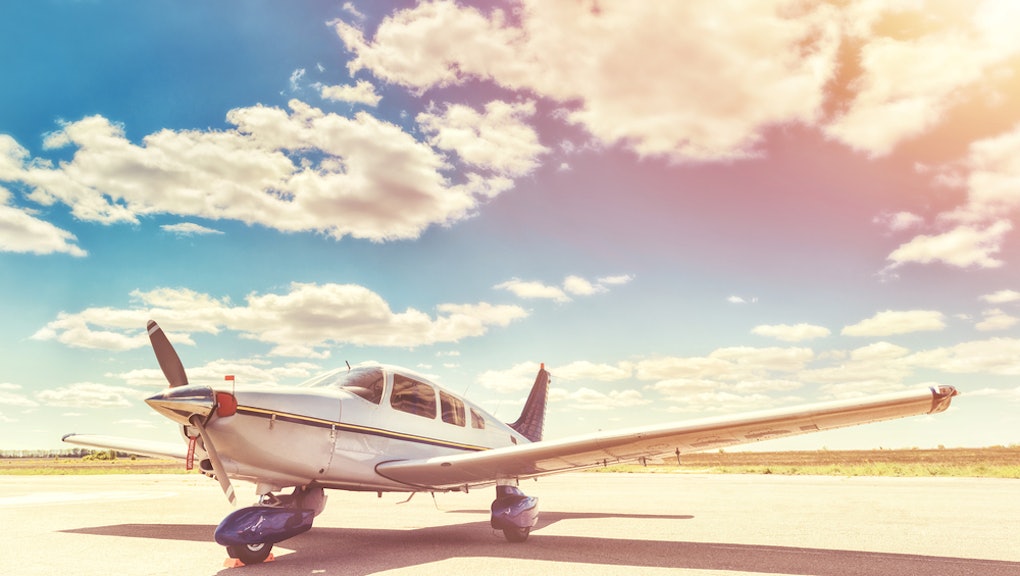 As airports continue to expand their offerings to rival those of small cities, layovers are no longer considered the drag they once were. If you’re lucky enough to touch down in the ideal city, your layover might double as a mini vacation within a vacation.

Depending on the length of your layover, you can either take advantage of the growing number of entertainment and dining options within the airport, or venture into the city. Here, a few options on your next layover if you’re flying through four common spots.

As the main American Airlines hub, Dallas Forth Worth is one of the busiest airports in the world. While the airport is less than a 30-minute drive from Dallas and Forth Worth, there’s no need to venture out into the Texas heat given the array of offerings within its five terminals.

According to Kevin Gray, Dallas-based food, drinks and travel writer and the editor of Bevvy, you can keep yourself occupied inside the airport at one of the many bars or airport lounges. Try French-Texan fusion at Whitetail Bistro by Kent Rathbun or unpretentious wear-a-bib Texan fare at Salt Lick Bar-B-Que. “There’s also a yoga studio [at Terminal B] to work out some kinks and an observation area where aviation enthusiasts can watch planes take off and land,” he said. An impressive multimedia art installation features the commissioned works of 30 artists throughout terminal D and the outdoor sculpture garden.

If you’re experiencing cabin fever, even closer to the airport and northwest of Dallas is the city of Irving, celebrated for its diverse cuisines, according to Gray. Radizio Grill’s unlimited carved meats will get you nice and sleepy for your flight, while Zeytin’s authentic Turkish cuisine will fill you right up — just in case the food on your flight is either unpalatable or non-existent.

The largest and busiest airport in Africa offers a mix of high-end shopping, spa services and both gourmet and fast-casual dining. Within the airport, a viewing deck provides a 180-degree view of all aircraft activity.

“Johannesburg is a major layover spot and there are numerous activities worth it in the area,” said Gregory Fox, founder of Mahlatini Travel.

He recommended the half-day Soweto Township tour guided by a local to interact with Johannesburg citizens, hear their untold stories, listen to their music and sample their traditional food.

Alternatively, during a half-day tour to the Apartheid Museum, you will also visit the home of former president and anti-apartheid activist Nelson Mandela. “For the ultimate selfie opportunity, stop off in Nelson Mandela Square with its larger-than-life Mandela statue,” he said.

To refuel before boarding your next flight, Fox recommended the famous high tea at the Saxon Hotel.

What’s great about Munich’s airport is that it’s a microcosm of the city itself. You’d be hard-pressed to walk a step without being swept into a lively biergarten with beer brewed on site, or a restaurant serving up Bavarian delicacies.

Reaching a peak of 44 million passengers last year, the airport is equipped for heavy traffic and extended stays. On offer are several airport and aircraft tours for aviation fanatics and curious travelers alike. Free-of-charge recreation areas are a quiet place to nap among plants — and when you’re impatiently en route to a tropical climate, that’s all you can ask for. When you wake up, stretch your legs by cycling along the airport’s 11-mile bike path surrounded by lush greenery.

Visiting the Munich International Airport late fall might be worth a plane ticket alone. Over 450 Christmas trees surround a giant skating rink where you can rent skates and practice curling. The yearly Winter and Christmas Market features 44 different stands and vendors serving up festive foods and souvenirs.

If there’s any time to get stuck in the Addis Ababa airport, it’s now. Its original infrastructure was designed to support the traffic of six million passengers annually, but a January 2019 expansion now accommodates 22 million passengers. Among its numerous restaurants are the luxurious members-only Cloud Nine Lounge, Gold, and ShabaMiles lounges.

With over 10 million monthly passengers flying on its numerous Dreamliner 787s, Ethiopian Airlines is the most profitable African fleet, and third busiest on the content. “If you fly with Ethiopian Airlines via their hub in Addis Ababa, you can experience a free layover,” said Iga Motylska, the South Africa-based founder of Eager Journeys. The Interline Desk will arrange your accommodations provided that your layover is between eight and 24 hours.

Your best bet is to stay at the five-star Ethiopian Skylight Hotel adjacent to the airport. It features 373 rooms, a gym, gift shops, a mini golf driving range, a heated outdoor swimming pool, and, most importantly, the largest Chinese restaurant on the continent.

Located less than four miles southeast of the city center, a quick visit to the Red Terror Martyrs’ Memorial Museum or the Holy Trinity Cathedral are both productive ways to kill several hours.