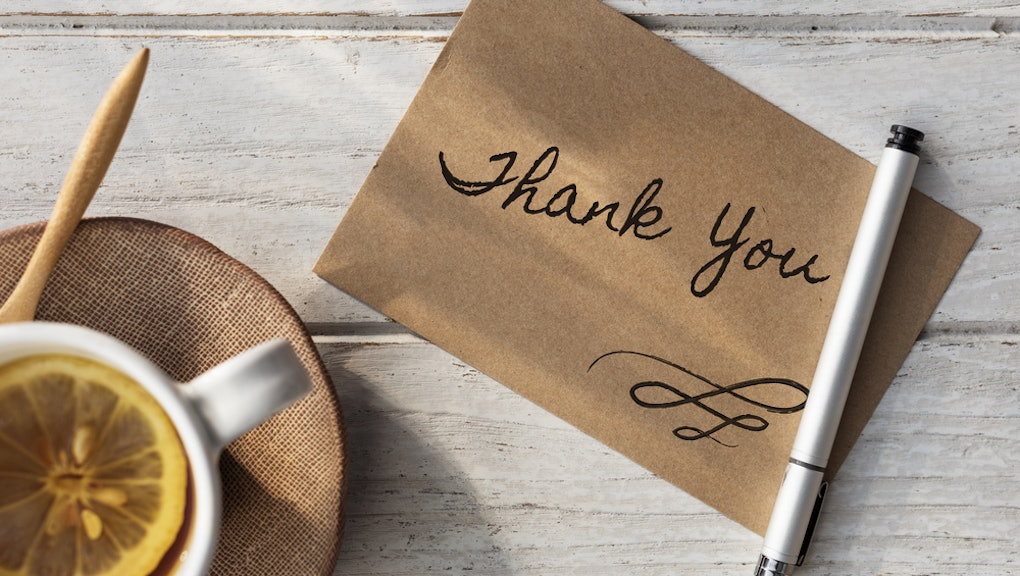 3 ways to decline a job offer without burning bridges

Finding a job is so tough that rarely do we pause to decide if it’s worth it to accept an offer altogether. But given that the U.S. Bureau of Labor Statistics found that 312,000 jobs were added to the economy late last year, capping the yearly total at 2.7 million jobs compared to the 2.2 million added the year before that, we might be able to afford to be a little pickier with the way we spend eight hours a day.

Declining a job offer can feel like an awkward dance of both standing up for yourself and keeping all your proverbial bridges intact. According to LinkedIn career expert Blair Decembrele, “Overall, you’ll want to be professional and kind to everyone involved in the interview process as this may not be the end of your relationship with the hiring manager or company. Since more than 70 percent of professionals get hired at a company where they have a professional connection, and two-thirds of professionals say they plan to help someone advance their career in the future, keeping a positive relationship even when you don’t take the job could give you an advantage down the line.”

There are a number of reasons why you might turn down an offer. According to corporate recruitment firm Robert Half, that can include a lack of opportunity for vertical movement, an unfit company culture and unmet salary expectations. Sometimes, the reason is a little more nebulous and difficult to pinpoint — a gut feeling, you might call it.

Here’s how to turn down a job offer professionally.

Once you’ve made your decision to go a separate direction, notify them immediately. You want to allow the hiring manager to promptly move forward with another candidate and fill the role as quickly as possible.

“While it’s appropriate and very common to decline a job offer via email, a phone call is more gracious and will give you the opportunity to speak directly with the hiring manager,” said Decembrele. “If you can’t get them on the phone in a day or so, hit send on that email.”

Think of it as an act of paying it forward: “You might be passing along an opportunity that will make a huge difference to someone else,” according to Andrea Isabelle Lucas, author of Own it All: How To Stop Waiting For Change and Start Creating It. Because Your Life Belongs To You.

If you were turned down for a position, chances are you’d want feedback on why you didn’t make the cut. Extend that same courtesy to the hiring manager. After all, no one is better equipped to provide objective feedback about the position or hiring process than a third-party professional like you. “It could even help them to re-evaluate parts of the role if needed. Keep it brief and honest,” said Decembrele.

It might be tempting to deliver the news using the “sandwich method” to ease the blow, which quite literally sandwiches a negative comment in between two positive ones. But research from the Journal from of Behavioral Studies in Business found that might undermine your message and obscure your main point.

Instead, be direct, but do so in a way that’s respectful. First, thank them genuinely for the offer and for having been considered for the role. Then, provide a brief and honest explanation for declining. Then, “Be sure to call out specifically anything the hiring manager may have said or done along the way that stood out to you,” said Decembrele. “Even if you call to turn down the job, send thank you notes to anyone you interacted with during the process.”

Remember: It’s a business decision, and they won’t take it personally. And if you’re still wondering how exactly to proceed, the University of Ohio Department of Engineering Career Services provides a handy customizable template for graciously declining an offer.

Declining the job offer doesn’t signal the end of your professional relationship, according to Decembrele. In fact, it could open the door to new opportunities. After you’ve declined the offer, connect with them on a professional networking service like LinkedIn or give them a follow on Twitter (be sure not to overstep your bounds by sending them personal direct messages since this can feel like an invasion of privacy or an erosion of your professional relationship). In having you in their network, they’ll be more likely to consider you for other roles either within the company, or refer you to other outside opportunities where you might be a better fit.

“Leave things on positive terms with the potential employer,” said Lucas. “Avoid hurting their ego or flaking out on your communications with them. You never know, they may be connected to your next boss and you want to stay on good terms with everyone in your professional network.”