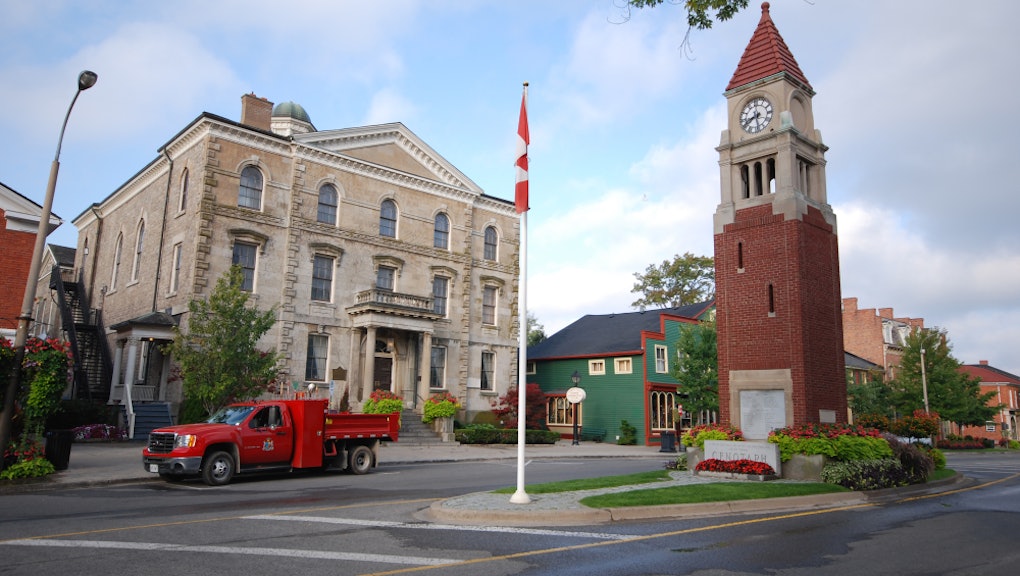 There’s a reason big cities become tourist hotspots: They tend to be hubs of culture, entertainment and dining — and they’re typically fairly accessible by plane from almost anywhere. But while cities like Chicago, Brussels and Boston are well worth visiting; there are also equally worthy destinations sitting a stone’s throw (or a couple-hours drive) from their airports. Here are five small (or smaller) towns you can visit just outside the big cities.

Saugatuck is a popular destination for Midwesterners, but this idyllic lakeside oasis is worth adding to your travel bucket list regardless of where you’re coming from. “Part of the draw is Oval Beach, a sandy shoreline that feels like an ocean-front beach instead of a Midwestern lake front,” said Phil Santoro, co-founder of VacationRenter. In fact, as Santoro noted, the beach was named one of the best beaches in the world by Condé Nast Traveler.

While you could spend your entire trip hanging out by (and in) the water, the tiny town of Saugatuck has plenty more to offer, from boutique shopping to incredible art galleries. Santoro recommended visiting the Saugatuck Center for the Arts and Saugatuck-Douglas History Center, as well as experiencing more of the outdoors with a Saugatuck Dune Ride.

Phoenix and Scottsdale tend to get all of the glory, but Arizona is a big state, so it’s no surprise it has more to offer. “Prescott is a historic town at an elevation of 5,200 feet surrounded by ponderosa pine forests, picturesque granite rock formations and lakes,” said Julie Hall, AAA spokesperson. “A former territorial capital, Prescott has a historic district that [is home to] the territorial Governor’s mansion and the...John C. Frémont House.” Both buildings, now part of the Sharlot Hall Museum, date back to the 1800s when Prescott was the Arizona capitol. But the museum isn’t the only way to experience Prescott’s history: You can step back in time with saloon-crawl along Whiskey Row and make a historical hotel like the Hassayampa Inn or Hotel Vendome your home for the trip.

And, of course, no Arizona trip would be complete without some quality time exploring the great outdoors — and Prescott is a perfect setting to do so. “While Phoenix bakes under the hot sun, temperatures are generally much milder [in Prescott] thanks to the elevation,” Hall said. “It’s a great destination for outdoor recreation including camping, hiking, fishing and horseback riding.” As if that wasn’t enough, you can also check out Prescott from the sky with a hot air balloon ride.

Closest Airport: Brussels Airport, about one hour by car or train

Travelers who want to to experience a Belgian destination a bit more intimate than Brussels often head to the medieval city of Bruges — but you can go even further off the beaten path without straying too far from the airport. “Sandwiched between Brussels and the popular Bruges, Ghent has only recently started attracting tourists,” said Veronika Primm, a travel blogger at TravelGeekery. “I personally find it more amazing than Bruges. The city center is walkable, has a number of stunning buildings of all styles [and] there’s a lovely water canal flowing through the city. You can relax on its shores, have amazing food and take in the lively vibe of the town.”

You can walk around on your own, taking in the city’s storybook architecture, or join a tour through the rivers and canals for a new perspective. The city is rife with breweries, so you can fuel up with a different brew everyday; and on Sundays, as Primm noted, you can class it up by enjoying oysters and cava while you stroll through the local flower market.

“Often overlooked by its impressive neighbor, Niagara Falls, and overshadowed by the lure of Toronto, Niagara-on-the-Lake is a charming town with lots to offer,” said Karyna McLaren, co-founder of Kosan Travel Co. While the actual Falls in Niagara Falls are well worth a visit, Niagara-on-the-Lake offers a bit more of a variety for your itinerary — all in a beautiful Victorian setting. The town is in the heart of Ontario’s wine region, with 30 wineries you can visit. “If you aren’t a huge fan of wine, check out some of the local cideries and distilleries,” McLaren said. “[I] personally loved the Niagara Getaways self-guided tours — you hop on a bike, grab a map and hit the road!”

Niagara-on-the-Lake is perhaps best known for the Shaw Festival, a live theater festival that runs from April through December; and if you go during that time, you’ll have a selection of 13 plays to choose from. But even if you’re not into theater (or wine), there’s still plenty more to do. McLaren recommended visiting the Fort George Historic Site to be “transported right back to the War of 1812,” tasting some world-famous fudge at Maple Leaf Fudge and “indulg[ing] the senses” at the Neob Niagara lavender festival. “The purple-tinged lavender fields are a sight to behold,” McLaren said.

“The specter of the 1692 witchcraft trials still looms over Salem, and you’ll want to investigate some related attractions,” Hall said, referencing the infamous Salem Witch Trials, during which more than 200 people were accused of and tried for practicing witchcraft. There are countless ways to delve into that history while in town, including seeing a live trial reenactment with History Alive Salem and visiting the 17th century home of trial judge Jonathan Corwin and the Salem Witch Museum.

“But not everything here is about the village’s somber history,” Hill added. “There are more lighthearted things to see and do, including amazing museums such as the Peabody Essex Museum, charming shopping areas and divine restaurants.”