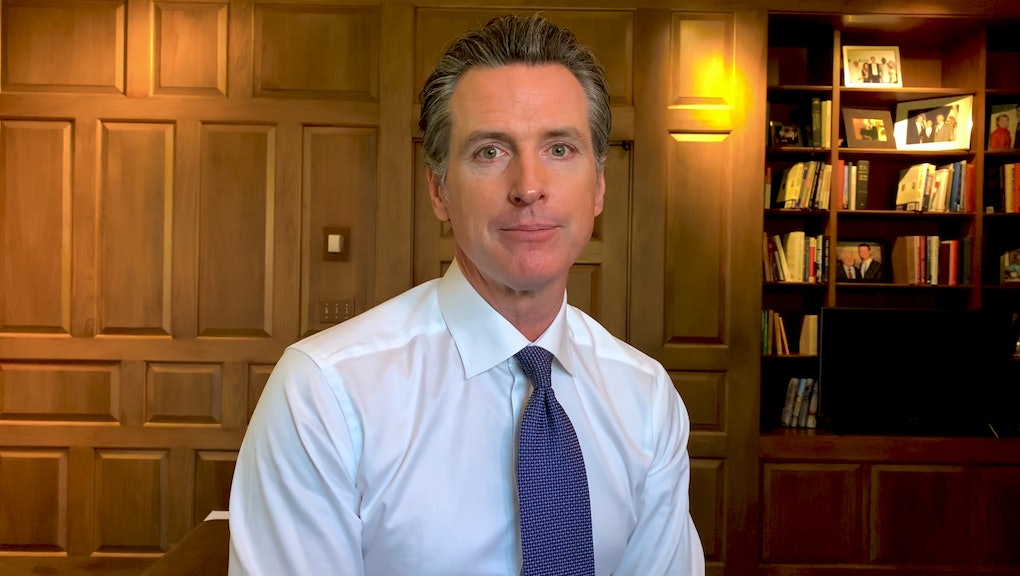 California governor Gavin Newsom thrust himself into the national spotlight last week when he issued a moratorium on the death penalty in California, a decision which resulted in temporary reprieve for all 737 people on death row in the state.

On Monday, Newsom explained his decision to issue the controversial executive order in an exclusive video op-ed for Mic, outlining why he believes the death penalty represents an unjust and discriminatory policy.

“I’m governor now of a state with more people on death row than any other state in the nation,” he said. “I cannot in good conscience sign off as a governor has to — on the premeditated state-sponsored execution of hundreds of human beings.”

Newsom cited disparities in how people of color and mentally ill individuals are treated on death row as one of the principal motivations behind his decision.

“There’s no such thing as equal justice,” he said. “Not when two-thirds of death row are people of color. Not when a third of those on death row represented have severe mental illness. Not when the criminal justice system that treats you better, it’s been said by others, if you are rich and guilty versus poor and innocent.”

California has more death row inmates than any state in the nation. Although none will be released from prison, the executive order resulted in the immediate dismantling of the state’s death penalty chamber at San Quentin prison, as well as the withdrawal of California’s lethal injection protocol:

Newsom’s decision was met with immediate praise from criminal justice advocates, celebrities and other policymakers on social media.

But his decision also drew opposition from conservatives, including President Donald Trump, who tweeted that the “forgotten” friends and families of the victims are “not thrilled and neither am I.”

The moratorium is set to expire when Newsom leaves office (his term currently runs until 2023). In order for the death penalty to be permanently abolished in the state, it would need to be repealed by voters in a ballot initiative in an upcoming election. Previously, two such initiatives which were on the ballot in both 2012 and 2016 narrowly failed.