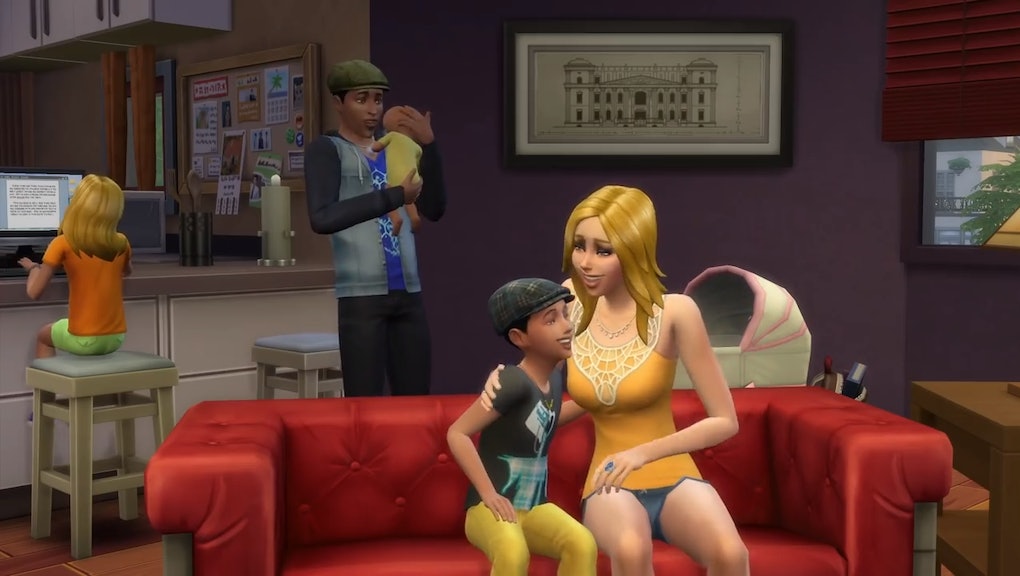 There’s something fascinating about becoming the overlord of your own little personal digital family. When The Sims first debuted back in 2000, it was a revolutionary game that allowed us to create digital avatars, the houses they lived in, and dictate their lives as we saw fit. It was glorious – and one of the best ways to while away an afternoon. You could create your crush and force them to flirt with you, or spend hours painstakingly building the cast from your favorite sitcom and watching them interact with each other. And while it might have been awhile since you last played the game, thankfully there are several games like The Sims you can check out now.

Just as The Sims has grown and evolved over the years, you might be looking to expand your horizons with something new, but similar that channels the same kind of vibe the classic game had. If you grew up spending all your spare time with your Sims creations, you’ll definitely want to sink your teeth into one of these modern options that channel some of the classic game’s ’00s vibes. These five picks are all like The Sims in one way or another, so they should do the trick very nicely.

Nintendo’s whimsical yet totally bizarre Tomodachi Life is one of the best iterations on the Sims formula yet, and it’s also the weirdest. Literally translated as “friend life,” this quirky life sim is full of scenarios that will make your head spin, like going on a beachside walk with Christina Aguilera, or singing in a metal band with your best friends. Pretty much anything can happen — even things you aren’t expecting.

That’s because you’re responsible for bringing all the characters to life by editing Nintendo Mii avatars and setting them free on your new island home. That means if you want to populate the game’s apartment building with Game of Thrones characters, that’s totally allowed. From there, you can check on your Miis from time to time, watching them interact with each other and even entering relationships that can eventually result in marriage and children.

You’ll want to take care of all the Miis you bring on board, and it’s quite fulfilling – just like The Sims can be, although this is a much less realistic spin that’ll have you laughing out loud at its absurdity more often than not.

If Sim City was more your speed, or the wacky Theme Hospital scratched that itch for running your own medical facility, spiritual successor Two Point Hospital should be right up your alley.

In this game, you’re tasked with building your own hospital from the ground up. From hiring staff to the physicians needed to diagnose your patients, the decisions are all yours to make.

Of course, no one ever said this was a realistic hospital. Patients stream in with strange afflictions like “Cubism,” where they begin to resemble the surrealistic painting style, or “Light-Headedness,” which doesn’t mean what you think it does. Instead, their heads turn into gigantic light bulbs. The game’s playful nature perfectly channels The Sims, as do its hilarious patient interactions and the nostalgic art style. You may not be managing your Sims’ entire lives in a title like this one, but making sure they’re not suffering from hilariously weird diseases is pretty fun, too.

Picture this: You’ve just moved into a village populated solely by animals. You’ve got a whole island to yourself, a humble little house, and nothing but time to catch bugs, go fishing, and interact with all the friendly folk who are all too happy to welcome you to their village. As time passes, you’ll come to know your animal friends as some of your greatest companions as they write you letters, come offering gifts, and even spill secrets to you that they wouldn’t tell anyone else. You can even make a modest living selling your wares in town and supporting local businesses – like the nefarious Nooks, who are all too happy to chain you to a loan at the start of the game that you’ll be paying off for some time.

It’s fresh, portable, and friendly, and you can spend hundreds of hours interacting with the animals. Like The Sims, it has no end, so you could presumably play for years. Just you and your animal friends, hanging out, until the end of time.

My Time at Portia

This pleasant little adventure has you taking over your father’s workshop and building it back up to its former glory. Like with Harvest Moon and other open world sims before it, that means your work is cut out for you. There’s an entire town to spend time in as you befriend those who live there, scout out materials and items for crafting, get into fights with others, and even fall in love.

It’s like living a second life, which is obviously akin to what you’re usually trying to do in The Sims, after all, right? It’s all here, just on a larger and more interactive scale. Each of the townsfolk has a unique personality and full voice acting as well, so no Simlish here for you to have to parse.

My Time at Portia is a lot more complicated than The Sims, but it’s also more fulfilling, too. When you build a new life for yourself among the colorful community and see your father’s old workshop hustling and bustling again, you’ll feel like a million bucks – kind of like when your Sim gets pregnant after trying for what seems like forever.

Stardew Valley is one of the most engrossing simulation titles out there right now, offering a wide variety of activities to take part in. While you’re mainly responsible for your own player character’s well-being, you still get to build a life for your own digital avatar as you interact with the world around you.

And oh, how you will interact! You’re tasked with taking care of your newly-acquired farm land, and that means cleaning it up, removing rocks and weeds, planting seeds, watering them, harvesting them – every single step of the way. But as you make a steady living for yourself on the farm, you can also find love with one of the townsfolk, adopt a pet, and live the farmer’s life you’ve always dreamt of having. It’s like living the idyllic countryside dream, but far more pixelated.

A word of caution – once you get started playing any of these games, you might not want to stop.