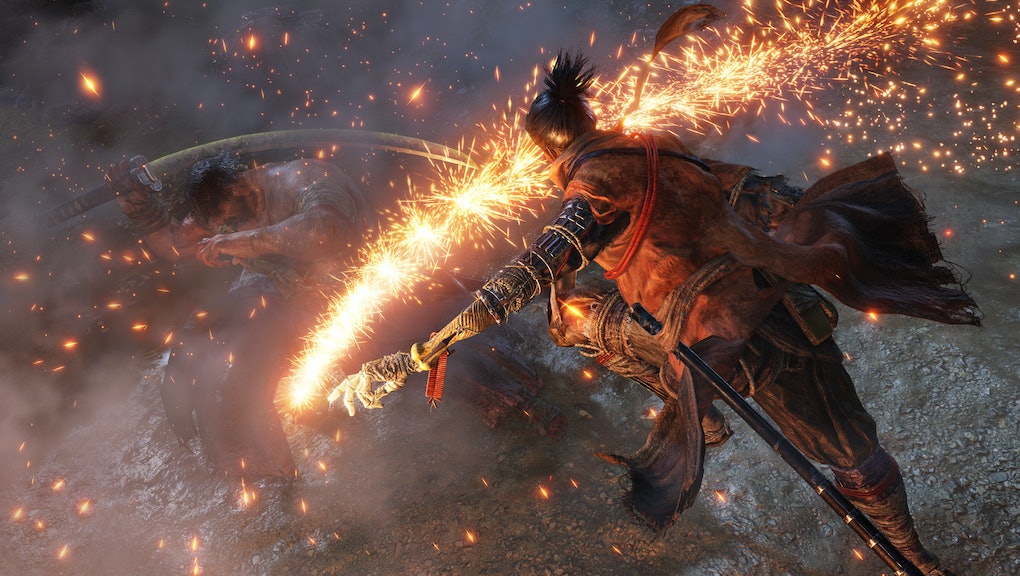 Sekiro: Shadows Die Twice is the latest entry in FromSoftware’s notoriously difficult video game library. For FromSoftware veterans in the crowd, here’s how hard it really is compared to some of the company’s other products: It makes Dark Souls and Bloodborne look like a veritable cakewalk. It combines the best of hack-and-slash action with RPG elements to make a satisfying and brutal experience that’s also extremely frustrating – but only if you don’t know how to approach it. Don’t worry, though. These Sekiro: Shadows Die Twice strategies for beginners will help you out when you pick up the game for the very first time.

As said, Sekiro is punishing and unforgiving, so you’re going to need every possible advantage you can get if you want to come out on top. If you’re having difficulty making progress, or you’ve just started the game and aren’t quite sure where to go from here, check out these strategies, as they’re ones that any Sekiro player should know.

1. Hang Onto Your Coin Purses

Being resurrected can often leave you without sen, the game’s currency. It’s a precious commodity, and you won’t get very far without the cash to ensure you can purchase what you need. There are items called Coin Purses that you’ll receive in-game fairly early on, with both Light and Heavy versions. The Coin Purses contain a fair amount of sen, and you can use them to fill your reserves back up when your coffers are running low. Since your Coin Purses don’t diminish when you die, you’ll still have them for emergencies later on when you’ve lost most of your cash.

With that in mind, don’t use them as soon as you get them, even if you think a quick addition of cash will help you out. You never know when you’re going to kiss it goodbye in Sekiro, so think of them as a “rainy day resurrection fund.”

2. Master The Art Of The Deathblow Early On

Sekiro utilizes an intriguing combat and health system that you may be unfamiliar with when you begin the game. Each enemy (including you) has their own Vitality and Posture bar. Vitality is essentially your health and stamina. As you take damage, the bar will continue to drain. The Posture bar, which is right beneath it, will continue to fill if you complete defensive actions.

Watch for your enemy’s Posture gauge to fill up and you’ll have the opportunity to perform a Deathblow. Deathblows are one-hit kills that you can use to wipe the floor with lesser enemies. You can’t use it against bosses except to drain their health, but it can be an extremely useful tool to ensure you don’t get caught up wading through the smaller areas of the game and dying over and over to lesser enemies when there are bigger fish to fry. To pull off a Deathblow, just enter combat as usual and wait for a red circle to appear on your enemy. That’s when you’ll know it’s time to strike.

3. Choose Your Penalty For Dying Wisely

Dying in Sekiro unfortunately does give you a penalty, but there are ways to game the system to come out on top. There are a few important concepts to understand surrounding death in the game. When you die, you can opt for Resurrection, Unseen Aid, or death penalties. The choice is up to you.

As soon as you fall in battle, you can come back to life with the press of a button and resume fighting where you left off. This is known as Resurrection. You can keep track of it with the gauge to the bottom left of your screen, with glowing pink circles. Having a full one means Resurrection is possible. You can’t immediately resurrect after having just done so, and you can use your limited uses up. Choosing to take a break and resting at a Sculptor’s Idol will help restore them.

If you can’t resurrect, you’ll simply die. Dying will result in losing half of the sen (currency) in your inventory as well as half of your experience. This can be extremely frustrating, unless you utilize Unseen Aid. Unseen Aid will let you retain your experience and money and you’ll be notified if you received it when you’re resurrected.

Unfortunately, it’s essentially randomized. The more times you die, the fewer times you can expect to receive Unseen Aid. If you rely on resurrection often, you could receive an item called Rot Essence. It will continually lower your Unseen Aid’s percentage, and eventually it will get so low that your chances of receiving Unseen Aid are practically nil. In this, it’s best to try and resurrect as few times as you can – easier said than done, we know.

Dying can also spread an affliction called Dragonrot. This can eventually cause NPCs to become sickened or weak, and even die. This could mean you may even be locked out of certain missions in the future, so be very careful when playing if you don’t want to miss out on everything the game has to offer.

4. Don’t Try To Skip Out On Fighting

It can be tempting to try and breeze past the enemies in Sekiro, since dying does penalize you. But that isn’t the best course of action. While the game does reward some stealth play, relying on it too much will mean you’ll miss out on combat experience, which offer you skill experience.

When you’ve accumulated enough skill experience, you’ll get points that you can use toward a range of helpful skills. Trying to avoid conflict because you want to avoid dying isn’t going to help you in the long run, so you might as well get in some practice slashes and see where it leads you. Practice makes perfect, after all.

5. Make Copious Use Of Your Prosthetic Arm

Throughout the game, you’ll be faced with several different tools that can be quipped as part of the Shinobi Prosthetic, or the arm that will become indispensable in battle. Be on the lookout for Prosthetic Tools that you can equip and utilize to start ripping through your enemies – at least a bit better than you can with your sword alone.

Items like the Shuriken Wheel can help transform your arm into a “Loaded Shuriken” launcher, while others can grant you the power of flame or a powerful axe. You will need to take special items to the Dilapidated Temple and speak to the Sculptor there if you want to augment your prosthetic arm further, so make sure you return there often as you earn additional items to improve it.

It can mean the difference between winning and losing a battle, so be careful to employ it as often as is needed.

Utilize the five strategies above and you’re sure to find the game just a little bit easier.