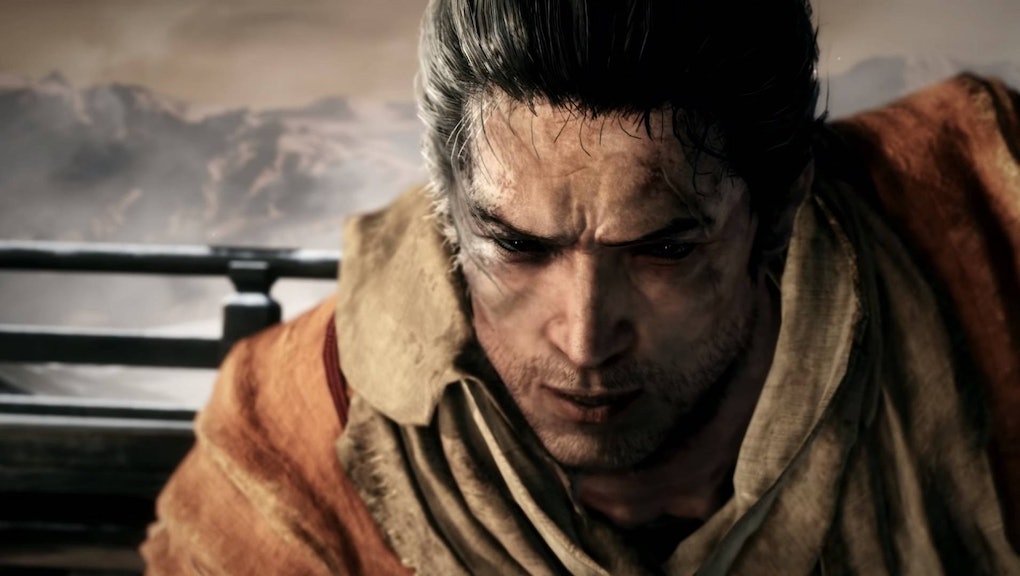 If you’ve just jumped into Sekiro: Shadows Die Twice, chances are you’re going to be preoccupied for a bit. The game may be enjoyable, but it’s also extremely difficult. When you do eventually power through it, you’ll no doubt be looking for something tough to tackle next. Thankfully (or not), these 10 games like Sekiro: Shadows Die Twice are just as hard, and you’ll want to check them out when you’re finally ready to move on from one of the most austere swordplay-centric games around – or when you just want to take a break and play something similar.

No matter what kind of games you’re typically into, this list should be of service, as long as you’re up for a challenge. Just make sure to take a break every so often with a less punishing game, perhaps. All work and no play, you know.

FromSoftware’s veritable masterpiece Dark Souls gets a well-deserved HD update with this definitive version of the game. A challenging, organic world shrouded in darkness awaits you, rife with plenty of hidden areas to explore, lore that goes far beyond what’s typical for the genre, and breathtaking yet macabre views that beg you to stop in your tracks and take it all in. This third-person action game is nowhere near as fast-paced as Sekiro, but it’s credited, along with its predecessor Demon’s Souls, with spawning the genre, which FromSoftware has since capitalized on.

Bloodborne was the next step for the Dark Souls series, representing a fantastic evolution from game to game and tweaking concepts the Souls games introduced and elevating them even further. The gloomy streets of Yharnam await you as you traverse a haunting, terrifying world rife with nightmarish monsters who want to tear you apart at all costs. Luckily, tight combat mechanics and a wide expanse to explore make the crazy difficulty feel like an afterthought, as you can’t wait to see what’s happening next thanks to some excellent world building. If you devour the Souls series, you should absolutely try Bloodborne next.

Dark Souls II: Scholar of the First Sin was an important next step for FromSoftware as it worked to enact meaningful changes in the game world it established in the first title. it allowed players to make their own way through the game with unique experiences with the intriguing Covenant system, and introduced the warping mechanic to help newer players get accustomed to its punishing environments a little quicker – not everything has to be so difficult, sometimes, and FromSoftware seemed to acknowledge that with this entry. Moreover, it’s another delicious slice of frustrating but tasty cake that you’ll want to dive into headfirst.

The final entry in the Dark Souls series takes elements peppered throughout the entirety of Dark Souls and Dark Souls II and makes for an inviting amalgam of tough but fair boss fights and a new Weapon Arts system that changes up combat significantly. There’s also the addition of a mana bar for spells and special weapons, which makes things a bit more bearable when facing ff against other players. As a tradeoff, it’s a bit less accessible to newcomers, but it’s heavy on lore, bombastic boss encounters, and everything a Souls game needs and deserves to wow fans looking for their next great challenge. Hopefully FromSoftware decides to return to its roots with another entry in the future.

Team Ninja’s Nioh is everything a Souls game has, and more. It’s also one of the closest analogues to Sekiro: Shadows Die Twice on this list. It wraps up an engaging story in some particularly nerve-wracking boss fights, imaginative monster encounters, with stance-based combat that forces you to think on your feet. There are several levels to fight through, each with their own set of themed monsters and objectives, and it will repeatedly make your blood boil. But when you’ve sat the controller down after conquering a particularly hard section, you’ll never have been more proud of yourself for sticking it out. Nioh is a beast, but one that you should absolutely attempt to tame.

This Metroidvania-styled side-scrolling RPG is expertly executed, and top to bottom a must-play for Sekiro fans. It’s a completely different genre almost, but it’ll make you grit your teeth just as frequently, don’t you worry about that. You take the form of a slime-like creature who take control of a corpse in a dungeon, and you must fight your way to the exit. It may sound lighthearted, but it’s anything but. As you rack up upgrades and kit out your corpse over the course of the game, you’ll become more powerful, but so will the enemies. And when you die, that’s it, you’re toast. There’s no coming back. Good luck with this one.

This 2D action role-playing game looks a sight different from any of the FromSoftware titles on our list, or Sekiro, in fact. But don’t let its pixelated aesthetic fool you. It’s similar in scope to the Souls series, with over 600 items for players to pick up and use and a wide variety of weapons to tackle the enemies that come their way. Players must work their way through various islands and warehouses called “Sanctuaries” and earn salt to gain additional power as the “Saltborn,” hence the title. It may look like a much more inviting game, but don’t mistake its looks for simplicity – it will make you rue the day you ever decided to start it up. But that’s what you’re looking for after all, isn’t it?

Hollow Knight is another Metroidvania title, because they do indeed seem to be some of the most frustrating out there. You follow a mysterious knight on a quest to unravel the secrets of the insect kingdom of Hallownest, faced with hostile bugs and all sorts of other creatures as the game rolls by. There are several permadeath elements in-game, various skills, and ridiculously powerful bosses who could eat you for lunch – and probably would in the real world, since you’re a bug and all. It’s entrancing to look at, and even more satisfying to play, especially if you want a dose of portable challenge.

Titan Souls takes you to a world beyond Earth where the spiritual source of everything living on the planet resides. After pieces are scattered all over ancient ruins guarded by massive titans, one hero must brave the massive enemies’ onslaught of attacks, armed only with a single arrow, and come out of it alive. Do I even have to tell you this game is hard based on the description? The open-world 2D top-down adventure game features a hero who can only take one hit, so as you make your way through to try and defeat 19 different Titans, take a guess at how many times you’re going to be slamming down the controller in frustration. That won’t spoil your fun, though! It’s actually a really great game – I promise.

Do you like your games dark? Darker than that? Darkest, you say? You’re gonna love Darkest Dungeon, then, where you’re tasked with managing a roster of heroes as you explore the basement of a gothic mansion your character was inherited. With a mixture of real-time exploration and turn-based combat, there’s a lot to keep track of here, such as stress levels for characters, ravenous enemies, and procedurally-generated dungeons that keep popping up with new and even harder challenges to conquer around every corner. You won’t have time to catch your breath, but that’s the way this game rolls. Make sure to give it a try.