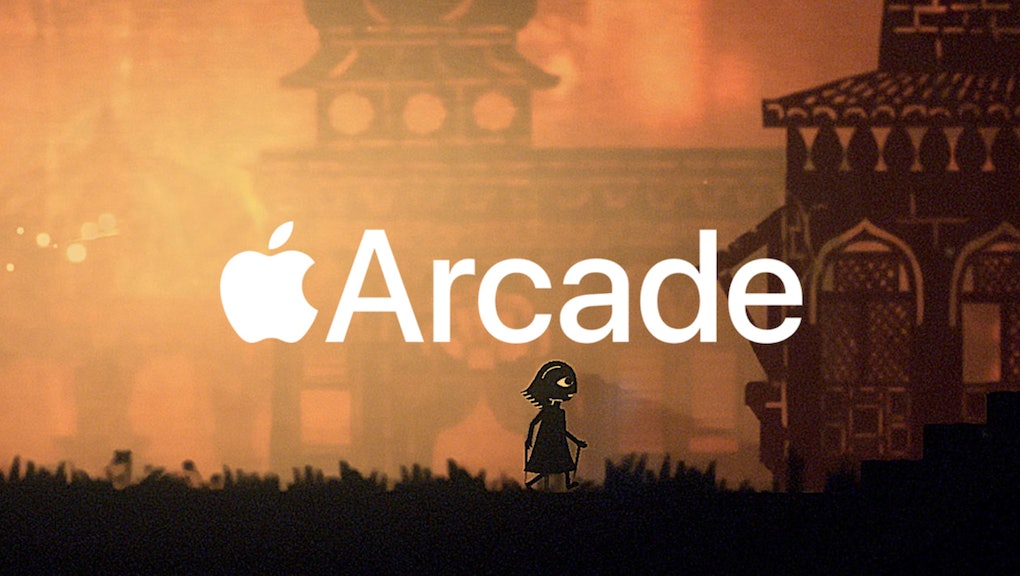 Everything you need to know about Apple Arcade, the company’s new gaming subscription service

Apple is aiming to change the way we approach mobile gaming with its newly-announced app subscription service, Apple Arcade. During their “It’s Showtime” event in Cupertino, CA, the company unveiled plans for its new service, which will offer over 100 new games exclusive to the platform for a flat monthly rate. In return, players get unlimited access to games, both online and off, without shelling out extra cash for microtransactions or additional playtime options. In a nutshell, the Apple Arcade service promises to offer convenience and expert curation that makes it easier to devour more mobile games on a regular basis.

If you missed Apple’s presentation or just want to learn more about the upcoming game collection ahead of its release, here’s a rundown of all of the key takeaways.

What is Apple Arcade?

Apple Arcade is a game subscription service that gives players over 100 games to choose from and the ability to toggle between all of their devices, including iPhone, iPad, and Mac.

Curated by “expert editors” at Apple, all of the games included on the service will be devoid of ads, ad tracking, and in-game purchases, and take a stringent stance on protecting user privacy. In addition, every game will be playable offline and many will also offer controller support.

“We are working with some of the most innovative game developers in the world to create over 100 new and exclusive games to play across iPhone, iPad, Mac and Apple TV. Apple Arcade games will be great for families, respect user privacy and will not have ads or require any additional purchases. We think players of all ages are going to love Apple Arcade,” said Phil Schiller, Apple’s senior vice president of Worldwide Marketing, in the company’s press release.

The Arcade service will draw from the Apple App Store’s selection of nearly 300,000 free and paid games, which is already “the world’s biggest and most successful game platform,” according to Schiller. Apple will also be contributing to the development costs for games on its service and will work alongside developers to bring their new projects to life, though the company has yet to specify exactly how they’ll collaborate with creators.

What games will be available?

Apple stated there will be over 100 new and exclusive games, including those from well-known creators like Hironobu Sakaguchi, Ken Wong, Will Wright (the creator of Sim City), and “dozens more.” Apple also confirmed that the service will include titles from Annapurna Interactive, Bossa Studios, Cartoon Network, Finji, Giant Squid, Klei Entertainment, Konami, LEGO, Mistwalker Corporation, SEGA, Snowman, ustwo games, and many others that have yet to be announced.

The games that were showcased during the announcement include Team Sonic Racing, The Pathless, Sayonara Wild Hearts, Where Cards Fall, and Hot Lava. One particularly interesting tidbit revealed during the presentation was Beyond a Steel Sky, a sequel coming to the service that picks up where the classic ’90s adventure game Beneath a Steel Sky left off. The sequel will be bringing distinct visuals and a polished new style of gameplay to Apple devices.

What can you use Apple Arcade on?

You’re good to go with any of your Apple devices, including iPhone, iPad, and Mac, as Apple Arcade will get its own dedicated tab on the App Store via iOS, macOS, and tvOS. Thanks to the Handoff feature, subscribers can pick up and play where they left off after switching to a new device. This means you can enjoy your favorite games on your Mac and then keep them going on your phone, perfect for when you’re heading out of the house for your morning commute and don’t want to interrupt gameplay.

Pricing information hasn’t yet been made available, but given Apple’s tendency to place many of its subscription-based services at $9.99 or similar price points, it’s likely Apple Arcade will cost around that much.

When will Apple Arcade launch?

There is no exact date for the launch just yet, but Apple Arcade is poised to arrive in fall 2019 in over 150 countries. With E3 2019 just around the corner on June 11-13, it’s possible Apple may set a date soon for another Special Event that’ll offer additional details and confirm an actual launch date.

If you’re someone who purchases a lot of mobile games or simply likes to keep new titles in rotation, you could potentially get a lot of mileage out of this exciting new service.