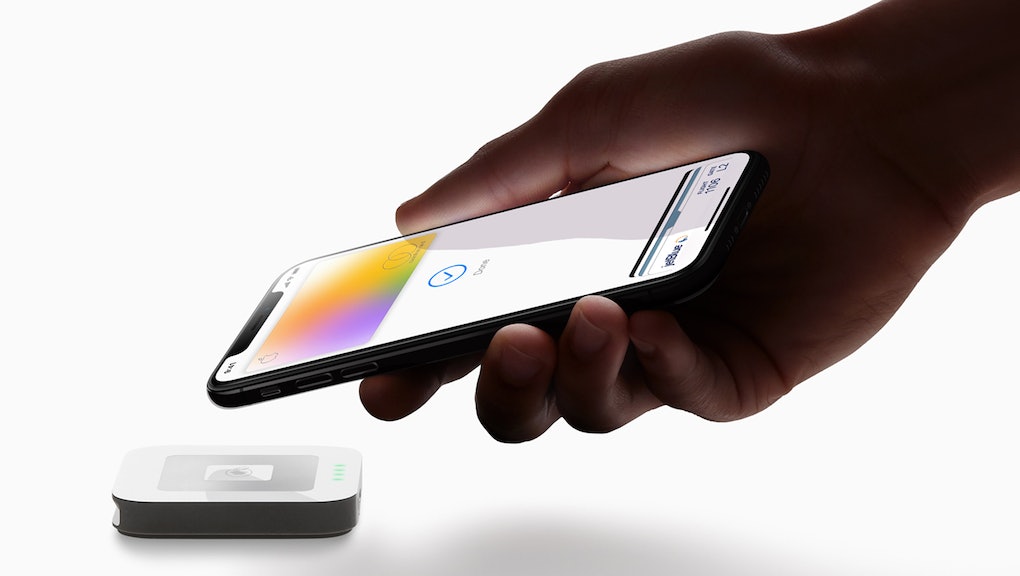 On Monday, Apple announced that it’s coming out with a credit card, the Apple Card. Not only is this big news for Apple lovers, but also for Goldman Sachs — it’s the first consumer credit card they’re issuing. On their website, Apple calls the card: “A new kind of credit card. Created by Apple, not a bank.” Of course, no two credit cards are exactly the same — some have higher annual percentage rates while some offer more rewards (if any). That said, here’s what we know about Apple’s new credit card, which becomes available to qualifying applicants in the U.S. this summer.

It lives in your Wallet app

The physical Apple Card has no numbers on it

Perhaps the most unique part of the Apple Card is that it has no physical numbers on the actual card. Instead, it’s just the Apple logo and your name, which should quell any fears you may have about someone using it. Instead, Apple Pay’s security features are built in: Face ID, Touch ID and unique transaction codes.

You earn Daily Cash for every purchase you make

While some credit cards have you earn points, the Apple Card has you earn Daily Cash. In other words, every day, you get a percentage of your purchase back and it works just like cash. What you choose to do with it is up to you, from using it toward another purchase or sending it to your bank account. Of course, you can also put it toward your Apple Card bill.

The percentage you get varies depending on where you spend the money: you’ll get 3% back on everything you buy from Apple and 2% back whenever you use Apple Pay. However, if a vendor doesn’t take Apple Pay, you’ll still get something back: 1% as Daily Cash.

It comes with its own spending tracker

If you’re familiar with Mint or other budgeting apps, the Apple Card has a similar feature to help you track how you’re spending your money. It’s done through color-coded categories like Entertainment (orange) or Food and Drinks (pink). So, you can easily see where your money goes most, then adjust your spending accordingly. You can also see how much you’re spending in weekly and monthly summaries.

And, if you want to see even more detailed spending, you can look within each category to see exactly how much you’re shelling out on Food and Drinks, or what have you, through your Apple Card, as well as how much you spend at one particular place, like Starbucks. Although the press release announcing the Apple Card said you can send Daily Cash to your bank account, it did not get into specifics about how linking will work or if you’ll be able to link other cards to the tracker.

Interest rates — and payment due dates — are variable

Some may say that interest is the worst part about having a credit card (or several). Well, with the Apple Card, Apple states that it will try to help you when it comes to interest — as of March 2019, the variable APRs range from 13.24% to 24.24%. For instance, if you cannot pay your balance in full each month, the card will estimate your interest for you once you pick what you can pay, whatever the amount. Apple did not get into further specifics about interest.

As for your payment due date, with Apple Card, it is the last day of the month, although you can also set up weekly or biweekly payments to align with your payday. The card will also give you smart payment suggestions so that you pay more than you usually would; hence, you can pay off your balance faster, which can also help you save on interest.

You may get fraud alerts with your current credit cards, but the Apple Card takes this one step further — if you see an unfamiliar charge, integration with Maps will help refresh your memory as to whether you made the charge (or not). Maps will show you where you purchased something, and when — it’ll not only tell you the vendor’s name, but also show you on a map.

Customer service is a text away

With the Apple Card, instead of waiting on hold for customer service, you can just send a text with your question or concern, and 24/7.

We’ll have to wait til summer to see just how different the Apple Card is than other credit cards out there, and whether their new payment option will become just as ubiquitous as iPhones and AirPods.