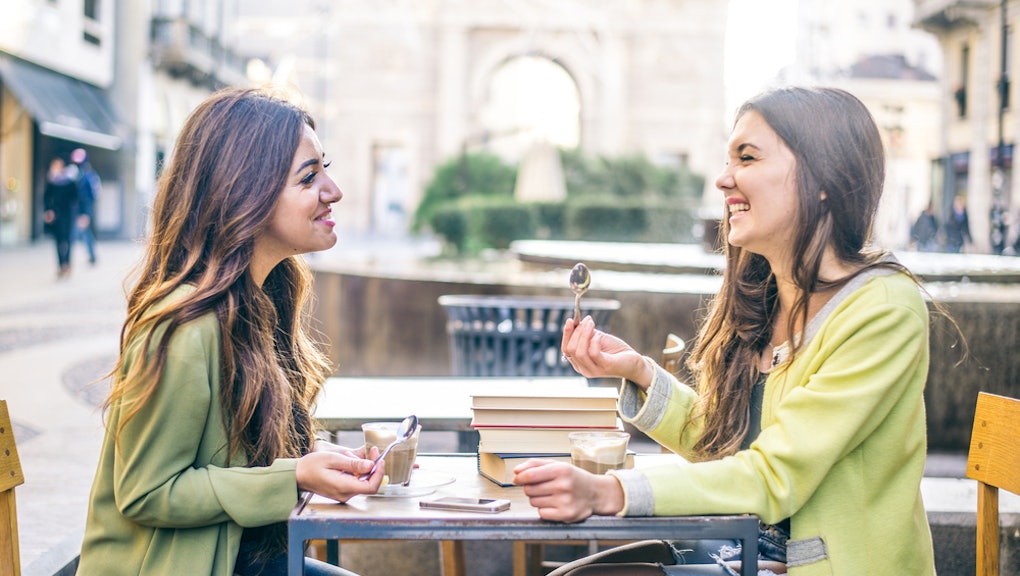 How watching Netflix can actually help you learn a new language

That smattering of high school Spanish or Duolingo Japanese may help you say hello, goodbye and thank you while traveling abroad, but if you really want to immerse yourself in a new culture, learning the language and being able to communicate, even simply is key. Chatting with peers in an Uber Pool, co-workers during an assignment in a new place or while trying to make your way as a digital nomad abroad may be the ideal, but how do you transfer those words you’ve memorized to actual language speaking?

Below, a linguist and language instructor share their tips for learning a new language, retaining the information and actually being able to speak, read and effectively exist beyond English.

Start with a class

Nearly every linguist interviewed for this article recommended starting learning a new language with an introductory course, which can help guide you in pronunciation, structural rules and vocabulary. Courses can be found via continuing education programs at local universities, bookstores, private language institutes or online, with programs and apps like Babbel, Verbling or LingQ.

Dr. Jason Jolley, department head and professor of Spanish, Missouri State University also recommends picking a language you’re actually interested in — if you’re going to Germany for work but have no desire to learn German, good luck pronouncing those umlauts with passion.

Exposing yourself to parts of the new language that you’ll actually comprehend, “is crucial for acquisition to occur,” says Dr. Jolley. He recommends getting “authentic” exposure via reading (children’s books or blogs can be a good introduction), interacting with native speakers, listening to music and watching shows and movies (hello, Netflix) in the language you’re learning. This will also help you learn how the language is actually used, and what phrases, idioms or slang are common, as opposed to just building a textbook understanding.

And while actively listening is encouraged, communicating in your new language, no matter how limited your ability to express yourself may be, is crucial. “Practice should really be thought of as using the language to communicate. Interaction and creating and interpreting meaning are the keys, so anything that encourages the learner to communicate with other users of [their] second or third language will lead to more acquisition, better retention, and faster retrieval,” Dr. Jolley said. He recommends sending emails, texts or voice messages to native speakers, or interacting via social media, like Instagram or Snapchat.

“There is a lot of second language acquisition, SLA, research that supports the argument that language uptake happens quicker when content is relevant,” said Vera Rapcsak, applied linguist. “Learn vocabulary that you will actually use, and is relevant in your life. Verb tenses and conjugation is really just memorization.” She noted that language learning takes a lot of time and dedication; practicing at least three hours a day can really help improve your skills. And yes, that’s a large time commitment, but the immersion strategies above can certainly help — watch your favorite show with dubbing and subtitles in the language you’re learning, commute with a podcast in your new language, change your laptop and phone’s default language as well, to immerse yourself in practical, everyday ways.

While everyone learns at different paces, cramming thousands of new words and grammar structures into your brain weeks before you depart overseas — especially while probably planning an itinerary and settling all your work obligations at home — may not be effective. Dr. Jolley recommended starting your target language one to three months before you want to use t to communicate. “People need to have realistic expectations,” he said. “Gaining an intermediate or advanced level of proficiency takes thousands of hours of exposure, practice and communication. Just think how long it took you to learn your first language!” Your proficiency goals may also dictate how much time you need to spend learning your language — do you want to be able to order fish at the Greek market or converse with locals in a Parisian cafe?

The best way to strengthen your language skills? “Go out and meet people!” Rapcsak said. “There is a theory in SLA called the noticing hypothesis, basically that we pick up on these unfamiliar expressions or vocabulary items because they are marked, meaning they stand out when someone uses them.” For example, in a language other than your native one, you’re more likely to notice a slang word or term because you haven’t heard it before. “Then you figure out the meaning from the context and practice using it on your own.”

And when you’ve concluded your travels, Rapcsak, recommended continuing to practice your existing language skills, as not to lose them. “You have to keep using and practicing the language,” she said. “Even if that means passively listening to a radio show or podcast. Make sure that it is still integrated into your daily routine.”

Add to your international dictionary

So you’ve already mastered Spanish and have a comprehension of French, ready to take on Italian? Adding to your language arsenal may be easier after you’ve studied a new language. “Learners discover learning strategies that are transferable to other languages, and if the third or fourth language is similar to the first or second positive transfer can propel the rate of learning,” Dr. Jolley said.

This is especially true if the languages are linguistically similar, like the aforementioned romance languages, so load up your international Netflix queue and start planning that big Euro trip.