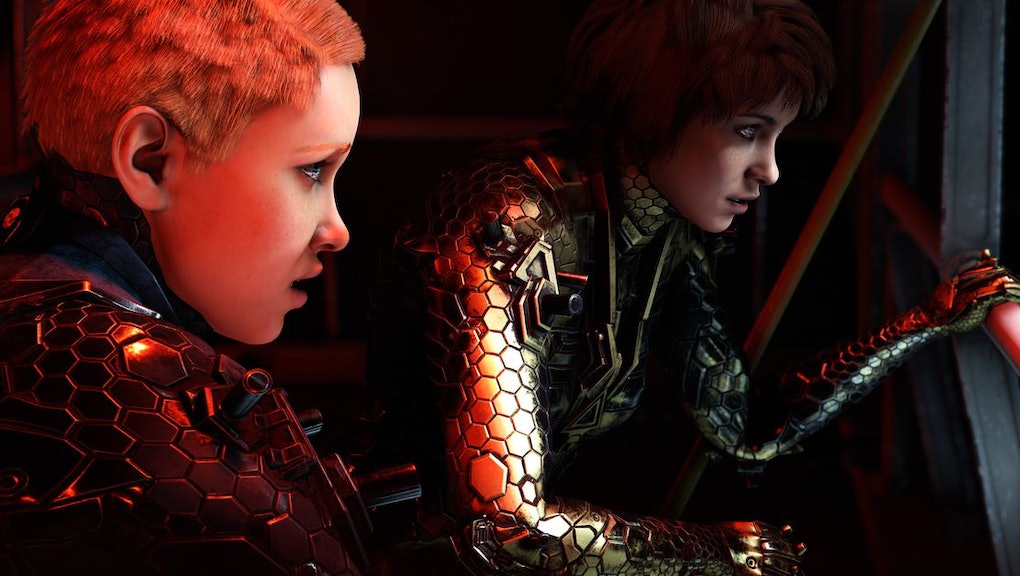 How to use the ‘Wolfenstein: Youngblood’ Buddy Pass to play the game with all of your friends

The visceral first-person shooter series Wolfenstein has typically followed protagonist William “B.J.” Blazkowicz and his crusade against the Nazis who wish to infect the world with their caustic brand of hatred. Blazkowicz has been shouldering the responsibility ever since Castle Wolfenstein debuted in 1981, but now it’s time for his kids to take the reins. And excitingly, the March 27 trailer for Wolfenstein: Youngblood (below) not only shows B.J.’s daughters taking charge, but reveals that the game will come with two different versions: the regular retail package and a Deluxe Edition, which comes with a new Buddy Pass. But how does Buddy Pass work with Wolfenstein: Youngblood, exactly?

Few details are given in the trailer about what Buddy Pass will mean for players of the new game, which arrives on July 26. Yet from the information I’ve gathered, I’ve found that it’s going to be an important part of co-op play for people looking to enjoy Wolfenstein: Youngblood with their pals. Here’s what to know.

The Buddy Pass will allow players to enjoy the game together, with one player taking on the role of Sophia and one acting as Jessica, Blazkowicz’s twin daughters. They’re the first playable female characters in a Wolfenstein game, and Youngblood sees them taking over from their father in a colorful, ultra-violent vision of 1980s Paris. Although not a lot is known yet about Jessica and Sophia’s individual abilities, it’s clear from the trailer that they’re more than combat-ready, which makes the idea of being able to share the game experience with a co-op partner even more thrilling.

How do you get Buddy Pass?

To access Buddy Pass, one player must purchase the Deluxe Edition of Wolfenstein: Youngblood. They can then give someone else the included Buddy Pass, so the two can play the game together. The downside is that the pass will only function if both players are playing at the same time, but the upside is that the second person will get to experience the entirety of the game for free – even if it’s only when the Deluxe Edition owner is actively playing, too.

The pass can be shared among multiple friends. However, only one player at a time can jump into the game while the Deluxe Edition owner is playing. The Buddy Pass is reusable, though, so if you have different partners you want to enjoy the game with, you can definitely do that, as long as it’s one at a time.

How much does Buddy Pass cost?

The Buddy Pass comes with the game’s $39.99 Deluxe Edition at no extra charge. The basic Youngblood edition is $29.99, so aside from a few extras like costumes and weapons, you’re essentially paying the extra $10 solely for the privilege of bringing a friend into the game.

In a nutshell, if you’re planning on checking out the newest entry in the Wolfenstein series, it might make sense to pay for the Deluxe Edition in order to get the Buddy Pass and recruit your friends. Taking out bad guys isn’t a job only one person can handle, after all.